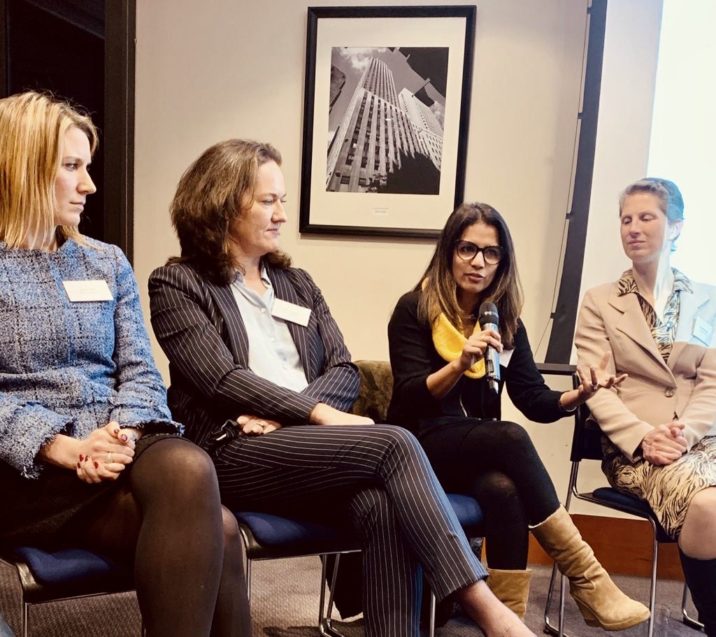 For young women launching careers in private real estate, one question that is front of mind is how to stay the course and make it to the top.

“Women are coming in at equal levels at the grad level and then they are dropping off and not so many are making it to the senior levels,” said one audience member, addressing a panel of senior women at a WIRE London networking and recruiting event last month. “What is something you did right in that middle stage of your career that got you to the senior level?”

Samantha Lake Coghlan, partner at Goodwin Procter, replied that women need to make themselves more visible in the workplace: “Women are very good at working really, really hard. It doesn’t matter that nobody sees you, you know you work really hard and someone is going to notice at some point. Well, they might not.”

She added: “Opportunities will come up and most women shy away from them. They don’t think they’re good enough yet, it’s not quite perfect. It’s the biggest issue for women not moving forward. Just try it. At worst, you’ll learn a load. If you fail, you will learn a load. That’s the worst-case scenario.”

Meanwhile, Jenny Hammarlund, managing director at HIG Capital, stressed the importance of socializing. “What I found incredibly useful and what I wish I had started earlier is networking more,” she said. I think that’s something that a lot of women don’t do. Male associates and analysts will go out frequently for drinks or when they walk into a conference, have no issue going and talking to people that they don’t know. And a lot of the women don’t really want to go out drinking, or even when they do go to conferences or dinners, they’re not comfortable talking to strangers, especially if those strangers are older men.”

The earlier that women start building their base of industry contacts, the better, she added. “The network you build is almost everything in terms of career development, and the people that you meet early on, people move around, they go to different places and if you stay in touch with them, you suddenly have a vast network of people, and the longer that goes, the more senior those people get and the powerful your network gets. So talk to as many people as you can and maintain those relationships.”