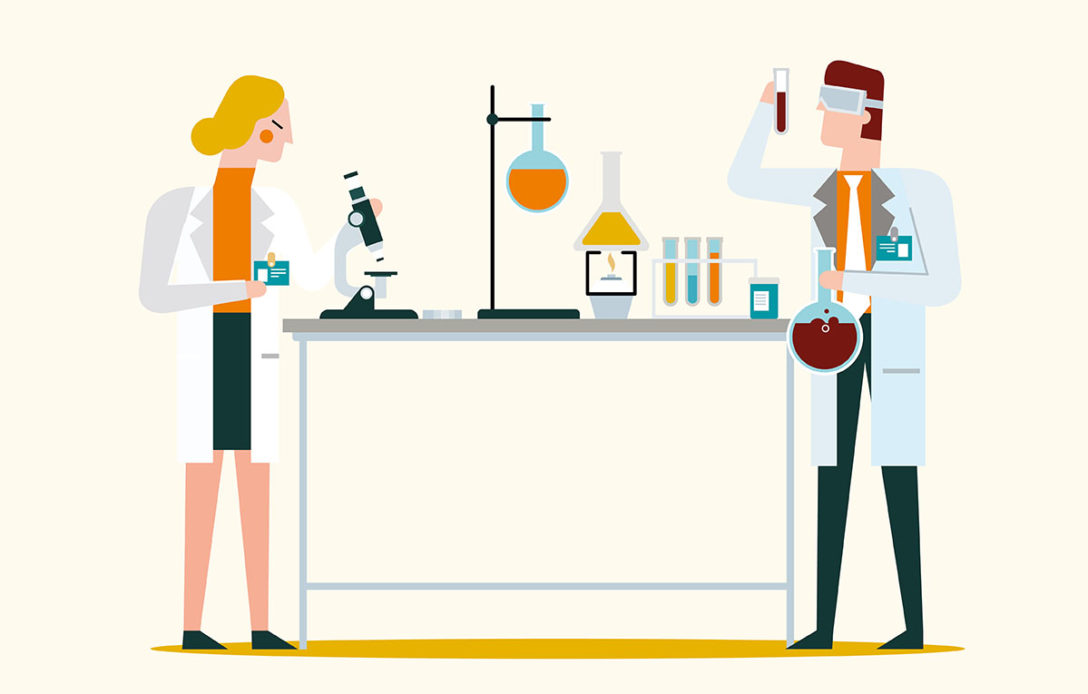 The covid-19 pandemic and the worldwide search for a vaccine has thrown the life sciences sector into the limelight. However, its longer-term growth is considered structural and resilient to economic cycles. Life sciences are broadly defined as those concerned with living organisms, but the commercial sector is primarily concerned with biotechnology, pharmaceuticals, biomedical devices, genetics and genomics, the sciences delivering drugs and products to serve the aging populations of developed nations.

Global healthcare spending is set to hit $8.7 trillion for 2020, according to JLL, while annual pharmaceutical sales are expected to hit $1 trillion in 2024. Much of the sector’s growth comes from venture capital investment, which has been growing at 15 percent a year in the US and totals more than $6 billion so far this year.

Companies in these fields are being driven by the same forces as other participants in the knowledge economy; in particular clustering, as they recognize that locating close to other market participants brings productivity benefits that far outweigh the downsides. Swiss pharmaceutical giant Novartis began this trend in 2002 when it moved its global research headquarters to Cambridge, Massachusetts. The US dominates the biotech and pharmaceutical industries and the main life sciences real estate clusters are its East and West coasts, while the UK boasts a ‘golden triangle’ of Cambridge, Oxford and London.

Life sciences companies have specialized space requirements, so providing their real estate is a specialized business. Nonetheless, much of the space needed by such firms is “essentially office space,” says Riaz Cassum, senior managing director, capital markets and global head of international capital at JLL. “It is highly finished, highly specialized office space. Even something described as a lab building will have 40-50 percent office space. Scientists who are working in the lab also need offices.

“Generally speaking, for an office building, the landlord will provide say $50 or $100 a square foot in tenant improvements. For a lab tenant, the landlord would provide $100 to $200, but then the tenant will put in anywhere from $200 to $600 per square foot of their own capital into the space.

“When Blackstone bought BioMed Realty, it put the stamp of approval on this asset class,” says Cassum. “In the past three to five years, a lot of institutional capital has come to understand this space and looked to deploy capital here, which has compressed yields. Yields are still higher than offices in general, but we are seeing them move closer and in some cases even lower than offices.”

However, the amount of life sciences space available is tiny compared with conventional office space, and ownership is concentrated in major markets. “There is not a huge quantity of life sciences space around and ownership is highly concentrated, so investment options are limited to existing listed or private funds or partnering with a specialized developer for a build-to-core strategy,” says Cassum.

Colleen O’Connor, vice-president, East Coast and UK markets at BioMed Realty, notes: “As the market matures, there will be a need for refurbishments and renovations, which will create an opening for value-add strategies, as happened in the office, multifamily and student accommodation markets.”

The lack of options for accessing life sciences real estate is a likely motivating factor for the investors who backed Blackstone’s recapitalization of BioMed Realty in October, valuing the firm at $14.6 billion and delivering Blackstone a $6.5 billion profit. Investors who had backed the Blackstone fund that bought BioMed were keen to maintain their investment in life sciences real estate.

Huge investment in the search for a covid-19 vaccine has driven life sciences this year. However, funding has been strong and so is the demand for space. Vacancy in the San Francisco Bay Area was 1.5 percent as of June 30 this year and 2.6 percent in Cambridge, Massachusetts, according to CBRE. In the UK, Bidwells puts Cambridge life sciences vacancy at 3.5 percent.

Key to Blackstone’s successful strategy for BioMed was concentrating its efforts in the top life sciences clusters, which involved developing 2.4 million square feet in the top five global clusters and selling $3.3 billion of stock elsewhere.

As well as the pull factor of strong rental growth potential, institutions are being pushed into the sector, says Marcus Meijer, chief executive of MARK (formerly Meyer Bergman), which recently announced plans to invest in the sector. “Covid has caused a massive amount of additional funding to go into healthcare but it has also made the outlook for some offices, and retail especially, uncertain. Investors are increasingly looking for alternatives strategies which play on longer-term trends, whether those are geopolitical, demographic or technological,” he says.

The life sciences sector is still broadly split between start-ups and venture capital or big pharma-backed companies. Both need similar space, however start-ups need flexibility, while larger companies are looking for long-term leases in order to amortize the cost of their fit out.

Meijer says: “There are two ways of looking at investing in life sciences real estate. The most straightforward way is to see it as a sector with specialized construction and fit out requirements, but where you lease the space conventionally.

“The more interesting approach is you don’t just target the real estate as a landlord, but you also provide services as an incubator to biotech start-ups. You get much more involved in curating the biotech companies, you might even make investments in them, and you provide them with a growth space. Logically, if we want it to go down that route, we would definitely partner with a group which has extensive experience and exposure to life sciences venture investments.”

MARK is building its life sciences team in the UK, Europe’s most developed life sciences real estate market. However, Meijer sees a longer-term opportunity in continental Europe. “A lot of the biotech hubs today in Europe are directly owned by universities, local municipalities and government institutions, which is different from the UK, where we would look to make our first acquisitions,” he says. “Acquiring these publicly-owned assets in Europe will be difficult. However, the bigger opportunity is to focus on those same areas, but to build in and around those biotech hubs, where you can still access opportunities outside the sites owned by public institutions.”

Savills research expects new life sciences clusters across Europe, partially driven by EU funding, which will no longer be allocated to the UK now that it has left the bloc. Asia-Pacific is also expected to see growth in life sciences real estate, but it is currently underdeveloped compared with the US and Europe, and life sciences R&D investment per capita, outside of Australia and Japan is a fraction of that in the West.

Educational excellence and funding means the US dominates life sciences, while the UK, Switzerland and China stand out in their regions

The leading US position in life sciences education and funding means it is the largest and most developed market for real estate serving the sector.

Life sciences companies are driven by available talent and so often cluster around universities. This means the US, home to eight of the top 10 universities for life sciences, according to the Times World University Rankings, dominates the field. The main clusters are in the Bay Area of California and Cambridge, Massachusetts.

The US is similarly dominant in terms of the capital allocated to life sciences: there were 27 US life sciences IPOs in first half of 2020, generating $4.8 billion in proceeds, and with an average post-issuance share price increase of 70 percent. According to Savills’ Life Sciences: Trends and Outlook report, US life science corporate investment volumes, including M&A, IPO, venture capital and private equity deals, was more than $1.2 trillion from 2015-19, more than the rest of the world combined. Coming a long way behind were Ireland, Switzerland, the UK and China.

Investors in life sciences real estate, even if they are not targeting the US, need to be aware of the demands of that market. Savills notes that when “discussing real estate requirements with companies based in the UK, the connectivity to the East or West Coast in the US is the most important” factor.