Sixteen years is a long time to work at a single organization.

That is how long Anthony Breault served as senior real estate investment officer at Oregon State Treasury, overseeing a real estate portfolio that had grown to $12.7 billion in assets by the end of June 2022. During his tenure, Breault made multiple fund investments with some of the biggest real estate managers in the industry, including Blackstone, Harrison Street, Lone Star Funds, Rockpoint and Starwood Capital Group.

Breault will continue to manage SMAs and funds, but this time as a general partner, having now joined Ascentris as managing director in its portfolio management. The Denver-based manager currently has three active SMAs and two funds: a closed-end commingled institutional fund and an opportunity zone fund. The SMA between Ascentris and Oregon State Treasury is still active, but it will be managed by the existing portfolio manager, Denis Curren.

Time for a change

Breault’s decision to make a career switch was first and foremost a personal one. A primary driver was to return to the state of Colorado, from where both he and his wife hail. “I never got to live here as an adult,” he said.

From a career perspective, he felt it was time for a change. As someone who “never lets the grass grow under the feet for too long,” Breault was surprised with himself for staying at Oregon State Treasury as long as he did. He realized that, at this point in his career, it was probably the last time he could feasibly make a job change.

“If I roll the clock forward to 65 years of age and I did not take this opportunity, I probably would spend the rest of my life wondering what could I have done?” Breault said.

While not actively looking for a new role, Breault said Ascentris offered the right cultural fit, the right team and the right city. He said he would not have moved to another limited partner because Oregon Treasury had the right “model, structure and governance.” He picked a smaller GP because of the opportunity to help build a business.

“I’ve never worked inside a small shop,” said Breault, who previously worked at commercial real estate services firm JLL and West Coast-focused manager Schnitzer West. “To be part of something that works with a client-centric mindset but in a very tight environment was an important step [for me].”

The case for SMAs

Breault reports directly to the firm’s co-founders Gabe Fink, Robert Toomey and Tricia Noble. He will be directly responsible for liaising with non-Oregon State Treasury SMA clients as well as forming new relationships. Breault will also be responsible for hiring in his new team. Toomey told PERE that the firm is looking to add 10-15 new people over the long term, with the portfolio management team slated to double from its current four members. Ascentris also plans to add one or two more SMA relationships to its portfolio, Toomey added.

Although the firm previously raised closed-end funds, Ascentris is now more focused on SMAs because of the efficiency of the structure, Toomey said. The firm’s investment focus is on acquiring value-added assets that are “broken” and stabilizing them. The open-ended SMA structure allows Ascentris to execute on a business plan without worrying about timing on the sale of the asset.

“There’s some uncertainty as to how long it’s going to take you to execute a business plan,” Toomey said. “When you have a finite time horizon on a closed-end structure, there’s sometimes a mismatch.”

Additionally, such a structure enables the firm to operate a smaller team while still catering to large investors like Oregon State Treasury and Texas Municipal Retirement System. The latter committed $200 million to the firm in October as part of a new venture, according to a release. 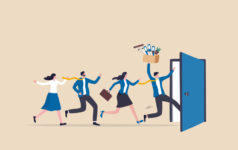 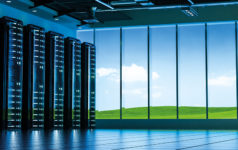