These findings, from a 2017 study by Bella Research Group and the journalism, communities and arts non-profit the Knight Foundation, highlight the real estate industry’s diversity problem. There are many ways to address it, but an effective one is mentorship.

According to the Harvard Business Review, mentoring programs make companies’ managerial echelons significantly more diverse: on average, they boost the representation of Black, Hispanic and Asian-American women, as well as Hispanic and Asian-American men, by 9 percent to 24 percent. Despite its diversity benefits, only about 15 percent of US firms have special college recruitment programs for women and minorities, while only 10 percent have mentoring programs, the HBR
found.

Some real estate companies, however, are establishing their own schemes.

In the midst of the pandemic, while most people were working from home, commercial real estate services firm Avison Young started an internal mentoring program to support diversity, equity and inclusion.

The program, launched in January 2021 throughout North America and in July in the UK, targeted the company’s employee resource groups – the Women’s Network, Black Professionals and the LGBTQ+ Allies Network as well as their Emerging Leaders young professionals’ group.

“The program was initially running for six months, and we used a new software named Together to help facilitate the process of matching, keeping track of the sessions and obtaining feedback from participants,” says Joan Skelton, global director, diversity and inclusion, with Avison Young. “We had over 550 participants and 76 percent of them were members of one of the company’s employee resource groups. Our participants ranked the program 3.97 out of 4 – an incredible satisfaction rating from mentors and mentees.”

Many people from underrepresented groups benefited from the program. Skelton found that 36 percent of mentees felt the mentoring initiative afforded them networking opportunities with leadership that they would not normally have had. In addition, 31 percent felt the program increased their confidence and
30 percent that they had more clarity around their career paths.

“The mentoring program also helped us retain our employees,” she says. “We saw a decrease in turnover and increased retention in 2021 that was attributable, at least in part, to this mentoring program.”

Skelton also points out that mentees who took part in the mentoring initiative had a high level of participation in the company’s Leadership Pathways program, which is aimed at junior employees and requires a nomination to participate. “People who were participating as mentees were more likely to get nominated for the program because they had more visibility at the senior levels of the organization.”

While the mentoring program was a “great way to increase visibility, morale and opportunities” for mentees, mentorships also helped “create awareness around the company’s diverse talent, making sure that we were offering opportunities to them to participate in other developmental initiatives,” Skelton says.

Thanks to the use of technology to automate the registration and pairing process, Avison Young’s mentorship program is easily scalable, which helped the company when it decided to make it available to all employees globally in 2022, while still focusing on encouraging participation from underrepresented communities.

Houston-based manager Hines is another real estate firm that has recently created a mentoring program for all its employees, also to ensure that women and ethnic minorities are recognized and included.

“The Hines myMentoring program is for the progression of employees, specifically underrepresented and female employees in the firm. It takes away the disadvantages and tries to place everything on a level playing field for employees in terms of being noticed, being recognized and also having that additional layer of mentorship within the firm,” says Darnell Jones, global director of diversity, equity and inclusion.

“We know that a lot of times it is who you know and can learn from that really matters in terms of how well you progress, so it is very important to put more women and underrepresented minorities in front of the people that matter at the firm through these mentorships,” he argues.

“This way we are able to pair people together based on their interests and also align their career path with someone who’s potentially been there before or someone who has a strong interest in helping them achieve their objectives,” Jones says. “The program has been very successful, it helps to create not only a sense of recognition but also a sense of belonging for the employees, which is one of our priorities for diversity, equity and inclusion.”

Jones explains that this sense of belonging from underrepresented groups helps to increase retention, which is important to facilitate promotions within the company. “One of the factors of promotion and progression is tenure. So the longer you stay, the better opportunity you have to be promoted to a higher level,” he notes.

Besides their internal mentoring program, Hines launched another initiative this year called Skyline Scholars, which focuses on providing education to college freshmen and sophomores from underrepresented groups as well as access to Hines mentors and leaders. For the inaugural 2022 Skyline Scholars program, 53 students from more than 20 universities across the US were accepted. The five-week virtual program began in early July, with each student paired with a Hines mentor representing various functional disciplines at the firm.

“Through Skyline Scholars, we are committed to introducing those underrepresented and under-networked individuals to the world of real estate, as they are part of the next collective generation of industry leaders and innovators,” Jones says. “Awareness and access to skills training, introductions to industry leaders and the creation of opportunities within commercial real estate will better arm these demographics with industry-specific knowledge and skills to take advantage of real estate employment opportunities.”

Project Destined, a social impact platform, offers a similar experience through partnerships with real estate companies. It aims to provide underserved, diverse students with internship opportunities that include mentoring as part of the program.

This year, Project Destined has partnered with 170 real estate firms in the US, Canada, Europe and the UK and will train and mentor 2,200 students across 180 universities. Over 10 weeks, students commit to 40-plus hours of training and mentoring to learn the fundamentals of real estate and develop their own professional networks.

“We partner with a broad range of participants – firms like Brookfield, Greystar, Nuveen, CBRE or JLL – that really represent, to me, the fullness of real estate commitment to training, mentoring and talent pipeline development,” says co-founder Cedric Bobo, a former Carlyle Group principal.

Since 2016, when Project Destined was created, the number of participating real estate firms has increased from three to 170. “These companies are partnering with us because they want to get scaled access to incredible talent. They want to mentor and really focus on the ‘S’ of ESG, but I think sometimes they struggle with internal resources to be able to get to all the schools where this diverse talent is,” Bobo explains.

“We have a variety of students with a collection of backgrounds – African American, Asian, Latino or economically underserved – who are using this training and mentoring to get to a really outstanding job,” Bobo says. He adds: “[Company executives] may still hire their buddy’s son but if they have access to 2,000 kids that are getting trained, why wouldn’t they use this pool of talent?”

Through its partnership with Project Destined, Brookfield Properties is one of the companies trying to break down barriers for underrepresented groups to enter the real estate industry. The firm has been involved with the platform since 2018. Next year, it will expand the 10-week sponsorship and mentorship program to 10 cities across the US, becoming Project Destined’s largest corporate partner.

Going forward, the firm plans to keep growing the partnership to cover the 25 markets it is present in throughout North America. It also intends to attract 300-400 students, of which 50-75 could become interns within the organization, explains Adrian Foley, president and chief executive of Brookfield Properties’ development group.

“We want to do a really proactive process of sponsoring students with Project Destined in those markets and then bringing a handful of those students into our organization in each market,” Foley says. “We are obviously hopeful that we will convert a high percentage [of those interns] into team members.”

Foley believes that efforts like this will help transform the industry and introduce people from diverse backgrounds and experiences to the world of real estate development, infusing it with new ideas, new energy and new perspectives.

“Attracting this talent is going to bring more opportunity for our industry to raise the bar,” Foley says. “Personally, I think the attitude, discipline, focus, energy and desire to succeed for that underrepresented group outweighs the market that is here today.”

Special college recruitment and mentoring programs can help overcome barriers for women and minorities to enter the industry. But once they are in, further mentorship at the company level is vital to increase the visibility of underrepresented professionals and help them climb the corporate ladder.

As firms are learning, that is the best way to keep diverse talent from walking out the door. 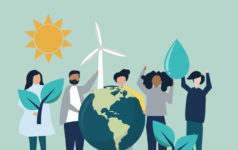 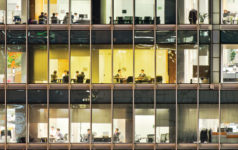 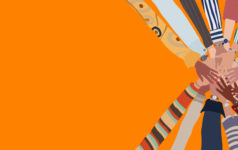 Not all financing challenges are the same