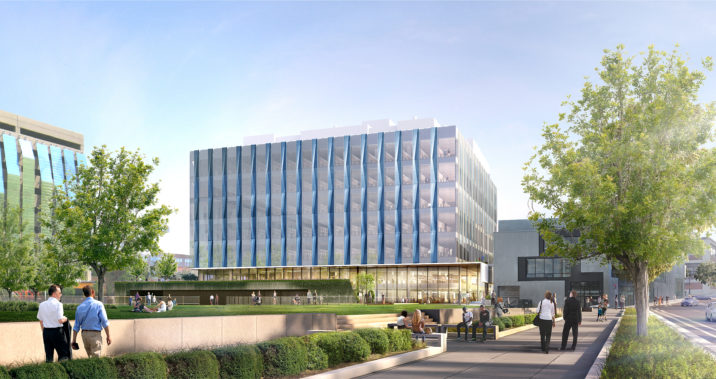 A Tishman Speyer-backed life science real estate company has raised more than $1 billion for its debut fund, PERE has learned.

Breakthrough Properties, a joint venture launched last year by the New York-based developer and Bellco Capital, a California-based investment firm focused on the biomedical sector, has raised about $500 million through the first two closings of the Breakthrough Life Science Property Fund and another $500 million in co-investments and other capital.

Interest in the fund has been global, with commitments from pensions, insurance companies, sovereign wealth funds, family offices and high-net-worth individuals. Tishman Speyer president and chief executive Rob Speyer declined to share the fund’s target or when it is expected to reach a final close. He said Breakthrough would employ a value-add strategy for the fund.

Speyer noted that the product has appealed to investors both because of its underlying fundamentals and the societal impact of life science research – particularly as companies race to produce tests, treatments and vaccines for covid-19. “Most investors would like to do good even as they’re doing well, and life science is a form of impact investing,” he said. “The impact is direct and more obvious than ever. We’re helping scientists cure diseases worldwide and at the same time it’s a successful class of investment.”

Research laboratories have climbed institutional investor wish lists for the past decade as they hope to tap into a wave of public and private funding that has washed over the sector. Last year, Real Capital Analytics tracked nearly $12 billion of life science real estate transactions, more than triple 2011’s total of $3.4 billion. This appetite enabled Blackstone to win investor support last month for a recapitalization of its investment in BioMed Realty Trust – which it acquired through its opportunistic Real Estate Partners VIII fund in 2016 – by rolling it into a new open-end core-plus vehicle targeting the sector.

Yet the property type remains in short supply, with most life science companies and the properties that serve them concentrated in Boston, San Diego and the San Francisco Bay Area, along with emerging clusters near Seattle; Washington, DC; and Raleigh-Durham, North Carolina.

“What you’re seeing in the US is fantastic science being met with a lot of capital, and infrastructure really being a bottleneck for innovations. These are brick-and-mortar businesses, they need to be in their labs to create their assets,” Breakthrough chief executive Dan Belldegrun told PERE. “You see that in the US, but you see that even more overseas and that’s the opportunity set that we see as attractive.”

While Tishman Speyer will oversee the acquisition and development of properties, Bellco Capital will provide the life science expertise, assessing the innovative prospects and creditworthiness of tenants as well as guiding the construction of new facilities to be amenable to the industry’s specific needs, PERE understands.

Founded in 2003 by Belldegrun’s parents, Rebecka and Arie Belldegrun, both medical doctors, Bellco’s track record includes the $11.9 billion sale of Kite Pharma to Gilead Sciences in 2017 and the $324 million flotation of Allogene Therapeutics in 2018. Speyer said Dan Belldegrun, formerly a senior director at Tishman Speyer, proposed the idea of a partnership between the two companies to address the increased demand for life science space.

“The idea was to satisfy this demand in the market by creating a platform that takes the best in real estate and the best in science and it puts it together into a combination that’s unique in the market,” Speyer said.

The partnership paid dividends earlier this year when Arie Belldegrun helped secure CRISPR Therapeutics, a company known for its targeted treatments for cancer and other illnesses, as the sole tenant at a new 266,000-square-foot property Breakthrough is building in Boston. That property is not within the fund, but Speyer said it is a case study of the impact of the Bellco network. “A project that was meant to start speculatively ended up starting 100 percent pre-leased,” he said.