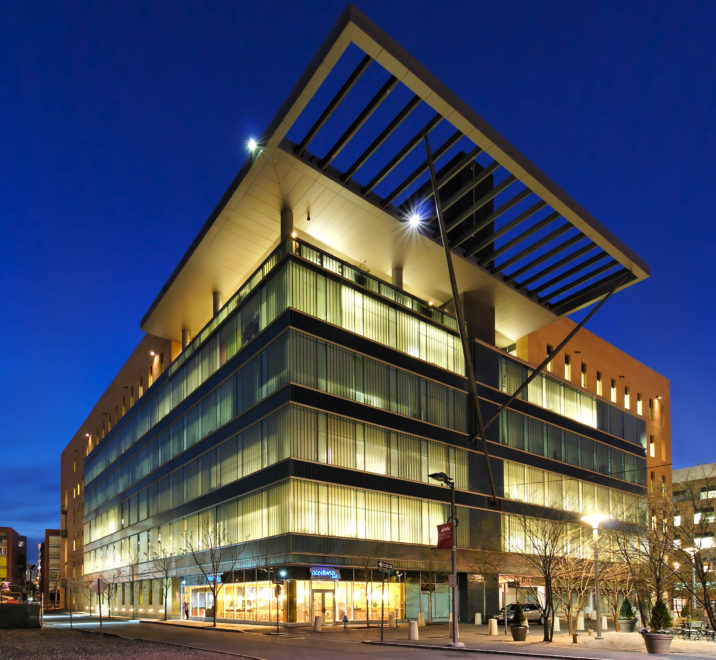 Blackstone is no stranger to large transactions on the buy or sell side, but its $14.6 billion recapitalization of portfolio company BioMed Realty Trust puts it in the unique position of being on both sides of the table.

Last week, the New York-based mega-manager rolled out its plan to sell the life science office platform from one of its opportunistic funds, Blackstone Real Estate Partners VIII, to a new, sector-specific vehicle that will seek core-plus returns. In a sense, it is buying the company from one set of investors for another set, though most of the capital for the new fund is coming from BREP VIII investors and co-investors.

A consultant, who spoke to PERE on the condition of anonymity, said this type of transaction might have raised eyebrows had it been arranged by a less proven manager. “That’s just Blackstone being Blackstone,” he said. “It’s Wall Street creativity at its best.”

Since it launched in 1994, the BREP series has delivered a net realized internal rate of return of 17 percent and a money multiple of 1.8x, according to Blackstone’s second-quarter supplemental financial disclosure. Launched in 2015, BREP VIII has a net realized IRR of 26 percent and a multiple of 1.5x. That track record has largely earned Blackstone the trust of its investors, the consultant said, allowing it to explore uncharted territory.

Blackstone co-head of global real estate Kathleen McCarthy told PERE the firm began exploring exit options for BioMed earlier this year and considered a public offering as well as a private sale. But, ultimately, the decision to recapitalize the company for a long hold was driven by investor sentiment, with many institutions expressing a preference to maintain ownership in the thriving life science sector.

BREP VIII investors and co-investors will have the option of joining the new vehicle or walking away with their share of the proceeds from the recap, McCarthy said. Also, Blackstone has enlisted the investment bank Morgan Stanley to shop the company around and see if an outside buyer can outbid the current $14.6 billion price tag.

“We think this is a fair and great outcome for BREP VIII investors, it will generate $6.5 billion of profits, which is a very attractive outcome,” she said. “But it’s possible for someone to come in at a better price and it’s our job as fiduciaries for the BREP VIII investors to create the best sale we possibly can for them.”

Blackstone declined to share how many BREP VIII investors and BioMed co-investors were interested in participating in the recap effort. A spokesman noted that the majority of the capital in the transaction was coming from those groups. McCarthy said the arrangement was widely embraced by investors, even those not interested in maintaining ownership of BioMed. PERE contacted 16 BREP VIII investors this week to verify this but five declined to comment and the other 11 did not respond to the inquiry.

McCarthy said investors were keen to hold onto BioMed because of the strong performance of both the portfolio and the life science office sector as a whole since Blackstone acquired the trust in 2016.

Vacancy rates are razor-thin in the top markets for research lab space. Just 2.6 percent of the square footage in Boston’s Cambridge submarket was unoccupied during the second quarter of 2020, according to brokerage CBRE, and the San Francisco Bay Area was even tighter at 1.5 percent. Next tier life science markets such as San Diego and Seattle, where Cushman & Wakefield measures 7.9 and 4.9 percent vacancy, respectively, compare favorably to the broader US office market, which is 13 percent vacant. CBRE has also tracked year-over-year rent growth at 10 percent for life science properties, five times that of traditional office.

That outperformance has been especially meaningful during the pandemic, McCarthy said, with 45 percent of BioMed’s tenants working directly on covid-19 tests, vaccines and treatments. Blackstone has also collected 100 percent of rents and signed agreements with 29 tenants totaling 645,000 square feet since March. None of its life science tenants have gone fully remote during the pandemic, she added, partially because the companies in this space do not have the luxury of working from home.

“You can’t do this kind of research in your kitchen or on your couch, you have to be able to go to a specialized facility to do it, so these buildings have remained operational throughout this year,” McCarthy said. “The tenants have consistently paid rent and there continues to be more and more demand for this space.”

A decade ago, life science properties were unattractive investments, McCarthy said. Not only were they costly to outfit because of the technical specifications required for lab-based research, but they also catered to a tenant base with unreliable financing.

However, recent research advancements have spawned a bevy of treatments and testing innovations, which have been amplified by a wave of new public and private investment. The National Institute of Health increased its annual funding for research projects by 30 percent between 2015 and 2019, going from $30 billion to nearly $40 billion, according to CBRE. Piggybacking on this trend, venture capital firms have doubled their involvement in the space during the same period, CBRE reports, investing $17.8 billion during the past year.

Institutional investment in the space is on the rise too. Though transaction volumes are muted, with just $3.6 billion of transactions taking place during the first two quarters of 2020, according to Real Capital Analytics, last year’s total of $11.9 billion was more than double that of 2013.

Much of this funding has concentrated on a handful of metros, namely Boston, the Bay Area, San Diego, Washington, DC-Baltimore and Raleigh-Durham. As a result, the amount of life science space in these markets increased dramatically in recent years. Between 2018 and 2019, lab space in those five metros jumped by 17.8 percent. This year, it is up 11.9 percent to roughly 95 million square feet, according to CBRE, and in some places it is still under-supplied.

Though many major metros have some type of life science research and development, in four of the top five markets in the sector – San Francisco, Boston, Washington, DC-Baltimore and San Diego – it accounts for more than 55 percent of employment, as does Seattle.

Kevin White, co-head of research at the Frankfurt-based investment firm DWS, said these areas also tend to be technology hubs, and their concentration of these two sectors has made them more resilient than other large metros that have seen a net outmigration for several years. “The issue is the industry isn’t large enough in New York or LA to compensate for some of those losses,” he said. “Whereas San Francisco and Boston, they’re large enough in proportion to the overall market to make a difference.”

White said this concentration of life science talent has become particularly meaningful as workers in other industries flee big cities during the pandemic, emboldened by both the ability to work remotely and long-term migration trends toward lower-cost states such as Texas, Florida, Tennessee and Georgia.

After buying BioMed in 2016, Blackstone took three key steps to optimize the investment. It concentrated on core markets, developing 2.4 million square feet of property in the top five metros and selling $3.3 billion of assets in other locations. It also installed a new management team, increased investment-grade tenants to an 80 percent share of its portfolio, and increased overall occupancy from 91 percent to about 97 percent.

McCarthy said she believes the firm can continue making these types of advancements with BioMed and, in doing so, capture some of the output of a sector that will be increasingly important in a post-covid world.

“BioMed was one of the top-performing companies in our portfolio heading into covid, which has only accelerated the trends we saw underway in life science and life science office,” she said. “A lot of that is the recognition that the world needs this kind of research and these kinds of discoveries, not only for covid but for other things challenging the health of the world.”