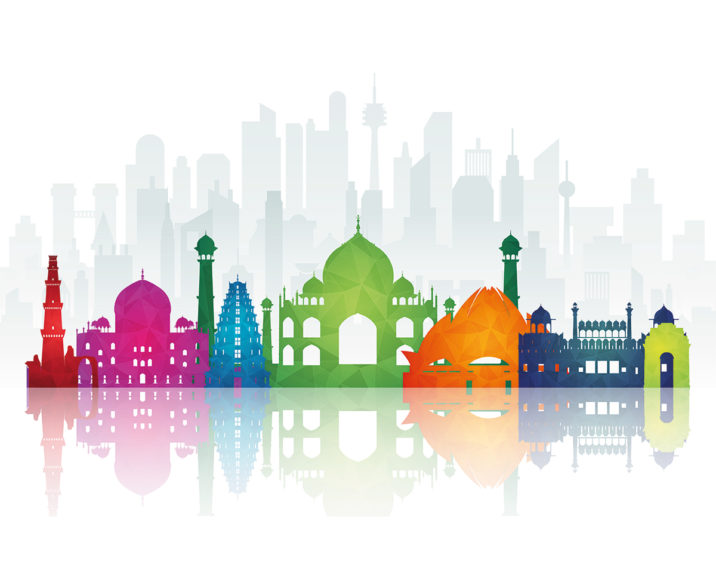 India is set to overtake China as the world’s most populous country in 2022 and its demographics are far stronger: the median age for Indians is only 26.8, compared with 38.4 for China. Annual GDP growth averaged 6.73 percent for the five years to end-2019 and is expected to bounce back strongly in 2021 after a subdued 2020.

Institutional investors such as Canada Pension Plan Investment Board, GIC Private, APG Asset Management and Abu Dhabi Investment Authority have invested heavily in India real estate, alongside investment managers such as Brookfield, Blackstone Group, Allianz and KKR. India has also developed a group of real estate investment managers preferred as partners by global players, such as Embassy Group, K Raheja Group and Godrej Group.
PERE data show $1.8 billion of funds in the market from India-based managers as of June 30, 2020. Thus far, mainly larger investors with the capability to partner directly with local managers have entered the market, with fewer opportunities for smaller investors.

The Indian logistics sector has been the hottest among foreign investors in recent years, with a flurry of global investors and logistics specialists entering the market. Interest in the market was sparked by India’s introduction of a nationwide goods and services tax in 2017, which boosted the creation of national logistics networks.

For example, CPPIB invested alongside Indian industrial property group Indospace, which then signed a partnership with GLP, bringing the Singapore-based investment manager to India for the first time. Allianz teamed up with sector specialist ESR for a $1 billion joint venture, while Blackstone partnered with Hiranandani Group in December 2009.
The appeal of developing logistics space in India is that there is almost no modern stock, while at the same time demand is growing from e-commerce and rising domestic consumption. The e-commerce retail market was $30 billion in 2019 but is expected to cross the $100 billion mark by 2024.

Even with the boost provided by the covid-19 pandemic, online shopping accounts for less than 5 percent of India’s retail sales, a third of the proportion in China. CBRE data show India logistics take-up hit a record 33 million square feet in 2019; cap rates for the sector are estimated to be around 8.5 percent.

While logistics may be the hottest sector, office space remains the largest exposure for overseas investors in India. The two most active groups, Blackstone and Brookfield, have assembled multi-million-square-foot portfolios and, with its local partners, Blackstone has seeded two office space real estate investment trusts.

The pandemic has impacted India’s retail sector in the short term and in the longer term the sector will have to deal with rising e-commerce. However, this has not discouraged investors, and both Blackstone and Brookfield have been reported as seeking to buy Indian malls this year.

The luxury residential sector was the first port of call for many foreign investors in India. However, interest has lagged in recent years as the luxury sector has battled with oversupply. Overseas investors turned their attention to the office sector instead.
More recently, the affordable housing sector has been touted as something with potential, but very little foreign capital has become involved. While the overall opportunity is huge – the RICS estimates India needs 20 million new affordable homes – finding a profitable way into the sector has been difficult.

More recently, the rental housing sector has been touted as an investment avenue, due mainly to a series of government initiatives. In August 2020, the government published Operational Guidelines on Affordable Rental Housing Complexes, which set out the government’s vision for India’s future rental market and which include provisions for tax breaks. Market commentators suggest the new guidelines could spark a wave of investment in the sector.

Non-bank financial companies have become a more important part of India’s real estate finance market. According to Reserve Bank of India statistics, the NBFC share of real estate lending increased from 24 percent to 46 percent from 2015 to 2019. The companies borrow from banks or issue paper in order to fund their lending.

However, due to the struggles of their debtors, a number of NBFCs have run into trouble. In 2018, IL&FS became the first to default and since then a number have defaulted or been closed down by their parent company. This has been worsened by the pandemic.
However, “considering their importance in the funding chain, the government has stepped in to provide relief to this sector,” says Anshuman Magazine, chairman and CEO of CBRE India, South-East Asia, Middle East and
Africa.

“A special relief package worth $4 billion has been provided to these entities to improve the liquidity situation in the real estate sector, wherein the government will provide a full guarantee for investments in their investment-grade debt papers,” he adds.

Magazine continues: “The central bank, too, has been proactive in supporting these companies by allowing banks and NBFCs to access relatively cheaper finance for longer tenures, which will help reduce lending rates for end-borrowers as well.”

Consolidation is expected in the NBFC space and some mergers have been touted already. KKR was reported to be in talks to merge one of its NBFCs, KKR India Financial Services, with Incred Finance. However, banks remain reluctant to lend to NBFCs and the future of the sector is still considered to be uncertain as non-performing loans will continue to grow.
“Going forward, there needs to be a coordinated effort from the RBI, the government and other stakeholders to ensure a more positive outlook for the sector,” says Magazine.