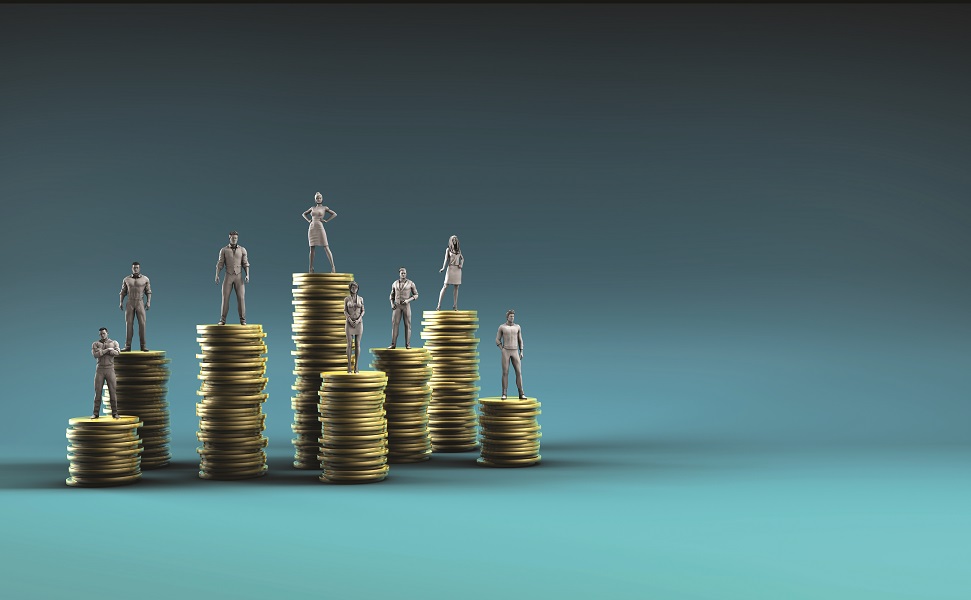 When senior executives at private real assets recruitment search specialist Sousou Partners ran the rule over the findings for this year’s annual compensation survey, they were shocked to find instances of no bonuses being paid.

“I’ve never seen this in the time we’ve covered compensation,” states Ghada Sousou, one of the London and New York-based firm’s founders. “That’s the most glaring thing you will see.” Sousou Partners has been collected compensation data since 2010.

Though there were only five confirmed or strongly suspected ‘zero’ data points, Sousou and her colleagues deliberated over removing them to avoid dragging averages down to a place unrepresentative of the broader research. Given there are more than 900 entries in the survey, the Sousou team asked themselves if the research would be unduly adulterated by their inclusion?

“We debated whether to include them but decided it is what it is,” says Sousou. “In another situation, we might not have. These outliers might have had special circumstances. But here, the few examples did share a common theme.”

The common thread, she says, is those firms removing bonuses are typically of the same kind, private equity, and, critically, are meaningfully exposed to severely troubled assets. These are firms, are facing “existential questions.”

“The obvious situation is where a fund is facing a wipe out. Decisions have to be made. You’re not going to be paying yourself, or your senior guys, bonuses if you think there’s a probability, even if its minor, that you’re not going to survive this.

Across 21 seniority profiles, covering different ranking positions at private equity real estate firms and real estate investment management firms, three profiles showed instances of no bonuses being paid. Each was at private equity real estate firms and each was among the senior ranks, including heads of platforms or regions and managing directors on the acquisitions side. There was one instance of a managing director on the asset management side.

The impact of their inclusion in the data, as Sousou says, drags down not only the median averages for bonuses paid for these roles, but also total compensation. However, given there were also cases of executives being paid very high bonuses last year, the ranges have broadened. For instance, managing directors in acquisitions at private equity real estate firms earned as much $4.75 million in bonuses in 2020. Thanks to this year’s zeros, the median bonus for this level was $540,000, some 70 percent lower than the $1.8 million median bonus seen last year. That, in turn, dragged down the median total compensation amount for the role 55 percent from $2.02 million last year to $905,000 this time.

There were no instances of no bonuses being paid for the more junior jobs. But reductions were, nevertheless, apparent. Private equity acquisition directors, for example, took home 12 percent less in bonuses, on average, than last year. Their total compensation was therefore reduced by 11 percent. Sousou says: “They’ve taken the pain at the senior end but, while juniors have taken pain too, there were no zeros. That is in line with what you would expect.”

Another takeaway from the research was that bonus increases were less common than usual and, when occurring, muted when compared with growth seen in prior years. Among private equity real estate firms, the highest increases were for vice-presidents, which saw 8 percent increases at the high end, and associates, which saw 9 percent more at the high end. Above them, the highest bonuses were at best 1 percent higher.

For Frankfurt-based private equity real estate firm Peakside Capital, bonus increases are not likely this year due to the pause in activity casued by covid-19 last March. Co-founding partner Boris Schran says: “I don’t think we’re going to give bonus raises this year. For six months of last year, firms were doing a lot of defensive work and that takes a toll. Overall, compensation should remain stable.”

Fellow co-founder Stefan Aumann says senior executives limiting or removing bonuses makes sense if there is likely to be poor performance. “If you in the driver seat you need to be accountable for the results at the end of the day.” But he thinks scrapping bonuses would be a bridge too far. “It is okay to reflect the reality of the current economic situation. But to completely scrap bonuses would be a sign things are relatively dire at an organization.”

Geography plays a part in informing bonus awards, too. Mark Fogle, head of real estate at Asia private equity giant Baring Private Equity Asia, says there is a prominent culture at private equity real estate firms in the region of the most senior executives retaining bonuses but removing them from lower ranks in challenging times. “Some have used covid as a reason not to pay people bonuses,” he says. “Fortunately for us, being a real estate program within a larger regional alternative asset management platform gives us more financial flexibility during downturns.”

Fogle confirms his firm has kept its bonus scheme consistent during the pandemic, but acknowledges that less institutionalized platforms exposed to underperforming sectors might not. “If a firm has heavy hospitality or retail exposure, there’s a good chance the deal teams have had to step in to do asset management, basically perform triage. As such, fund incentive fees won’t be there. So, the manager could well think, ‘We’ll be laying off people or they’ll be leaving anyway so why give them bonuses?’ I think that’s very short-sighted.”

Copenhagen-based manager NREP identifies as a real estate investment manager, as it has multiple business lines. It is the biggest of its kind in the Nordics, with some 330 staff. Chief executive officer Claus Mathisen says it aims to be egalitarian and the long-term nature of its compensation means it would unlikely alter the bonus component of an employee’s remuneration based off one year. “In general, we focus on having a long-term perspective to create value. As such, we promote structures that are back-ended.”

Bonuses paid on a company’s yearly performance are more in line with opportunistic managers in the sector, he suggests.

Mathisen adds NREP bonuses, typically a fraction of base pay, are designed to be neither material nor immaterial to the recipient and a tool to provide the firm the means to reward relative outperformance. “We don’t want a lot of variability. But we do need some and there needs to be tools in the toolbox to achieve that.”

Given that is paid at longer intervals and via different performance targets, Sousou says many senior private equity real estate executives have the latitude to ensure base pay is protected. “Reputationally, messing with that would be a massive decision. In any event, firms have bonuses to play with first.”

Judging by the PERE-Sosou research, some have done precisely that.