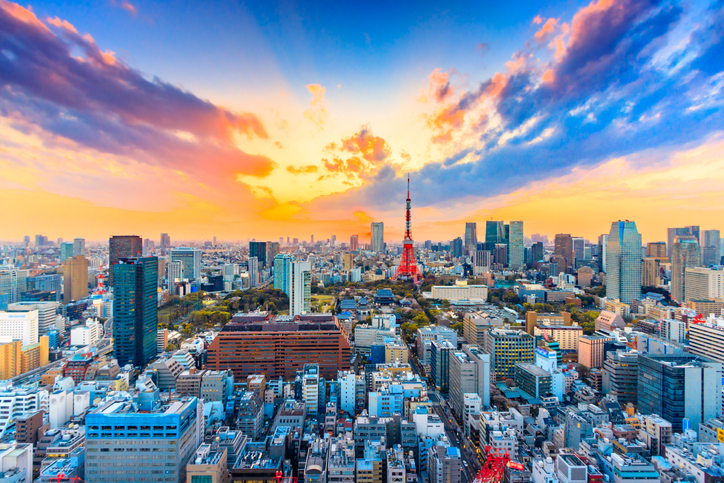 Alongside logistics, multifamily residential has been favored by investors during the turbulence caused by the pandemic. Real Capital Analytics data show six of the 10 largest global apartment markets in 2020 recorded an increase in activity compared with the year before.

Japan is the only market in Asia-Pacific with a large and liquid multifamily residential market, although the sector is growing in China and Australia. This uniqueness, along with cheap borrowing, has brought a number of large foreign investors into the sector in recent years.

Last year, with $3.74 billion of acquisitions, it was the most important sector for foreign buyers of Japanese real estate, according to CBRE, with acquisitions rising 74 percent compared with 2019. RCA reported 37 residential deals by foreign investors in 2020.

While a few foreign buyers were active earlier, Blackstone’s purchase of a $1.6 billion portfolio from GE Capital Real Estate in 2014 was a landmark and has been followed by a number of substantial deals. Foreign investors active in the sector include Allianz Real Estate, AXA IM – Real Assets, Grosvenor Group, JPMorgan Asset Management, Nuveen Real Estate, PGIM Real Estate and Savills Investment Management.

Morgan Laughlin, managing director and head of PGIM Real Estate Japan, which has been investing in the sector since 2013, says: “The attraction of the sector historically has been the cap rates relative to the risk profile of the rents. Rents have been very stable over the long term and if you factor in overall deflation, there has actually been growth.”

Louise Kavanagh, chief investment officer and head of funds management for Nuveen Real Estate in APAC, which manages an $810 million portfolio in partnership with Kenedix Realty, adds: “The resilience of the sector has been proven through many different market cycles, whether the currency crisis, the global financial crisis or covid; historical occupancy levels have ranged between 90 percent and 95 percent throughout. Even during the GFC, rents only declined around 10 percent.”

The stability of the sector means it is primarily attractive to core capital, which is why it is a more recent choice for foreign capital in Japan, which historically came from opportunistic investors. “Multifamily wasn’t particularly popular with foreign investors until fairly recently, when more core capital started targeting Japan,” Kavanagh notes.

One overseas core investor which has invested substantially and rapidly is German insurance group Allianz, which has acquired a portfolio of 6,000 units across more than 120 assets, with a total of around $1.7 billion in gross value, says Rushabh Desai, chief executive, Asia-Pacific, at Allianz Real Estate.

“Our investments are aligned with secular mega-trends and, in that context, multifamily residential continues to be a high conviction play for us. Covid-19 has re-emphasized that residential is a core real estate sector; irrespective of where you are in the cycle, people need somewhere to live. In Asia-Pacific, Japan is the only institutionalized residential market of scale. The sector is developing in China and Australia, but the scale is not there yet.”

The Japan multifamily sector currently accounts for more than 95 percent of available multifamily stock in Asia-Pacific, JLL research estimates. However, with a sharp pickup in new supply in China and Australia, the Japan proportion is set to decline to 85 percent by 2023.

Investing in Japanese residential real estate might seem counterintuitive, as the population is aging and shrinking, predicted to fall from 127 million to 97 million by 2050. However, while the population is shrinking, it is also urbanizing, as people move from provincial Japanese towns for work, education and social opportunities in the big cities.

Kavanagh says: “We are not only seeing rising population in Japan’s major cities as people move for work, but also seeing shrinking household sizes.”

Desai adds: “There is always talk about declining population in Japan, which is true, but going back to basics, real estate is about micro location, and there are locations across the major cities where there is continued population growth underpinned by urbanization.”

Tokyo, Japan’s largest city by a considerable margin, is the location of choice for investors in multifamily residential, but larger provincial cities are also seeing inward migration and new household formation, so they are also attracting interest. For example, the Allianz portfolio is diversified across Japan, albeit with the focus on Tokyo’s 23 wards, with two-thirds of the exposure there. Overall, about 90 percent of the portfolio’s holdings are in the big four cities of Tokyo, Osaka, Nagoya and Fukuoka.

There has been speculation that the pandemic will encourage people to move to more suburban areas, although investors have not reported a flurry of moves out of cities in the past year. As in many countries, there is a tendency for people to rent in city centers before moving out and buying a larger home when they start a family.

Japan has been relatively lightly affected by the pandemic, although its recovery has been slowed by a sluggish vaccination program. Anecdotal evidence suggests most Japanese workers and companies are committed to office working, which supports city living.

For overseas investors, there are no restrictions on owning residential rental properties and the regulatory environment, while tenant-friendly, is not considered onerous. Opportunities to raise rents of sitting tenants are limited, however the incidence of “problem tenants” is extremely low compared with other markets.

Kavanagh says: “In Tokyo, rents have grown by 3 percent per year for the last three years, however we anticipate a moderate reduction of around 20 basis points in the next 12 months and then marginal growth, averaging 40 basis points per year, in the following three years. The long-term growth our research is projecting is around 1.1 percent per annum over a 10-year horizon.”

There are other ways to try to boost or at least secure income from the sector, says Desai. “Once we acquire the assets, we focus on future proofing them via ESG, community and technology linked initiatives,” he says. “This in turn also creates value for our tenants, so they are happy and keen to stay in our properties. For example, currently we are talking to renewable energy suppliers to power our assets as well as incentivizing tenants to adopt green leases. We are also looking at ways to create a community of tenants from our 120-plus assets.”

Yields, as shown by RCA’s Hedonic Series, contracted by some 20 basis points nationwide and 40 basis points within Tokyo during 2020. Laughlin notes: “Our early purchases in 2013-14 were off cap rates between four and five percent, while similar assets are trading now at three percent.”

Desai says: “When you look at the margin between your cost of debt and the yield you can get, despite all the cap rate compression, you can make a 4-5 percent stabilized cash yield for a long-term hold, without having to underwrite aspirational assumptions. That makes it very attractive for us from a risk-adjusted returns perspective. The spread between cap rates and borrowing costs is still close to 300 basis points for a newly built asset in Tokyo, which means there is still scope for further cap rate compression.”

The gap between yields and borrowing costs is favorable when compared with other sectors and markets worldwide, so the likelihood is that investors will continue to target the sector. Laughlin says: “Borrowing is still very cheap and everyone seems to expect rates to remain lower for much longer, so I think cap rate will continue to creep down so long as domestic and international capital keeps targeting this sector. The quantity of capital presently looking to invest into Japanese real estate is a powerful influence.”

“The resilience of the sector has been proven through many different market cycles, whether the currency crisis, the global financial crisis or covid”

In CBRE’s 2021 Investor Intentions Survey, Tokyo was named the most attractive city in Asia-Pacific for cross-border investment for the second consecutive year, while Osaka also made the top 10, suggesting continued interest in Japan. Two-thirds of investors who favored Japan said they intended to invest more in 2021 than in 2020.

“Buying now, a core buyer is probably looking at projected leveraged returns in the range of 6 to 8 percent, but depending on how much you borrow, if you underwrite some cap rate compression, your holding period and how much potential you see for leasing improvements, it is certainly possible to project significantly higher IRRs,” says Laughlin.

“Increasingly, however, the space is attracting core investors buying stabilized assets and looking to clip the coupon.”

The main obstacle for investors in the sector is the intense competition for a small pool of assets. “The market is competitive, with foreign and domestic institutional investors and, for smaller lot sizes, high-net-worth individuals. Average lot sizes are also only around $20 million, which makes it hard to scale up,” says Kavanagh.

“Investing at scale is becoming more difficult,” says Laughlin. “Many of the larger assets have been sold to investors who will never trade. Any large new developments are likely to be sold to an in-house REIT. Assembling portfolios of smaller assets takes time and a lot of effort for small equity tickets.

“I’ve always loved the sector, but with shrinking returns and a shrinking pool of investment options, it is becoming a less obvious play for international institutional investors.”