Diversity and inclusion are intrinsically linked with another global mega theme – the transition to a low-carbon economy. “Achieving the full economic and environmental potential of the sustainable energy agenda is really linked to our ability to advance on DE&I,” says Instar’s Sarah Borg-Olivier.

“There is a lot of evidence that women, low-income households and marginalized communities disproportionately bear the burden of poor infrastructure, energy affordability and of climate change. For the energy transition to be just, it must be equitable and take into account the needs of current and future workers and communities.”

Five million jobs are predicted by the International Energy Agency to disappear from fossil fuel industries by 2030 and the effects of that must be considered carefully.

“If a large oil company is employing thousands in locations across Africa, what will the impact be on those employees as production decreases?” asks Megan Fielding, senior director of responsible investment at Nuveen. “We know there will be downsizing and lay-offs – where will those people find jobs when big oil has been the dominant employer in those regions? There is a growing emphasis on a just transition and rightly so.”

But while 5 million jobs will be lost, jobs in renewables are anticipated to almost triple to nearly 29 million by 2050, the IEA predicts. It is important that those employment opportunities reflect the full social spectrum that energy transition is designed to serve.

Women represent 32 percent of workers in renewables, according to the International Renewable Energy Agency. This compares favorably with the 22 percent in traditional energy industries but lags behind the 48 percent in the overall labor force globally. Only 29 percent of female respondents to the IRENA survey felt the industry offered pay equity.

Ensuring the capital providers behind the energy transition are inviting diverse perspectives, voices and talents to the table is therefore critical to delivering on a just transition. And clearly those that do so will reap the rewards.

“Decarbonization will involve a whole economy transition requiring more than $100 trillion of investment over the next three decades,” says Brookfield’s Lori Pearson. “Those organizations with diverse and experienced teams that can bring unique perspectives and solutions to identify the best opportunities and attract third-party capital will be well positioned to support the transition.” 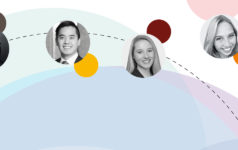 DE&I: On the minds of millennials 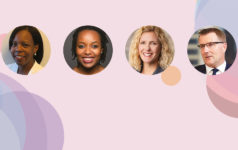 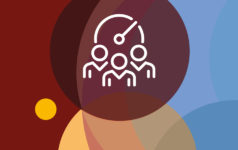 How do you measure success?

Managers 1 day ago
Added to your Saved Articles
Loading
Unsave Article
Please confirm you would like to remove this article from your saved articles.
Share with other subscribers
Only logged in subscribers of this site will be able to access the shared article.