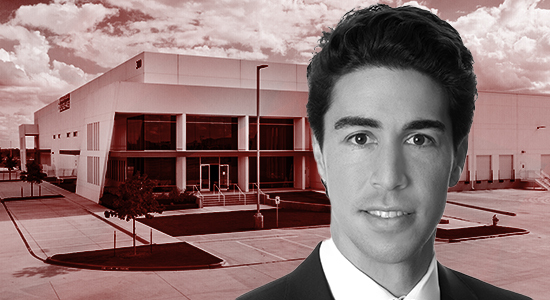 Hot off the presses
PERE launches today its ‘Dynamic dealmaking’ series, highlighting firms that are getting deals done despite the market uncertainty over high inflation, rising interest rates and the ever-looming threat of recession. These managers are defying the general sentiment to hit pause on investments – indeed, transaction volumes are projected to slow during Q2 and Q3 2022 as the industry adjusts its strategic decision making, according to a June report from Colliers. Instead, they have found different ways to get comfortable with executing transactions during turbulent times. The first three stories in the series will examine how KKR is capitalizing on a lack of liquidity in the market; why Heitman is betting big on alternatives amid rising inflation; and how PAG is intensifying its underwriting for better downside protection. If you enjoy reading this ‘dynamic’ trio, look out for another batch of stories next week to round out the series.

BlackRock’s unusual move
Another PERE story that just hit the wires is about the senior leadership changes at BlackRock Real Estate’s North America Property Fund. The world’s largest asset manager has made the unusual move of a making a key person change and portfolio manager change in the middle of a fundraise. BlackRock officially launched the fund in 2020 and held a first close on $250 million in mid-2021. However, the firm has not raised any additional capital for the North America Property Fund – which is understood to have a $750 million target and $1 billion hard-cap – since holding the first close a year ago. The vehicle is the first North America offering in BlackRock’s value-add real estate fund series, which also includes five Europe-focused funds and five Asia-focused funds, according to PERE data. For more on what is going on with the fund, check out the story here.

Rental rates to run
New York-based Blackstone sees a continued runway for rental rates to keep growing in the two most sought-after property types in the event of a potential economic downturn. During the firm’s Q2 2022 earnings call last week, Jon Gray, president and chief operating officer, said that industrial and residential real estate are likely two of the best sectors in the entire global economy. That is driven by record low vacancy in both sectors, atypical of the real estate market when heading into a downcycle. On the residential side, robust demand is being fueled by more people being pushed into the rental market as new home starts have dropped 20 percent in the past few months, he said. On the logistics side, strong e-commerce activity continues to drive occupiers clamoring for space. Gray also pointed out that the last time inflation was this high, between 1978 and 1982, CPI averaged 9 percent. Apartment rents grew by the same number, he noted. “I think investors haven’t fully appreciated the value of hard assets in this kind of climate,” Gray said.

A good climate for fundraising
Venture capital firm Fifth Wall closed its debut climate fund at $500 million last week as the US and Europe braced for record high temperatures. In an attempt to aid the decarbonization of an over $10 trillion industry, the firm is investing in software, hardware, renewable energy, energy storage, smart buildings and carbon sequestration technologies to tackle climate change, according to a press release. The vehicle is now the largest private real estate climate fund, having received commitments from real estate heavyweights CBRE and Ivanhoé Cambridge as well as global institutions like NZ Super Fund, among many others. United Nations’ data shows 40 percent of global carbon dioxide emissions come from real estate spurring many market participants to prioritize net-zero carbon plans and climate-related technology in their real estate investments.

One sign of a market reset
For private real estate participants looking for signs of a wider market reset, central London offices is one area that warrants closer attention, according to research from BNP Paribas. While office investment in the UK capital reached its highest H1 volume since 2018, most of that investment, over 70 percent, took place during the first quarter. A significant slowing in the second quarter – the city’s second smallest Q2 investment volume since 2009 – was driven by the jump in the UK base rate from 0.1 percent to 1.25 percent in the past eight months. David Camp, chief executive officer of Stanhope, a London developer responsible for one of the largest office deals this year – the £300 million ($361 million; €354 million) acquisition of 70 Gracechurch Street with Cadillac Fairview – told the Financial Times (paywall) that sales that hit the market only a few months ago were already being discounted by 10 percent.

Return projections soften
Return projections on every major real estate sector have dropped halfway through the year, according to a report from Oxford Economics. The worst hit property types are office and retail, the former because of hybrid working causing declines in rental income and the latter because of a tightening of disposable income as a result of inflation, the report contends.

A unifying leader
For the past several years, Allianz Real Estate has split its European leadership between two CEOs, one focused on West Europe and the other on North and central Europe. Now the real estate arm of German insurer Allianz has named Annette Kröger [her LinkedIn profile here] as the CEO of Europe, overseeing all of Allianz’s real estate equity activities in the region. Kröger has been CEO for North and Central Europe since 2015, covering Austria, central and Eastern Europe, Germany, the Nordics and the UK. Her promotion follows the anticipated departure of Alexander Gebauer [his LinkedIn here] – who has been CEO of West Europe since 2018, covering Belgium, France, Italy, Luxembourg, the Netherlands, Spain and Portugal – at the end of the month. This is the first time Allianz Real Estate has had a single CEO, a post that will replace the two regional CEOs. Prior to having regional CEOs, the organization had country-specific CEOs in Europe.

Performance driver
For Sacramento-based California Public Employees’ Retirement System, the largest US pension plan, real estate – and private markets more generally – was the saving grace in an otherwise disappointing fiscal-year performance. The investor’s assets sit at $440 billion after a 6.1 percent, or $29 billion, loss during its 2021-22 fiscal year, its worst since the global financial crisis. However, a bifurcation between private market and public market returns means that CalPERS’ real assets portfolio contributed a 24.1 percent net return to the portfolio in 2021-22, despite producing an average of 3.6 percent over the prior three fiscal years. Around 85 percent of the real assets portfolio is in real estate, with the asset class outperforming private equity, which produced a 21.3 percent net return for the investor. 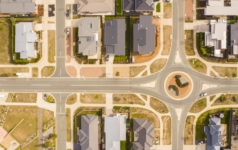 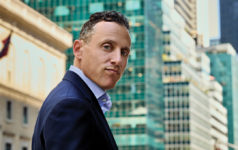