“The biggest risk is not taking advantage of the opportunities in front of you.” 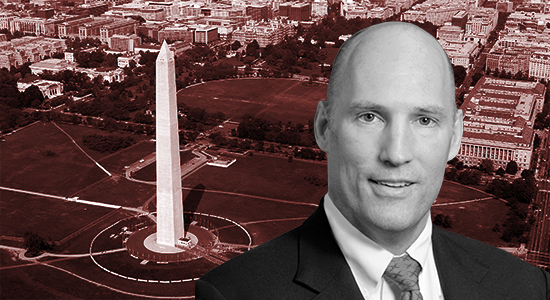 Carlyle has raised a lot of money to invest in specialized properties. The Washington, DC-based manager has closed its ninth fund on $8 billion, the second largest real estate fund this year behind Starwood‘s $10 billion Distressed Property Fund XII [see our coverage here]. Carlyle has grown its business by pivoting to counter-cyclical property types that have typically fallen into a bucket labelled ‘niche,’ Robert Stuckey (pictured above), Carlyle’s head of US real estate, told PERE. A focus on strategies such as single-family rentals, active adult residential, self-storage and data centers has buoyed interest in the opportunistic fund series. While specialized real estate types are known for having enhanced returns, they are also, by definition, less voluminous than the traditional food groups. But investors do not seem concerned about Carlyle’s ability to find a home for their capital. Stuckey says the fund was the firm’s largest and quickest raise ever, totaling $7.75 billion of outside commitments in less than 12 months.

French asset manager AXA IM Alts has expanded its global logistics platform into the Nordics, purchasing half a million square feet of last-mile distribution assets in the region from Copenhagen-based NREP. The €900 million deal pushes AXA’s logistics holdings to €7 billion of assets across a dozen countries. It also gives the firm exposure to some of the fast-growing online shopping markets in Europe. E-commerce is expected to hit 25 percent of all retail sales in the Nordics by 2024, up from 19 percent in 2019. More than half the assets are in Sweden, the region’s most developed logistics market, with Norway, Denmark and Finland accounting for 19 percent, 13 percent and 11 percent, respectively. NREP will continue to manage the properties on behalf of AXA, PERE understands.

The time has come!

After a week-long delay following a deluge of submissions, the 2021 PERE Global Awards are now open for voting! With our biggest awards yet at 70 categories – including new honors for achievements in ESG and proptech – we expect the turnout to exceed the response for last year’s awards, which attracted more than 11,000 votes. Have your say on who deserves the accolades for the industry’s biggest highlights of the past year by voting here. You have exactly one month to make your opinion heard, as the awards polls close at midnight PST on Friday, January 14, 2022.

Fresh off the final close of its UK social housing fund, Schroders Capital is gearing up to launch broader real estate impact strategies in the UK and Europe next year. But Sophie van Oosterom, Schroders’ global head of real estate, is wary of so-called ESG-washing, given the lack of reliable benchmarks in the space. “We hear a lot of people discussing impact – people saying one thing and doing another,” van Oosterom said, speaking at the first PERE Connect event held at the offices of law firm Katten Muchin Rosenman in London last week. Enter Schroders’ new 10-point framework, which was developed in-house and will allow the London-based manager to measure its success with impact investing in the asset class. The framework points include GDP per person in a specific area or proximity of people in the area to social infrastructure like care facilities or schools.

The race to net zero

At a whopping 92 pages, PERE’s ESG report is easily one of our biggest publications of the year. If you are limited on time and want to know what to home in on in the report, here are three stories that are not to be missed:

The demand for logistics real estate is opening up new opportunities for capital formation. California-based CapRock Partners, normally a value-add investor in the space, was able to raise $700 million for a long-hold development strategy. The vehicle, CapRock Logistics Venture, smashed through its $450 million initial target [see the press release here]. The firm will use the new funds to finance construction of five properties it already owns. With property values and replacement costs sky high, many closed-end managers and their investors are opting to recapitalize their assets for longer hold periods. CapRock is taking a similar tack with its balance sheet properties. Although, the firm has had its fair share of success through its traditional model, too. CapRock closed its third value-added fund on a $250 million hard-cap in January.

Cargo ships around the world are being held at sea while they wait to unload their goods. Some ports face longer wait times than others.

Sole man for the job

Carey Flaherty is now the sole chief investment officer at Madison International Realty, the New York-based direct real estate secondaries firm. Flaherty, who joined Madison in 2003 and was named co-CIO in 2017, previously shared the role with Derek Jacobson. The executive will continue to be based in New York and will oversee the firm’s Americas, UK and European investment activities. Flaherty and his team have deployed approximately $1 billion of equity over the past 18 months during a period of market volatility, including an investment in AXA IM Alts’ European life sciences platform, announced in August.

Ivanhoé Cambridge is setting its sights on Northern Europe. The real estate arm of the Quebec government pension investor CDPQ has launched a €400 million strategy to buy logistics warehouses in the Netherlands, Belgium and the Nordics [see the press release here]. It has already closed on five off-market transactions totaling €70 million. Ivanhoé Cambridge has dialed up its exposure to logistics from 5 percent of its global AUM in 2015 to 16 percent in 2020.