There is increasing visibility into the DE&I challenges faced by the private real estate sector these days thanks to a swath of industry surveys and reports. An increasingly widespread shift in corporate policy is doing its part, too.

In the near future, a survey launched last month by associations ANREV, INREV, NAREIM, PREA, REALPAC and ULI, conducted jointly with headhunter Ferguson Partners, is one of the most highly anticipated data sets on the topic.

However, the release of ANREV and Aurex Group’s compensation study this week offers us a reminder about one critical area that sits at the intersection of these two areas of research which requires far better illumination: private real estate’s gender pay gap.

While the report says private real estate’s 7 percent inequality margin outperforms a wider APAC benchmark, there remains a gulf between retention compensation types, like bonuses, and long-term incentive plans, such as shares in the employer entity and carried interest. According to the report, females are on average 53 percent less likely to receive such remuneration across Australia, Singapore, Hong Kong, Mainland China and Japan. When they do receive it, the value of their awards is 50 percent lower than their male counterparts on average.

This Asia study stands out in an otherwise still-opaque compensation reporting space. Its emergence reminds us there is clearly still data missing to get the right understanding of the imbalance and how much work there is to do to address it.

For example, why does Australia, with its liberal government and huge focus on gender rights, still perform poorly in terms of the likelihood of long-term incentive plan receipts and the value of those plans which are rewarded? ANREV and Aurex Group’s inaugural report captures only this moment in time. At this stage, we do not know whether things have improved or regressed over recent years. We also do not know how the numbers compare with other regions or industries. Do ‘motherhood years’ also play a part in the gender gap? Again: who knows right now?

The ANREV/Aurex Group survey represents a good start in highlighting gender inequality when it comes to compensation. But there are still plenty of questions that will need to be studied over time – and via multiple white papers, across each region – as we’re seeing now for other areas of DE&I in real estate. 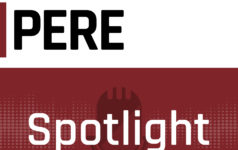 PODCAST: What ever happened to opportunity zones?