The opening salvo of PERE’s first Passport Connect webinar of the year began with a question.

“Do you think that aging populations are a nail in the coffin of the central office space?” PERE asked its audience as well as panelists Nick Axford, principal and chief economist at global real estate services firm Avison Young, and Neil Blake, global head of forecasting and analytics at brokerage and advisory firm CBRE.

The argument is predicated on the idea that with birth rates falling, and previous generations aging out of the workforce, the working age population would decrease and therefore less people would be in offices. The audience got first crack at answering the question, with a quick poll finding that 71 percent thought that no, aging populations were not going to kill offices.

This belief is not unfounded. Blake argued that central offices tend to be in cities, namely big capital cities and business centers around the world. Those markets are unlikely to suffer from a demographic perspective, he contended.

“Successful cities are all about attracting young people,” Blake said, adding that offices face a myriad of challenges brought on by the pandemic and that demographics are not one of the major reasons the asset class is being disrupted.

Axford was more effusive in his defense of city center office.

“A few years of pandemic-induced discovery of the benefits of flexible working are not enough to undo hundreds of years of the evolution of the way in which we work, and thousands, if not millions of years of human beings becoming social animals that want to engage face-to-face,” Axford said.

The difference between cities and countries

Japan serves as a great example of why the city center remains sought after in spite of the country’s declining population. Japan’s population peaked in 2010 at 128 million and has been steadily declining ever since, hitting 125 million in 2022. The population is also aging, with almost 38 percent of the country set to be 65 or over by 2050.

Tokyo, Japan’s largest city, however remains the largest city in the world by population. It suffered minor declines in population over the last couple of years, but has remained in growth mode over the long term despite the rest of the country suffering losses.

“It goes completely counter to this idea that national demographic slowdown is death to the city center,” Blake said. “It’s not just held its position, [Tokyo] has been one of the big success stories of the developed world.”

This trend is consistent with what the global property market has seen over the last cycle.

“Just the fact we have got a slowing working age population in Europe as a whole or in Japan or in the UK doesn’t necessarily mean that London and Paris and Tokyo are going to suffer,” Blake said. 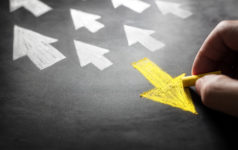 Another paradigm shift is underway among investors