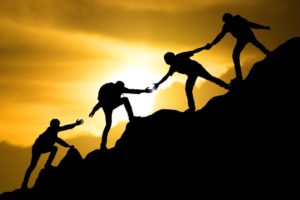 “No matter how daunting a task or venture may seem, everyone has the opportunity to succeed.” So US politician Daniel Webster is believed to have said when he was advised against pursuing a career in law, which was considered an oversaturated field in the 19th century.

Similar can be said regarding today’s new entrants into private real estate, which we highlight in our February cover story package. Asset managers such as PineBridge Investments, Pantheon Group, Blue Owl and Sienna Investment Managers – all of which have expanded into the property sector in the past year – have made a name for themselves in other asset classes and now are aiming to replicate that success in private real estate. But these hopefuls must contend with an already fiercely competitive playing field.

That playing field has been dominated by a number of industry stalwarts, many of which have been fixtures at the top of the PERE 100 list for a number of years. But that does not mean the top-tier firms have not reshuffled over the years too. In fact, the top 10 of the 2021 PERE 100 ranking is barely recognizable from that of the inaugural 2008 line-up. Indeed, of the top 10 firms from 2008, only one – Blackstone – remains in the top 10 today, and moreover, in the top spot.

The global financial crisis led to massive turnover among the top 10 firms, as many faced legacy issues with pre-crisis funds and saw their track records and subsequently, fundraising tallies, take a major hit. Real estate platforms tied with investment banks were the earliest to exit the top 10, while others such as the developer-cum-manager Tishman Speyer and private equity firm The Carlyle Group held onto their elite positions until only a few years ago.

There is unlikely to be a similar shakeup with today’s crop of top-tier firms, primarily because the current covid-19 crisis is not expected to lead to the distress of GFC-level proportions. This is partly due to less oversupply and less overleverage in real estate post-GFC. What that means is that the current crisis is not expected to create the same void at the top that paved the way for firms such as Brookfield and KKR – which were still newcomers to real estate only a decade ago – to ascend and become some of Blackstone’s closest rivals today.

However, predictions of greater volatility ahead from rising inflation and interest rates could finally trigger a long-awaited wave of distress and potentially drive more divergence in performance between managers. Another source of disruption is environmental, social and governance requirements, which could create additional winners and losers among industry players. Some firms no doubt will be more successful at incorporating ESG principles into their investments, which will, in turn, have ripple effects for performance and fundraising capability for those managers.

But while there could still be some pandemic-era casualties, overall it has been a time for this sector’s competitive set to expand, not contract, in contrast to the post-GFC era. More managers are entering rather than exiting the space, which means there is less room at the top than during the last cycle. But private real estate’s highly ambitious new entrants are unlikely to be daunted.