Opportunity zones were all the rage in 2019. The program featured prominently in newspapers, conferences and conversations among real estate professionals across the country. Hundreds, if not thousands, of funds were launched to invest in OZs, many with lofty targets.

Over the past two years, however, opportunity zones have largely faded into the background. What has taken place within the space since then? Quite a bit, Pulitzer Prize-winning journalist David Wessel tells PERE, though not all of it has been within the spirit of the legislation that launched the program.

Wessel’s latest book, Only the Rich Can Play: How Washington Works in the New Gilded Age, explores the origin of the opportunity zones program, the ambitions behind it and the realities that have played out thus far. 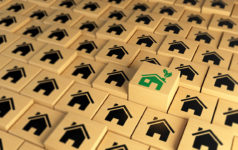