Policy measures expected to reduce liquidity in the sector include: a 5 percent tax on the resale of residential real estate assets within five years of original purchase; a 40 percent down payment for second mortgages; the minimum down payment on land to be increased to 50 percent; and an increase in low cost and mid-to-low cost housing development.

But the most surprising issue is the increasing minimum national bank reserves ratios which China has raised from 16 percent from 15.5 percent previously.

Addressing an audience predominantly made up of GPs and their LPs, Ulrich said liquidity levels will fall as the government enforces such measures “This came sooner than the market expected,” she said, “but it’s a reaction to increased bank lending.” According to JP Morgan figures, real estate lending in China grew 33 percent on a year on year basis in 2009, which Ling described as an “unprecedented” high.

“As a result property transaction levels went to record levels because of the accommodative lending market,” Ling said.

“The government is keen to support real estate, which accounts for 25 percent of the country’s fixed assets, but it is also keen to control speculative investment,” added Ling. 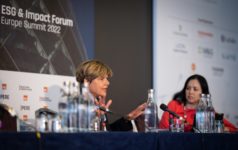