This article is sponsored by PATRIZIA

For the past two decades, governments have invested vast sums to create smart cities. These are urban environments that leverage information and communications technology to manage a city’s assets and processes efficiently and provide connectivity and mobility to an ever-growing urban population.

The vision of a sleek, master-planned metropolis providing data-driven efficiencies, conveniences and new development opportunities is powerful. According to one count, the number of smart city projects announced annually worldwide rose from three in 2011 to 78 in 2019.

However, enthusiasm is waning for grand smart city visions. Part of this is due to covid. The rise of the pandemic saw many initiatives pushed back or canceled. But there is also a growing litany of smart cities across the globe falling well short of the lofty aims proclaimed for them by developers and entrepreneurial city leaders.

One problem is the growing realization that places designed from scratch often fail to capture what makes a city successful in the first place: the history, culture, promise, vibrancy and people. Simply put, a lot of urban life simply ‘does not compute.’

Does this mean smart cities are a foolish idea? Currently, 56 percent of the world’s 7.9 billion people live in existing cities, and the number of urban dwellers will only continue to swell in the coming decades. The alternative to constructing gleaming, data-driven cyber-cities on greenfield sites is to graft innovative technologies onto existing cities in ways that allow cities to reinvent themselves.

It is what successful cities, whose existence has spanned centuries or even millennia, have always done: incorporate the best innovations of the time – electric lighting, elevators, trains, sewage systems, viaducts – to enhance urban life.

The building components of smart city concepts are sensors, cameras, communication networks, cloud infrastructure and the AI processes needed to process the ever-growing masses of data. Such solutions have already been successfully implemented in places like Barcelona, London, New York and Singapore – four cities that regularly feature on smart city lists.

At PATRIZIA, we consider the best use of innovative technologies is not in building smart e-topias but in ‘smartening up’ existing cities. Our legacy cities face immense challenges – overcrowding, traffic congestion, decarbonization, environmental degradation, resource scarcity and environmental threats. The key to addressing these is retrofitting our cities’ infrastructure, buildings and services in an intelligent way so they remain secure, resilient and, above all, livable in the future.

From a real estate investment perspective, we believe residential will be one of the property types that will continue to deliver superior risk-adjusted returns. However, to maximize returns, capital needs to be deployed strategically, based on sound market research that also considers how cities are smartening up.

This is important because not all European cities present investment opportunities. Urbanization is a worldwide trend, but in Europe it has a significant demographic twist: the continent is also aging rapidly. This decade, the long-term consequences of
demographic drivers – increasing lifespans and fewer babies – will become a reality.

The number of employed people in the EU 27 peaked in 2020 and companies will increasingly find themselves competing for an ever-shrinking pool of young talents. Importantly, by the end of the 2020s, the last of the Baby Boomers will be entering retirement, which will also reshape aspects of society beyond the workforce.

For example, young people will continue to flock to successful cities, but adjusting healthcare, mobility services, public infrastructure, housing and social policy will severely burden many other cities.

These challenges will be exacerbated in countries with declining populations: Greece, Italy, Portugal and much of eastern Europe. Such long-term factors as demography, technology and social change mean investors need to be highly selective concerning European cities.

We have developed what we believe to be a market-leading approach to identifying investment opportunities. First, our focus is tightly urban – and with good reason. After all, Europe has been on the path toward ever greater urbanization since the 1950s. Then the share of people living in urban areas was 51.5 percent. Today, it is 75 percent and projected to rise to almost 84 percent in 2050.

Large European cities should see growth continue, particularly the capitals. Such cities routinely outperform their national economies, sometimes to a quite staggering extent. Between 2005 and 2019, for instance, Oslo saw more than twice the GDP growth as Norway as a whole.

The economic strength of London and Paris is quite extraordinary. For example, London has a GDP of €801 billion, which, if it were a country, would see it ranked eighth in Europe above Switzerland, Sweden and Ireland. Paris, with a GDP of €685 billion, would place 10th.

Quite simply, cities are increasingly the engine rooms of economies worldwide, particularly in Europe. However, it is still essential that investors fully understand city dynamics to match locations to investment strategies. For example, when other capitals were booming, Brussels and Lisbon saw significantly lower growth than Belgium and Portugal. Then, too, many investment opportunities lay outside the city boundaries of the capitals.

“The alternative to constructing gleaming, data-driven cyber-cities on greenfield sites is to graft innovative technologies onto existing cities”

A key aspect of our approach to understanding the emerging issues and challenges confronting European cities is the PATRIZIA European Living Cities Index, which takes in a wide range of demographic and economic factors and each city’s innovative capacity and connectivity to build a rich picture of individual cities and how they sit relative to each other. All these factors are used to rate a city’s attractiveness. The most recent update has enhanced the analysis on the fundamental side and in the attractiveness analysis to reflect smart city and sustainability aspects.

However, this is only part of the picture. The index also provides intelligence on how liquid the residential market is in the 142 cities examined. This is critical as liquidity dictates how quickly capital can be deployed and how active portfolio management activities can enhance property value while the fund matures.

The index then allows us to place cities into four quadrants: powerful, aspiring, liquid and innovative. All four sections are seen as investable as they provide different opportunities
depending on fund strategy and, crucially, desired levels of risk and return. Inevitably, some are categorized as neither attractive nor liquid and are placed in a fifth section, which we view as un-investable but that we continue to monitor.

However, it should be said that cities move between segments with each iteration of the index. For instance, in the latest iteration, Luxembourg moved from innovative to powerful due to increased liquidity.

By building a powerful picture of individual city dynamics and how they compare to other locations, we can also target investments towards residential subsectors as appropriate. For instance, within multifamily housing, we have identified Dublin and Paris as leading locations for investment.

Dublin is currently benefiting from the fallout from Brexit, with both the financial and technology sectors continuing to attract well paid, relatively young people, thereby creating a growing demand for high-quality rental accommodation.

Meanwhile, in Paris, new opportunities are opening due to the improvements delivered by the Grand Paris Express. When finished in 2030, this infrastructure project will have created a 200km metro loop around Paris with 68 new stations and connections to the city’s three airports.

The price tag is nearly €40 billion, and the ambitious aim is to dramatically shift the way people think and move about the capital. Two million people a day will use the Grand Paris Express. Carbon emissions should also be slashed, primarily by eliminating the daily commute through the city heart, possible for many today only by car. The project uses both established and new technologies alike to increase the quality of life in one of Europe’s most famed metropolises. Smart move!

Think beyond the capitals

Paris is an example of a successful European city using technology to smarten up its infrastructure. The design of the index also captures many of the institutional, human and technological vectors that help investors identify cities that are smartening up their urban environments. This gives investors a solid footing to build them into their investments in a forward-looking approach.

Importantly, investment opportunities do not stop at the city limits of the capital. Many second-tier European cities provide the conditions for sound investments and solid long-term returns. But as urbanization and demographic change are moving at different speeds and degrees, it requires a thorough understanding to benefit from the trends.

Some of the second-tier cities that rate highly in the index in terms of innovation are Grenoble, Lille, Lyon and Toulouse in France, and Eindhoven in the Netherlands. Espoo, the second-largest city in Finland, has a vibrant, innovative ecosystem.

Bordeaux, one of the world’s famous wine centers, is busily smartening itself up. Since 1990, the city has restored its neoclassical architecture, introduced a high-tech public transport system, and turned the former industrial docks area into an emerging arts district. A project called Bordeaux Euratlantique also aims to transform Bordeaux by 2030, turning it into a leading European city, attracting a targeted 30,000 new jobs and housing for 50,000 people.

Bordeaux cannot currently be found in any of the world’s top 10 (or even 30) most livable cities indexes. (On the PATRIZIA index, it ranks 54.) However, as it transforms itself from a city in decline into a future-looking city, its rankings are bound to rise, and opportunities abound as part of the right strategies.

In the end, cities of the future don’t have to be ‘smart,’ well-engineered or cleverly designed. They need to be fair, green, sustainable, safe, healthy, affordable and resilient. The internet, the mobile cloud and clever buildings and infrastructure will contribute to this. We believe the best investment opportunities will be in places seeking to create livable communities that are humane environments that engage people and that work. 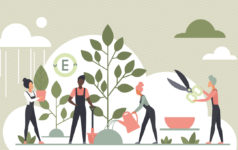 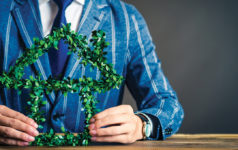 Jersey Finance: Jersey gets ahead of the game