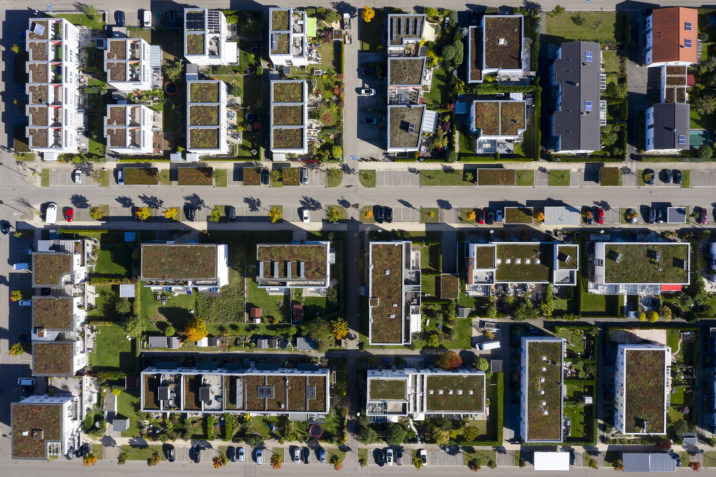 US private equity firm Oaktree Capital Management, which is majority owned by Canadian manager Brookfield, has entered the UK residential development finance market by backing a new lending platform targeted at mid-market projects in the country.

Matthew Pritchard, formerly head of European real estate debt at asset manager Man Group, and Gavin Eustace, ex-head of residential development at specialist UK lender Octopus Real Estate, have launched Silbury Finance with the aim of lending £500 million ($681.9 million; €561.9 million) in loan deals in the country by the end of the year and up to £3 billion over the next six years.

Although the company was launched against the backdrop of the covid-19 pandemic, it was not a direct response to it, said Pritchard. “It was already planned that we would be launching the business during 2021,” he told sister title Real Estate Capital. “For Oaktree, this is a long-term play in the UK living sector that goes beyond the current market dislocation.”

However, the economic backdrop could exacerbate the ongoing undersupply of credit available to mid-market residential developers, said Pritchard. “Many UK lenders have retrenched and are committed to managing their current loan books while large debt funds continue to seek the higher returns available from the large single ticket loans,” he said. “We can benefit from such a funding gap, as we do not have any legacy issues and are backed by an extremely well capitalized funder.”

Silbury will target loans against residential properties, including retirement schemes and student accommodation, with an initial focus on residential-for-sale schemes across southeast England. “Our main focus will be residential for sale, which is structurally undersupplied in the UK,” Pritchard said. “The UK residential sector was already benefitting from a number of favorable structural trends but has further demonstrated its defensive characteristics during the pandemic.”

The business will provide loans typically in the range of £10 million to £150 million and is willing to offer up to 70 percent of the value of a development project. So far, it has focused on what Pritchard regards as the most defensively positioned schemes, in anticipation of potential covid-related headwinds. “The pandemic will surely have an impact on supply and labor costs and construction programs’ duration, which is why we need to focus on strong counterparties.”

Ahead of its official launch, Pritchard said, Silbury has already closed lending deals. “We hope to lend half a billion in year one by focusing on larger transaction sizes in the £10 million-£100 million range although our ‘sweet spot’ is the £20 million-£50 million range.”

Silbury sources its capital from “a 10-digit number fund” managed by Oaktree, Pritchard said. “Oaktree has a demonstrable track record in Europe for raising repeat funds for business opportunities they regard as having compelling risk-return characteristics,” he added. “So, as long as the risk-return is still attractive in development lending in the living sector relative to other asset classes, we anticipate Oaktree making the funds available to support the business’ growth ambitions.”

The new firm, Pritchard added, does not plan to expand beyond Oaktree as a funder. “We are exclusive to them. Oaktree owns the platform and exclusively funds it; this is an optimal way for them to deploy capital into the asset class and ensures stability of funding for borrowers.”