As the private real estate market cycle continues its protracted meander, the executives responsible for creating and preserving value in the sector are finding their craft has become increasingly valuable to employers.

With greater emphasis placed by institutional investors on alpha methods of investing amid largely benign market conditions, acquisitions professionals have found their asset management colleagues are nowadays taking home almost comparably high levels of compensation, certainly as far as base pay is concerned, but also, in some instances, when it comes to bonuses, too.

The data on bonuses demonstrates a slightly wider gap between the two professions: the midpoint bonus for a private equity real estate acquisitions managing director was $720,000 versus $585,0000 for an asset manager equivalent, a 23 percent difference, while the real estate investment manager director’s difference was a larger gap of 25 percent. Nevertheless, according to Ghada Sousou, Sousou Partners’ founder, the gap across the board was bigger as recently as 10 years ago.

“There’s such a difference today,” states Sousou. “Depending on the platform, asset manager pay was between 30 and 50 percent lower then. As you can see, today the difference is meaningfully smaller.”

“I would agree that compensation levels for top asset managers, particularly those with experience in driving value at more complicated assets and developments, and those who have multi-country expertise, is rising and getting closer to acquisition professionals,” says Jeff Jacobson, global chief executive at Chicago-based investment manager LaSalle Investment Management, an employer of more than 750 staff.

Sousou concurs, to a point. She suggests the narrowing gap is indeed a function of the cycle. “Where we are in the cycle now requires more focus on complexity and value creation and less on buying low or financial engineering.”

But she thinks there is also greater recognition among firms that an asset manager’s job kicks in not after an acquisition, but leading up to it. “The nature of the asset manager’s role has changed tremendously. They are brought in much earlier in the transaction process these days, are often included in the due diligence process therefore potentially affecting the decision if a deal is done or not,” she says.

Certain firms, she adds, have even opted to recruit acquisition professionals from asset management pools of talent. Others have sought to merge the roles, backing the same individual to perform the entire buy-fix-exit function. “That is one reason their compensation ranges are looking more alike,” she says.

“I would agree that compensation levels for top asset managers, particularly those with experience in driving value at more complicated assets and developments, and those who have multi-country expertise, is rising and getting closer to acquisition professionals”

Kiran Patel, chief investment officer and interim chief executive at London-based investment manager Savills Investment Management, also sees the smaller difference in pay between the two professions. “Yes, the gap is narrowing,” he says. “We’re not in a period of distress, so you couldn’t take advantage of pricing anomalies. Transaction people take advantage of such pricing when there’s a lot of volatility, and we’re not there today. So the bulk of a return comes from sweating the asset.”

Patel says the base pay difference at the senior levels of his 300-strong business is today very minor, at about 5 percent. “It could have been closer to 10 percent before,” he points out. “But the difference comes in bonuses. Those can be varied, depending largely on whether an acquisitions person is prolific at getting deals through the door. They often get bigger bonuses than someone who is sweating assets.”

Like Jacobson, Patel places most blame on the cycle. “We hire where the gaps are. You’re just not going to get away from skill-required functionality,” he says. “Gaps will increase and narrow depending on where you are in the cycle and where there is competition for people.” In Savills’ stronghold markets in Europe, the firm is hiring not only asset managers in Germany, but also transactions professionals in France, for instance, in reflection of their different market stages.

Principal Real Estate Europe, a London-based manager of 110 staff, is also hiring for a range of roles, including both acquisitions and asset management staff. There, a similar narrowing of the pay gap has happened.  “Asset management skills are more valuable today,” says Jos Short, its executive chairman. “It has to be cyclical. But will it continue through the next cycle? Quite possibly.”

Short believes the more dynamic nature of real estate occupation, across the asset classes, is driving greater rewards for asset managers who are today tasked with more challenges to meet than previously. In particular, he thinks shorter leases are pushing asset managers to become more integral in the investment process. Cognizant of this, Principal today includes asset managers on its investment committees.

In these increasing instances of dealing with short-term tenures from tenants, Patel agrees asset managers are going to provide a manager with the best chance of capturing value: “If you’ve got an asset with a 10-year let to a single tenant, that’s pretty hard to work. But an asset spread between 10 tenants with average leases of two to three years – they can work that.”

Clue in the carry

Indications as to whether asset managers’ remuneration continues to challenge their acquisition counterparts’ might be found in the awarding of the sector’s holy grail of payouts: carried interest. More relevant to private equity real estate firms, which typically pursue higher risk and return strategies, these payments of far superior scale are structured for the long-term as opposed to base and bonus payments, which are calculated monthly and yearly respectively. Sousou Partners’ research sees carried interest, where it is awarded to asset managers, cap out for the managing director and director levels at $2.5 million, a third of the $7.5 million made in promote by certain managing directors the firm has placed. Nonetheless, Sousou points out that asset managers historically would not have shared in a manager’s promote structure at all. Previously, their function was seen more as a service to a business, as opposed to an originator of the business.

“It is still a fraction of acquisitions,” she admits. “Anyone who works on originating deals is always going to be paid better.”

Even so, she, and others besides her, are of the belief that improving asset manager compensation is here to stay and the gap between their money and that of their hunter-gatherer counterparts will not be as subject to cyclical forces as it once was.

How carried interest payments are awarded, funded and paid varies from platform to platform, as Sousou Partners’ Ghada Sousou explains

How, when and to who carried interest – or promote, as it is otherwise known – is paid, depends on the manager, says Ghada Sousou, founder of real assets executive search firm Sousou Partners.

The payments traditionally reflect a share of profits of an investment paid to a manager in excess of the amount that manager contributes to a given partnership; in the private real estate context, this is typically a fund or other structure holding capital from third-party investors. After a hurdle has been reached for the investments made on behalf of the vehicle, the proceeds from the outperformance are shared between the investors, the manager and its team. Given the scale of capital committed to most institutional vehicles, carried interest, in whatever structure it is paid, could form the largest part of a private real estate executive’s compensation.

Sousou explains, however, that the level of these payments and to whom they are made can vary depending on the manager. While base compensation and bonuses in the sector are increasingly standardized, promote paying is not. She illustrates the point by sharing examples of what levels could look like for a relatively smaller manager compared to a manager of more than $5 billion of assets (see illustration below).

“The asset base correlates with carry,” she says. “But also, where is the firm on the risk curve.” For instance, the opportunistic strategies typically carried by private equity real estate firms pay greater carried interest as a reflection of the complexity that typically goes into creating the higher returns expected from such strategies.

Further, firms with large asset bases tend to employ more people and the carried interest could be shared more widely across more professions with asset managers, chief financial or operating officers invited to participate. In some cases, the payment structure is intricate. For instance, participants making co-investment contributions, 30 percent by cash and 70 percent through third-party funding provided by firm or in-house financing. Others might not have such provisions, although the most senior executives most likely will still be required to make co-investment contributions.

However carry is paid, it is considered the holy grail for executives. According to Sousou’s examples, a private real estate regional head can take home as much as $20 million from a carry program – that alone planting them among the world’s richest 0.1 percent. 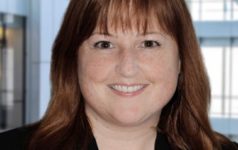