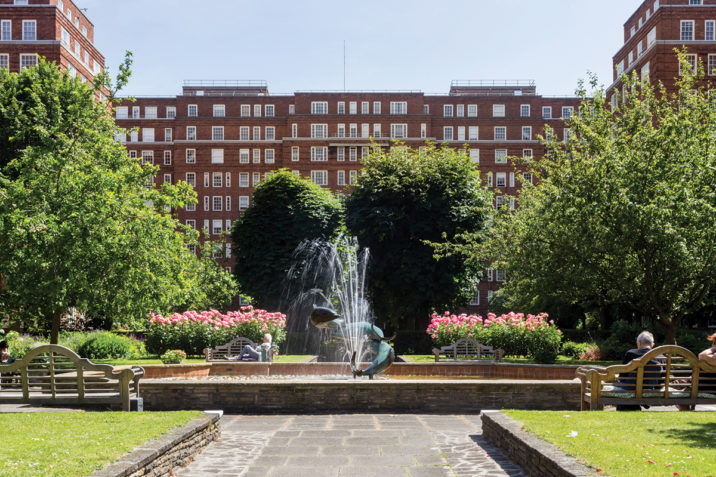 If the walls of Dolphin Square could talk, they would be discussing politics and pop culture.

They would be talking to new owner AXA Investment Managers – Real Assets, the real estate business of French insurer AXA, which acquired the 82-year old residential complex in mid-September in a deal worth about €800 million. The seller was New York-based private equity real estate firm Westbrook Partners.

Though believed to be acquired for €50 million less than the asking price, it marks the biggest deal for a single UK-rented residential asset to date. It also “brings to an end a long period of uncertainty for Dolphin Square tenants,” according to a petition on the website Change.org, which had been campaigning against Westbrook’s proposed redevelopment of the complex.

Once the headquarters of general De Gaulle’s Free France government-in-exile during World War II, the complex was also the location of the 1962 arrest of Soviet spy John Vassall. More recently, its pool was featured in 80s pop band Culture Club’s music video for the song “Do you really want to hurt me?”

The striking red-brick neo-Georgian building was built in 1937 next to the Thames in central London’s Pimlico. At 800,000 square feet and comprising 1,233 apartments, spread across 13 individual houses, it was the largest self-contained block of flats in Europe until 1992.

When Westbrook invested in 2006, it paid £190 million ($246 million; €208 million) for a head lease running until 2034. It then used a legal process called enfranchisement to forcibly buy the freehold from insurance company Friends Life in 2015 for another £176 million so it could undertake a redevelopment that would prove controversial. Tabled in 2017, this plan was rejected by Westminster City Council and London Mayor Sadiq Khan last year to the joy of residents.

New owner AXA has presented an alternative proposal involving capital expenditure including notable ESG elements that prioritize the complex’s heritage. “Dolphin Square represents the right combination of scale, quality of building and a proven track record in terms of performance whilst providing room for additional value creation,” Federico Faravelli, UK Head of Asset Management at AXA IM Real Assets, tells PERE. “The idea is to respect the heritage of Dolphin Square whilst adding a modern approach that aligns with how people wish today through initiatives such as energy management.”

With these plans, the new owner hopes the complex’s walls will have kinder things to say going forward.