PERE
Home opinion Kalsi’s BentallGreenOak has set a hard bar on diversity for others to... 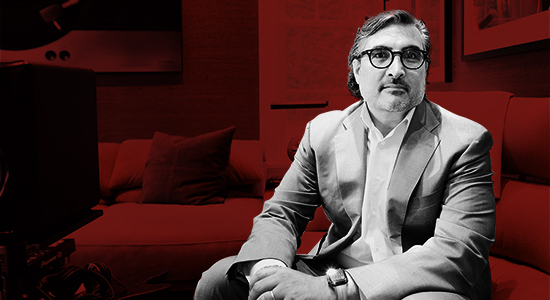 It was inevitable that once Sonny Kalsi’s incoming recruitment policy saw the light of day, it would provoke debate. That was the minimum the newly-installed BentallGreenOak boss hoped for, after all.

Whether we see a subsequent slew of copycatting is another matter. For most, the implementation of a hard rule dictating 66.7 percent of all new recruits be minorities or women represents an admirable effort by one of private real estate’s highest-profile individuals and mega-managers to fight against systemic inequity in the western world. Corporate America was under pressure to respond to the police killings of black people this year and public statements of condemnation and unity are no longer enough. Tangible action by people who might make a difference is required and, in private real estate, Kalsi has ensured that.

For some folks, the concurrent implementation of self-imposed penalties in the event BentallGreenOak misses its own recruitment targets is a bridge too far. Debbie Harmon’s Artemis Real Estate Partners, for instance, managed to achieve the same two-thirds diverse recruiting numbers in 2018 and 2019 by using carrots over sticks – albeit her firm’s 60-strong headcount is a fraction of BentallGreenOak’s 1,300-strong operation and was diversely designed from the start.

Harmon is a long-time ally of Kalsi and collaborator with him on projects including the PREA Foundation, which partners with Sponsors for Educational Opportunity on a US initiative aimed at helping Black, Hispanic and Native American undergraduates receive real estate training and full-time employment. The fact that she would adopt a more celebratory tack over penalizing missed targets tells us that, even among private real estate’s diversity champions, there is plenty of nuance.

But while Artemis had no legacy bench to contend with, too many organizations are in similar shape to the white, male-heavy BentallGreenOak that Kalsi has inherited. Indeed, as PERE’s interview highlights, 78 percent of executives at managers covered by the Pension Real Estate Association are men; 88 percent are white. That is quite the mountain to climb.

And it would be naïve to assume racism and diversity issues will continue to dominate headlines, and thus the public consciousness, to the degree it has this summer. Certainly, Kalsi does not think so. That is why he wants to strike hard – and strike now. As he admitted to PERE during the interview, he considered not sharing BentallGreenOak’s recruitment policy before it had taken proper shape. But, conscious that the enthusiasm for implementing such trajectory-changing policy might wane, he ensured he tied the firm’s colors firmly to its mast.

The specifics of the policy might change slightly over time. But the target number is now out there and would be problematic to remove. Even if others implement hard quotas far smaller than 66.7 percent, these actions would still make a significant difference, given most firms in the industry had no such targets before.

Private real estate has some way to go before it can meaningfully contribute to the fight against societal inequity. And Kalsi’s BentallGreenOak cannot hope to do more than lead by example. But whether you agree with its penalties or not, this firm is unequivocally standing out by using the momentum of this summer’s protests against racial injustice to execute a long-needed strategic shift. For that, it should be recognized and applauded.