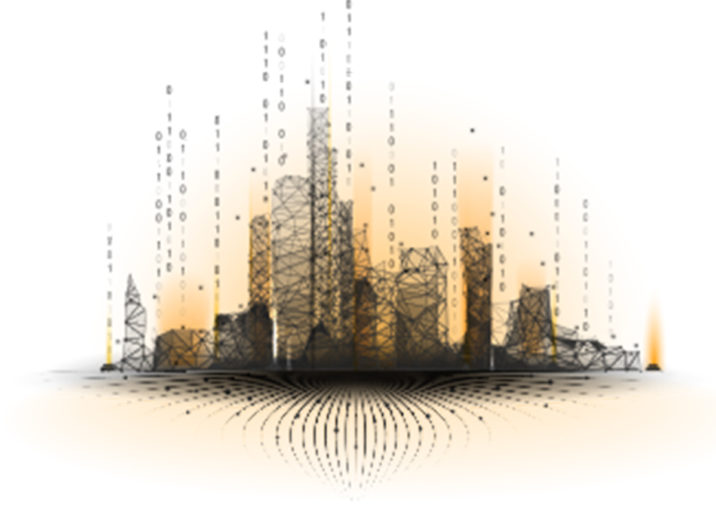 How much of our life do we spend online? According to estimates from Savills, based on data from GlobalWebIndex on average daily internet usage, more than 40 percent of our waking life, provided we sleep eight hours daily.

Growing data consumption from internet usage, smartphone adoption, video streaming – as well as the transition to 5G and the massive growth in the internet of things (IoT) – is leading to insatiable cloud demand across the world. This means the scale of digital real assets – data centers, cell towers, small cells and fiber optic broadband – has rapidly increased over a relatively short period of time.

“Over 10 years, the global connected population went from 26 percent to 59 percent last year,” says Lydia Brissy, director of European research at Savills. “And during the pandemic, with the mobility restrictions aiming to contain the spread of the virus, internet traffic has increased substantially.”

Last June, Snow Software surveyed 250 IT leaders globally, and 82 percent of respondents said they had ramped up their use of the cloud to enable remote working. The survey also found that 66 percent will continue to use cloud services once employees return to the workplace. Furthermore, 45 percent of respondents plan to accelerate the pace of their cloud migration.

“The growing need for data storage was underway a long time ago, but the exacerbating factor of the pandemic has brought the data center industry to the fore, and it’s catching governments and investors’ attention,” Brissy says. “Over the last 18 months, we have had a lot of calls and requests from real estate investors, from established to new players.” She adds that, for now, new entrants in the market are looking to invest mainly in data centers rather than other areas of digital real assets, like towers or fiber, generally viewed as infrastructure.

Global data center M&A reached a record $30.9 billion in 2020, breaking the 2017 record of $23.7 billion, according to Synergy Research Group. Meanwhile, 2021 looks to be a strong year for investment in the space, with $13.5 billion of deals currently being tracked and expected to be completed in the next six months, according to Knight Frank data released in March.

“2020 has marked a clear step toward improved liquidly for the data center asset class. Investment activity within the sector, which has historically been fueled by new development activity and M&A, is evolving and we expect to see a more liquid market over the coming years,” says Marcus de Minckwitz, EMEA head of industrial and logistics at Savills. “Returns are currently very attractive when compared to other asset types and there is a very exciting growth story, which is leading to ever-increasing levels of interest from investors and developers.”

Particularly in the last five years, as more capital has been invested in data centers globally, more real estate investment managers have been taking an interest in the sector. According to PERE data, in the last decade, $7.6 billion has been raised for data center-focused real estate vehicles, of which $4.6 billion was raised in H1 2021.

“It’s a global phenomenon,” says Indraneel Karlekar, global head of research and strategy for Principal Real Estate Investors, which raised $533 million in April this year for its first closed-end fund targeting data centers in the US. “Investors, especially institutional and even private high-net-worth individuals, have really embraced the idea of data centers as a unique investment class. Diversification, a long duration of secured income and a push into alternatives have been the main drivers.”

With the pandemic, the interest from real estate players has increased even more, as it has highlighted the resilience and attractiveness of data centers relative to other property sectors like retail, hospitality and office. CBRE’s Global Data Center Investor Sentiment Survey, for instance, finds that nearly 95 percent of all respondents, many of whom include the largest institutional real estate investors globally, were looking to increase their capital deployment in the data center sector in 2021.

“In sectors like offices or retail, demand has been more subdued because of question marks around the future of the workplace or consumer shopping habits,” says John O’Driscoll, European head of transactions, real assets, at AXA IM Alts. “Whereas the clear underlying structural trends for data centers, and also logistics, means the demand picture is much clearer, so you can continue to deliver product and create value through real estate ownership – and particularly through development.”

Despite greater interest for investment in data centers, market participants cite limited availability of product and intense competition as key challenges to deploying capital in the space. Opportunities, however, can be found globally – and in new markets.

“In the US, it’s about five major primary data center markets, with northern Virginia being the largest data center market in the entire world,” Karlekar says. “Over the last 12 to 18 months, however, we have seen a diversification across geographies in the US, with opportunities in markets like Chicago, Dallas, San Francisco and Phoenix.”

“In Europe, tier-one markets – London, Paris, Amsterdam – have strong occupiers. But we are also starting to see strong demand from tier two-markets such as Madrid, Milan, Berlin or Warsaw,” he continues.

The move from primary toward secondary markets in both the US and Europe is driven by the need to reduce latency – the time it takes for the data to move to the end user – with high valuations in core tier-one markets also contributing to this trend, Karlekar notes.

Stephen Beard, co-head of global data centers at Knight Frank, sees the opportunity moving from stable and mature Western European markets to Eastern Europe, where the governments of several countries are currently considering migrating their data onto public cloud solutions. “There’s a fundamental requirement for data center operators to build speculatively in anticipation of the cloud winning those tenders,” Beard says.

Beard notes large cloud companies, like ByteDance, Tencent and Alibaba have landed heavily in Moscow, but are yet to deploy the scale through Europe. “Moscow data center operators are inundated with Chinese business and, at some point in time, the Chinese cloud will do the opposite of the US cloud. They will drift from East to West and so there could be a perfect storm around the CEE region,” he says.

In Asia, warehousing giant GLP sees data centers as one of the biggest opportunities going forward, with China being its most significant investment market, says Craig Duffy, the firm’s managing director of fund management. “We started investing in data centers in China in 2018 and have assets that will deliver approximately 800 megawatts of installed capacity upon completion. Our identified pipeline in China potentially doubles that capacity over the next two or three years.”

Across a global investable market, real estate investors note a strong bidding depth and, therefore, yield compression. “As a result of the weight of capital seeking exposure and the growth outlook, we are certainly seeing valuation appreciation and very strong competition for platforms,” O’Driscoll says.

While further yield compression is widely expected, though, the industry agrees that the stronger driver going forward is not a yield premium, but access to long-term streams of capital.

“In the listed market, REIT companies have certainly invested not just in data centers but also towers and other niches – they are viewing it as real estate,” says Indraneel Karlekar, global head of research and strategy for Principal Real Estate Investors. “In private real estate markets, we haven’t seen a large move toward this space yet because there’s still debate on whether things like cell towers are infrastructure or real estate.”

“A deciding factor is where the cashflow is coming from – is it an operating entity or real estate?” Karlekar says.

One of the real assets giants currently investing not only in data centers but also in fiber and towers is AXA IM Alts. “We do both, as we are not pure real estate investors, we also have a very large infrastructure business,” says John O’Driscoll, the firm’s European head of transactions. “The line between real estate and infrastructure is probably drawn at data centers. With towers and fiber, you don’t really find the very traditional real estate investors. But the broader trend in the industry is a focus on real assets and alternatives, and these lines can get a bit blurred.”