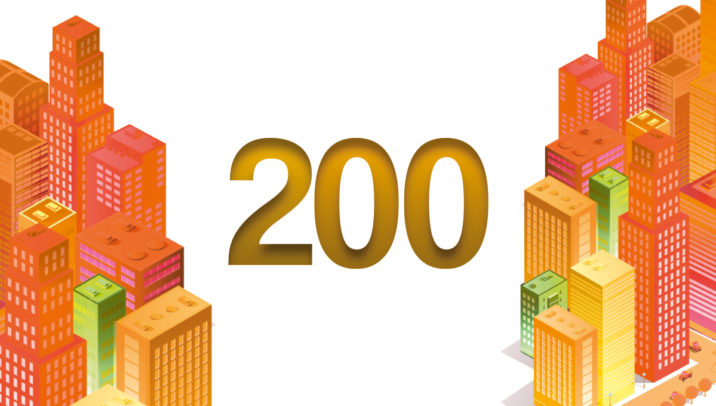 PERE’s inaugural list of the top 200 private real estate firms highlights just how far the industry has come since a handful of New York investment banks started institutionalizing the asset class in the 1990s. Capital raising in the asset class has become far broader and deeper in terms of sector, geography and strategy, and competition is fiercer than ever. In fact, 15 firms that were in PERE’s top 100 list in 2021 have slipped into this new second tier, including a couple of managers that moved down the ranking despite raising more capital than they had the year before.

The private real estate industry has undergone a dramatic maturation since PERE launched in 2005. In the inaugural PERE 30 ranking in 2008, the fundraising cut-off was $2.26 billion. The minimum threshold for this year’s PERE 100 ranking – a list more than three times the size of the original – was $1.86 billion.

Many recognizable names fill the roster of 101-200. Legacy players like JPMorgan Asset Management and PineBridge Benson Elliot are on this section of the list. Multi-asset managers that are taking a renewed focus on real estate, like Barings, also make the second tier.

Featuring prominently on the second 100 list are specialist managers, which investors have been rewarded for their more targeted approaches. Of the five managers with the biggest jumps in fundraising totals, four – Bellco Capital, Cresset Partners, Dermody Properties and Seavest Investment Group – specialized in a particular segment of the market.

The second tier is also a geographically diverse group, many with headquarters in dynamic and fast-growing cities such as Austin, Texas and Hamburg, Germany – rather than the traditional global gateway markets. It further underscores the fact that a manager no longer needs to be on Wall Street to make a big splash in private real estate fundraising.

First, a review of the first 100 managers in our ranking…