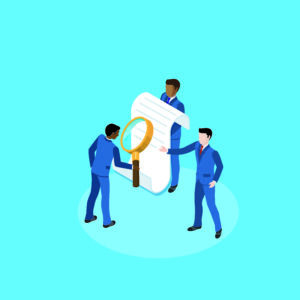 In the wake of the covid-19 outbreak, fundraising managers can be sorted into three categories: those finishing final closes, those launching new funds and those somewhere in between.

All three must deal with unprecedented circumstances. But midstream fundraisers face the greatest challenges, especially managers that have already started deploying capital.

Valuation is the key issue. Many investments are now being valued considerably less than the prices managers agreed to pre-pandemic. This creates a conflict between existing investors and new ones, John Ferguson, partner at the New York-based law firm Goodwin Procter, tells PERE.

Typically, funds are structured with equalization, or true-up, formulas that dictate how incoming investors are to get on equal footing with previous investors. In most funds, the new investors must pay for a share of the existing assets – proportionate to their ownership stake – in cash. Those funds are then used to offset the future drawdowns from original investors.

However, that harmony has been disrupted by the sudden and widespread market disruption of covid-19. Ferguson says many prospective investors are insisting that true-up formulas be altered so they do not have to enter at the now-outdated cost basis of existing capital. Yet, managers cannot change fund documents unilaterally; they need the support of existing investors. Limited partners are, thus, forced to choose between two undesirable situations: either acquiesce to new investor demands and remain over-exposed to compromised investments, or stand firm and run the risk that no new commitments come in, leaving them with a greater ownership stake in a smaller, less diversified fund.

To make matters more complex, unlike in previous downcycles, when markets could track pricing trends, the pandemic has also brought transactions to a near halt, making it difficult to say just how drastic the dislocation has been. “At the heart of it is a question of what is the right value of the existing investments and a perception in the market that things are down without a lot of visibility or certainty around how much,” Ferguson, co-chair of Goodwin’s private investment funds and real estate investment funds practice, says. “The question between old money and new money for midstream fundraises then is how investments are going to be shared.”

During the past three months, Ferguson says he has seen various approaches to this conundrum. Some investor groups have been able to reach compromises, while others have been mired in debate. As PERE previously reported, some managers are placing all new commitments into sidecar vehicles that will have no exposure to previous investments. Ferguson also noted that sidecar structures are also being used to address issues experienced by individual investors.

Latitude for something new

Another aspect of fund structuring brought under the microscope is how much latitude a firm has to pursue new opportunities created by the market dislocation. Evan Hudson, partner at the New York law firm Stroock & Stroock & Lavan, says clients have raised the question of whether their funds could invest in distressed assets now that such opportunities were becoming prevalent. “In one example, the answer was maybe, but there would be risk,” Hudson says. “It’s not always great to pivot into a new strategy and, from a securities fraud perspective, you don’t ever want to pivot into something that would be considered a fundamental change.”

In addition to dislocating prices and disrupting transaction markets, the pandemic has also severely limited global travel. This too has forced hopeful fundraisers to deviate from their normal approaches. However, these limitations have not been a death sentence for managers already well progressed in their fundraising efforts.

Rockpoint Group, PAG Real Estate and GLP each closed funds of $2 billion or more, and a bevy of other smaller funds and vehicles have also been carried to fruition. Bill Thompson, senior managing director at the capital advisory Evercore, says his firm has finished several fundraising campaigns since the pandemic struck and is in the process of wrapping up a $1 billion-plus vehicle, which is on track to close early this summer.

Established investor relationships and proven track records have been key components of the funds that have withstood the covid-19 environment without needing structural changes, Thompson says. “Prior dialogue and a strategy that fits with an LP’s view on where the opportunity set will be post-covid, those two things, combined with a strong track record, allowed us to have conversations with non-existing investors and get them closed.”

During the pandemic, QuadReal, the real estate investment arm of British Columbia’s public pension, has finalized two joint ventures that were in the works since last year. Both arrangements are focused on US multifamily (one taking a national approach, the other focused squarely on southern California) – an established conviction for the pension investor and one that it expects to thrive through the downturn.

“The question between old money and new money for midstream fundraises then is how investments are going to be shared”
John Ferguson, Goodwin Procter

However, the disruption forced the group to revisit its underwritings and adjust them accordingly. “The primary thing is rental growth rate assumptions,” says Jonathan Dubois-Phillips, QuadReal’s head of international real estate. “We’re going to see a real knockdown on that until we come out of this. We always have, on a relative basis, low leverage, so if there’s a hit to the system we aren’t tripping up any debt covenants.”

Given the quick movement of investor sentiment away from seed assets and investment pipelines, funds and other vehicles structured during the pandemic have had a strategic advantage, particularly those with established track records.

Kayne Anderson Capital Advisors is a prime example of this. After deploying the final $250 million from its third real estate debt fund in the immediate aftermath of the coronavirus’s arrival in the US, the Los Angeles-based manager launched a new fund in early April and closed it just two weeks later on $1.3 billion. The firm has already started raising capital for another new fund, Kayne Anderson Real Estate Opportunistic Debt, securing a $200 million commitment from the Alaska Permanent Fund.

Vitulli says the firm’s track record and the opportunity to start fresh made the platform attractive to Brookfield Asset Management, which seeded the platform with $500 million of fund capital. “There were no assets to buy, just an idea to capitalize and get behind,” the senior managing director says. “The market volatility probably helped that process in that the market conditions created an even better investment opportunity.”

Whether wrapping up existing fundraises, launching again or pursuing new commitments in a fundamentally different landscape, managers at all stages of fundraising have found success during covid-19, but not without a re-examination of old norms and a little creative thinking.