The firm provided ranges of pay, including base salaries, bonuses and total pay packets, for three types of lending organization – banks, debt funds and insurance companies – across four levels of seniority during 2018, PERE sister publication Real Estate Capital reported. The scales are based on 374 data points gathered across the US and European real estate debt markets.

It was within the banking sector that the highest total pay packets, excluding carried interest, were found. Across all levels of seniority, debt funds followed the banks as the highest overall payers, with insurance companies falling below both.

Although the highest figures were found within the banks, the sector also delivered the widest ranges of total pay across the industry. As a result, at the low end of the total compensation scales, debt funds paid better than banks from director level downwards.

“The confluence of CRE lending activity at commercial banks and investment banks as a result of regulatory requirements has blurred the lines of demarcation of product offerings,” says Mark Antoncic, Sousou Partners’ managing partner in New York. “Debt funds have back-filled a void. Banks operate in a competitive environment with a wide offering of revenue-generating products, so they tend to pay higher than alternative lending sources or insurance companies.”

The variation between banks’ and debt funds’ pay was largest at the managing director level, defined here as 15-plus years’ experience and the most senior level reflected in the research. A banker at that level in 2018 could expect total compensation as much as $455,000 greater than for the equivalent role at a debt fund. Compared with insurers, managing directors within banks could make as much as $900,000 more at the high end of the scale.

Insurance companies have historically paid real estate debt executives less than their banking peers, Antoncic notes, due to the more risk-averse nature of their business. “People working at insurance companies have a more stable and long-term view; it’s a less stressful and aggressive environment compared to some debt funds or commercial banks. This results in compensation trending slightly lower,” he says.

However, insurance companies have broadened their offering to compete with banks in the lending market. While they were at the bottom of the list when it comes to the largest total pay across all levels in 2018, insurers were relatively competitive at the mid-range of pay scales across seniority levels – excluding managing director level, where insurers lagged significantly.

The biggest bonuses of 2018 were found in the banking sector, the data show. Aside from at associate level, the highest end of the bonus ranges across levels of seniority at the banks was higher than for debt funds or insurance companies.

Although the highest top-range bonuses could be found in the banks, across several levels of seniority, bonuses awarded at the low end of the scale were higher in debt funds and insurance companies. At director level, for instance, the low end of the 2018 bonus estimate scale for banks was $120,000, whereas it stood at $135,000 for insurance companies and $150,000 for debt funds. In general, the range of bonuses paid out in the banking sector was wider than in debt funds and insurers.

Discussing overall compensation, Serene Hamzawi, managing partner at Sousou Partners’ London office, argues that the differential between banks, debt funds and insurers has tended to narrow over the last few years, explained by the growing appetite for risk diversification among all types of lenders, which has gradually morphed the differences of their offerings.

“On the debt side, there has been quite a lot of diversification in terms of lending products; debt funds and banks have done more high-yield lending, while alternative lenders have invested up and down the risk curve,” she says.

Compared with the previous year, compensation levels across different seniority roles for various types of lenders in Europe have mostly been flat, Hamzawi notes. When there have been variations, the difference has been of up to 15 percent, a trend that has been mostly seen within debt funds and banks, she adds.

From a hiring perspective, following the staff downsizings and lower compensation seen after financial crisis, the European real estate debt market is today relatively stable in terms of personnel, with recruitment largely restricted to essential hires, Hamzawi says. “Most of the platforms operating in Europe have been more focused on diversifying their products, rather than building up massive teams.”

For 2019, Antoncic predicts relatively similar compensation levels as seen in the previous year, owing to a conservative forecast for the performance of most real estate lending markets. “Debt markets, particularly on the US CMBS side, are expected to be relatively flat to slightly up this year, so there is no reason to predict that compensation will be drastically changed from current levels. There are also more players in the market so market share will diminish for certain lenders,” he notes.

Despite the differentials, all types of lenders within the real estate debt space are relatively competitive, the firm notes. For the industry’s senior people at managing director level, there is the potential to earn big pay packets at the top end of the scale across all types of lenders, although the figures show commercial banks are the best place to be. 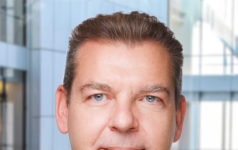