Given the size of GPIF’s portfolio, Asterisk expects GPIF to accelerate its speed of overseas real estate deployment through more investment strategies and structures. GPIF is also currently undergoing an investment regulation reform, which would allow the investor to invest in limited partnerships. Once the regulation is approved, the pension fund will be able to do more JV investments instead of being limited to indirect fund investing through a gatekeeper.

A Knight Frank report published last month estimates total outbound capital from Japan touched $4 billion in the year ending March 31, 2019, a 51 percent increase from $2.6 billion a year before. This includes capital invested by Japanese institutional investors, including GPIF, as well as corporates.

“Japanese investors primarily invested in Japan over the last 20 years, but yields have become so low that they need to look overseas to meet their return obligations,” said Neil Brookes, head of Asia-Pacific capital market at Knight Frank.

Brookes told PERE that the latest wave of outbound investments, however, is being led by Japanese developers, including Mori Trust, Mitsubishi Estate and Mitsui Fudosan. In recent years, all these developers announced plans to build a global portfolio, with the US being the first port of entry.

“The first wave of outbound capital is coming from these Japanese developers, but I think the next wave would be coming from the institutional capital, so that is groups like GPIF and Japan Post. We have been seeing enquiries from those groups to invest in US and Australia at the moment,” said Brookes.

For example, Japanese developer Mori Trust made headlines in March when it acquired a three-building office campus in San Jose, California, for $429 million, making it the biggest ever real estate investment by a Japanese corporation in the Silicon Valley area. With ¥100 billion in estimated investments in US real estate, Mori Trust is planning to further increase its overseas real estate portfolio to ¥200 billion, according to a press release.

Discussing the investment strategy of institutional investors and developers, Yukihiko Ito, managing director at Asterisk, told PERE there is a difference in the way both groups are approaching overseas investments. Japanese developers are comparatively bigger risk takers, since their main profit comes from taking risk in real estate. In Ito’s view, they also face less restriction while making investments overseas. On the other hand, institutional investors, such as insurance companies and pensions, are looking for a stable cashflow income to pay their beneficiaries, so their risk appetite is lower. Institutional investors also need more time to make sensible investment decisions.

Ito also added that the movement of GPIF will indicate how other public pensions go about building their global real estate portfolio. 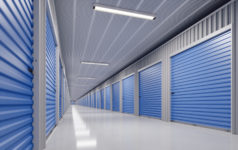 In niche sectors, it is getting harder to scale through privatization