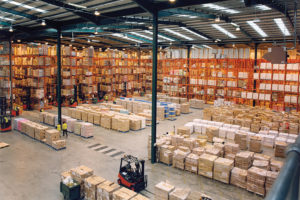 “Nick is very experienced and entrepreneurial. Apart from helping us with special projects and corporate initiatives, he will support our expansion throughout Asia as he headed up the region’s investment banking business when he was in JPMorgan,” said Ming Mei, founder and CEO of GLP.

Mei said the firm had been eyeing the logistics market in South-East Asia and in August backed industrial property development and operating platform SEA Logistic Partners in Vietnam.

GLP has hired a number of senior investment bankers in the past two years as it expands its logistics business, venturing into private equity and adjacent sectors. In May 2020, the firm hired Jun Mochizuki, former executive officer of Japan’s Mizuho Securities, to become head of investments for GLP Japan. Mochizuki will lead the firm’s new M&A and private equity business in the country.

In 2018, it brought in Craig Duffy, Citigroup’s former managing director and head of equity origination in Asia-Pacific, and Vincent Peng, Goldman Sachs’ former managing director and co-head of Asia-Pacific real estate. Duffy now co-heads GLP’s fund management where he is responsible for fundraising and portfolio management. Peng has been leading the firm’s expansion into infrastructure, finance and private equity in China after the establishment of a partnership between GLP and China Merchants Capital this year.

“The public markets angle gives these hires a broader skill set, which is what makes them attractive hires,” said Mei. “They also have experience across multiple industries, including data centers, other real estate, infrastructure, and financial services companies, which are all sectors GLP is expanding into – the internet data centers business is the prime example.”

After GLP was privatized in 2018, it launched its first $1.6 billion private equity fund, Hidden Hill Capital, and hired Xiaozhou Zhao, the head of Alibaba’s internet data center department, to build a data center business in China. The latter currently has five development projects and a team of 200 people. It is understood that the firm is also looking at logistics-related private equity and data center investments in Japan.

Duffy and Johnson have worked with GLP since the firm’s inception, participating in its IPO and delisting over the years.

“GLP was privatized in early 2018 and I joined a few months after,” said Duffy. “The business was growing rapidly and its focus was expanding from the core logistics real estate business into adjacent technologies and asset classes. For me, that was the perfect time to join to help drive new initiatives and the next phase of our growth.”