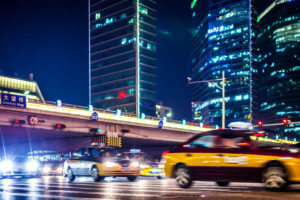 Logistics powerhouse GLP has been raising an increasing amount of onshore capital in China, as demonstrated by its latest fundraising targeting the country.

Since 2017, the firm has raised around $5 billion, or 45 percent of its China fund capital, from its onshore income-producing strategy. Out of the nine China logistics real estate funds that GLP has closed since 2013, six have raised capital from onshore investors.

Fund III is seeded with 11 assets with tenants from aerospace, automotive components, precision instruments, electrical and energy generation equipment, telecommunications, automation and robotics, 3D printing, and R&D for software and hardware companies. Located in key logistics and industrial hubs across China, the portfolio is understood to be 95 percent leased.

GLP began raising onshore vehicles with domestic institutional investors to acquire completed logistics and industrial assets in China in 2017. The investment approach differed from its previous two China-focused logistics vehicles that were invested in development projects with offshore investors.

Its first income-producing onshore fund, GLP-China Value-Add Venture I, raised 10 billion yuan from a single investor, China Life Insurance. Shortly after the introduction of its value-add strategy, the firm expanded into the core-plus space with the launch of its 15 billion yuan GLP China Income Fund I in 2019. The vehicle was closed within eight months with commitments from seven domestic investors.

Last but not the least, GLP entered the core market by introducing its GLP C-REIT in June this year, raising more than 5.8 billion yuan from its initial public offering. The firm was the first international company to list a real estate investment trust in China.