This is the second year that PERE’s ranking of the world’s leading investors has hit the 50-player mark, and what stands out above all else is stability, particularly in the top 30, with many of the same names featuring as in 2017. The world’s largest pools of capital have increased their commitments again in 2018 at $991 billion, compared with $896 billion a year ago. The commitment of the leading 30 investors has also increased from $719 billion in 2017 to $794 billion.

Our Global Investor 50 is based on the market value of investors’ private real estate investment portfolios both through third-party managed investment vehicles and direct property investments. A full methodology – and the entire ranking itself – can be found here.

Now, we continue our countdown…

The investment firm created by the 2017 merger between Standard Life and Aberdeen Asset Management launched new vehicles in 2018. February saw the launch of a global private markets fund with £138 million ($203 million; €156 million) in seed capital from a Standard Life pension fund.

The open-ended fund includes real estate in its alternative assets mix. In March, a pan-European residential property fund raised the first €350 million from eight European investors with a €1 billion assets target. Investments have been made in France, Denmark and Austria. The asset management arm had $51 billion in real estate assets by July 2018, including equity invested for Standard Life’s insurance business.

The investor managed $421 billion in assets as of August 31, $14.6 billion of which was dedicated to real estate equity investments. Another $47.1 billion was put toward commercial mortgage loans. Real estate investments are managed by MetLife Investment Management, which seeks investment in high-quality properties in the top 30 US markets.

MIM also invests in build-to-core strategies along with real estate debt, core, value-add and opportunistic. In August, the asset management platform for MetLIfe announced a co-lending agreement with financial services and bank holding company State Street Corporation. MIM and its affiliates will originate and service up to $2 billion in commercial mortgage loans to State Street and its affiliates.

In May 2018, the London-based asset management business of UK insurer Aviva agreed to sell both its real estate multi-manager platform and its interest in the Encore+ open-ended pan-European fund series to LaSalle Investment Management. The disposal of the multi-manager business was a means to focus the firm on operating assets.

The sale of Encore+ to then-partner LaSalle also pointed to Aviva wanting greater control of the investment management chain. Following the disposal, David Skinner, managing director strategy and fund management, stated that the real estate business is in a growth mode, investing heavily over the next few years both in terms of people and infrastructure.

One of the most prominent Taiwanese insurers, Cathay Life Insurance has been consistently building an overseas real estate investment portfolio, with some major trophy buys in London, including the Woolgate Exchange building, ever since regulators permitted Taiwanese life insurers to acquire real estate abroad in 2014.

As of March 2018, the insurer, which makes investments via its subsidiaries, had around $14.8 billion allocated to what it terms as investment properties, versus around $14.6 billion the same time a year before. Overall, 1.5 percent of its portfolio is invested in alternative investments, including real estate and private equity, according to PERE data.

Kuwait’s sovereign wealth fund has over $520 billion in assets under management, according to the Sovereign Wealth Fund Center. With $15.7 billion committed to real estate, the Middle Eastern investor has inched up one spot in this year’s ranking. One of KIA’s prominent investments in the US is 10 Hudson Yards, a 53-story, 1.7 million-square-foot tower. This May, KIA and the German insurer Allianz were joined by the State Teachers Retirement System of Ohio in the project, with the US pension fund reportedly committing over $400 million. Increasing investment exposure in emerging markets such as China, India and Brazil and diversifying the portfolio is next on the radar, KIA’s group chief executive, Farouk Bastaki told Reuters in May.

In March, BCI reported the management of $145.6 billion in assets, $21.1 billion (14.5 percent) of which was allocated to real estate. In 2016, BCI created QuadReal Property Group, led by Dennis Lopez since last year, to manage its real estate holdings. Since its inception, the company has highlighted sustainability as a focus, and 26 buildings in the QuadReal Property portfolio received ENERGY STAR certification in Canada in May.

With $150 billion in assets under its belt as of June 30, the Teacher Retirement System of Texas is the largest public retirement system in the state. It targets a 14 percent allocation to private real estate, focusing on core, opportunistic, value-add and special situations investment strategies.

It has previously committed capital to real estate managers such as Square Mile Capital, Tricon Capital Group, Banner Oak Capital Partners and Madison International Realty. Twenty percent of its private investments are principal investments, which are managed internally, and 80 percent are directed to external managers. In June, it was considering opening an office in Singapore to create a local presence in Asia. The system has committed nearly $17 billion to real estate in 2018.

The state investment board manages 17 retirement plans on behalf of the state’s public employees, teachers, school employees, law enforcement offices, firefighters and judges. The board also makes investments on behalf of five state insurance funds and 13 permanent and other trust funds. Of the $17 billion put toward real estate investments, 29.3 percent was allocated to residential, 24 percent to Industrial, 14.6 percent toward retail and 9.6 percent toward healthcare. Other real estate strategies included office, storage, debt, land, and hospitality at smaller percentages. The Washington State Investment Board reported more than $130 billion in total assets under management as of June 30.

Public Sector Pension Investment Board deployed a total of C$2.5 billion ($1.92 billion; €1.66 billion) during its fiscal-year 2018, primarily in US retail and multifamily, and industrial properties in Europe, the US and Mexico. Investments this year included the development of an Amazon industrial asset in the Salt Lake City area with USAA Real Estate, and the acquisition of a portfolio of 12 office and industrial buildings in British Columbia, Canada, in partnership with Toronto-based investment manager Crestpoint Real Estate Investments. Following the opening of its London office last year, PSP expanded its Europe-focused real estate team to seven professionals as of March 31. 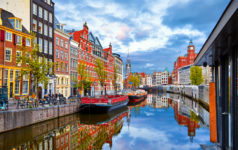 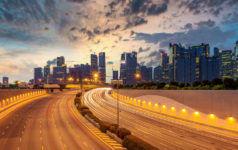 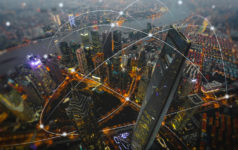 opinion 28 May 2020
Added to your Saved Articles
Loading
Unsave Article
Please confirm you would like to remove this article from your saved articles.
Share with other subscribers
Only logged in subscribers of this site will be able to access the shared article.