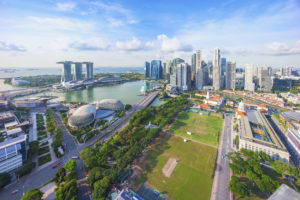 The firm is closing its Singapore office, which will lead to the departure of three staff members, a spokesperson confirmed to PERE. One source familiar with the matter also revealed the firm’s plans to consolidate its multi-manager platform at its New York headquarters.

“The management of existing Asian investments and sourcing of new investments will be absorbed by FRAA’s experienced global team,” said the company spokesperson. “Team members are in five offices worldwide: New York, Melbourne, London, Luxembourg and San Mateo. There will be no change to FRAA’s disciplined investment process and approach.”

The firm is not entirely retreating from Asia. It will continue running its Melbourne office with director and portfolio manager Greg Wilkinson as the contact for clients in the region.

However, the decision to eliminate the APAC head role and shut shop in one of Asia’s biggest business hubs nevertheless represents a change in tack for the firm’s strategy. In a January 2018 statement on Chong’s hire, Mark Browning, managing director for Asia at Franklin Templeton Investments, said: “In the private equity real estate space, we have observed that the Asia-Pacific region remains a key market for our clients and investor interest is robust. Long-term growth prospects for real estate in the region remain bright and supported by strong fundamentals.”

The firm’s spokesperson attributed the decision to close the Singapore office to low dealflow. “While FRAA continues to maintain an important presence in Asia, dealflow has been low in the region and the team currently sees the most attractive investment opportunities in Europe and North America. Further, FRAA’s business model has moved towards direct investments, as it sees strong opportunities in social infrastructure space as well as in value-add investments in Europe and the US.”

FRAA is part of Franklin Templeton’s alternatives investment platform with over $41 billion in assets under management as of September 30. Managing directors Raymond Jacobs and Marc Weidner oversee FRAA’s global platform.