Global real estate investment firm Forum Partners Investment Management is plotting the launch of its fourth Asia-focused fund by the end of the summer, PERE can reveal. That fund, Forum Asian Realty Income IV, is expected to have an equity target in excess of $500 million.

Forum is understood to have already begun some soft marketing for the fund, and La Française, the $50 billion French fund manager that in September bought a 24.9 percent stake in Forum, is expected to seed the new vehicle. While the size of La Française’s commitment is not determined, the affiliate of France’s Crédit Mutuel Nord Europe already has agreed to commit $600 million to Forum’s various strategies, $200 million of which has been allocated to Forum’s European debt platform.

Exact details of the fund are still being determined, but if Forum hits its target, the new fund would be a significant step up from Forum Asian Realty Income III, which was able to raise just $373 million in 2010 in the wake of the global financial crisis. It is understood that Fund III currently is about 60 percent invested, but it is expected to be fully invested by the end of the summer. Forum's pre-crisis Forum Asian Realty Income II raised $650 million.

Following on the strategy of Forum’s predecessor funds, the fourth Asian fund is expected to follow a mezzanine strategy with some upside participation, in which the firm will make mezzanine loans to both developers and real estate projects and also take a share of the profits. Overall, the firm is understood to be targeting opportunistic returns of between 18 percent and 20 percent.

An average investment for the fund would be between $25 million and $40 million, although Forum’s investments in China are understood to oftentimes be larger, as are deals in Korea and Australia. Although the fund will have a pan-Asian strategy, it is understood at this point that the firm is not expecting to invest much of the fourth fund in Japan.

Last April, Forum’s head of Merrit Maddux left to set up his own firm and was replaced by Gregory Wells, who previously had been with Deutsche Bank. Since then, the firm has hired a head of China, Joseph Kun-sheng Huang, who also joined from Deutsche Bank. 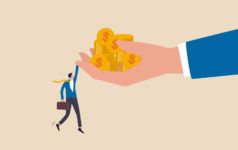 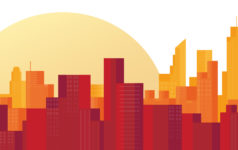