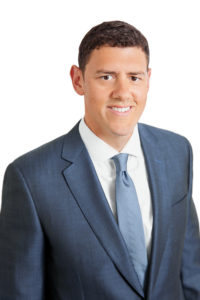 Dune Real Estate Partners is growing its presence on the US West Coast.

The New York-based real estate investment firm has appointed Aaron Greeno as its first head of West Coast. He will be responsible for building and overseeing Dune’s business in the western region, including establishing a new office in Los Angeles and setting up a three-to-five-person investment team over time.

Greeno joins from Morgan Stanley where he spent 13 years in various roles, including the co-head of US investments for the firm’s real estate investing group. In this role, he oversaw investment activities and managed the acquisition team on the West Coast, in addition to sourcing, executing and managing investments on behalf of both the core and opportunistic funds managed by the firm.

In a statement announcing the hire shared exclusively with PERE, Dan Neidich, founder and chief executive of Dune, said Greeno’s “proven leadership and breadth of experience across various geographies, asset classes and transaction structures make him an ideal addition to the team.”

Dune has had a limited physical presence on the West Coast for more than two years. In terms of investments, the firm has been active across retail, industrial, residential and hotel sectors in markets including greater Los Angeles, San Francisco, Portland and Hawaii. Before creating this new position, all of the West Coast activity was managed by the firm’s senior team in New York.

“Dune has a well-established platform, talented professionals and an impressive investment track record,” said Greeno, who will also be a partner and member of Dune’s investment committee. “I am excited to join a team with such extensive opportunistic and distressed investing expertise at this unique time in the market and look forward to continuing to build on Dune’s success on the West Coast.”

Greeno’s role also includes the responsibility of originating and evaluating new investment opportunities in the region. A spokesperson for the firm told PERE the western regions could represent roughly half of Dune’s investment activity over time.

The firm has approximately $4.6 billion in total assets under management currently.