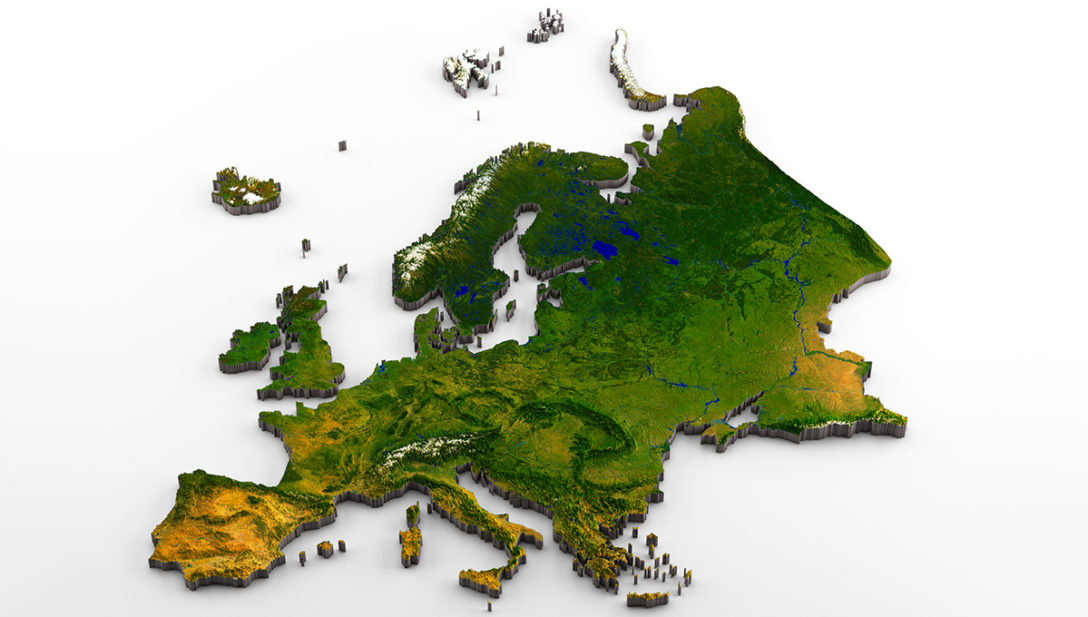 One of the most expensive cities in the EU for housing and cost of living, Dublin is also the fifth busiest real estate market in Europe, with more than €3 billion invested between Q4 2020 and Q3 2021, according to a PwC report. Office and industrial accounted for the majority of transactions in 2021, largely due to the city’s suitability as an EU head office location for international companies post-Brexit.

Investment momentum is continuing, with CBRE reporting a record first quarter of 2022 for the industrial/logistics sector: total take-up in H1 reached a substantial 146,155 square meters. In addition, investment spend in the sector reached €220 million during Q2 2022, around 9 percent of total investment spend in Ireland in the three-month period.

Investment prospects look positive for Manchester, which is set to see the highest rate of economic growth of all major UK cities over the next five years, with GVA growth of 16.4 percent, according to Oxford Economics.

The city has established itself as a tech hub. With 5,735 tech companies located there, investment in office space is healthy. Savills data recorded a 66 percent increase in the number of transactions in the office sector in Q1 2022 compared with the same period last year. Savills further predicts that rent values in Manchester’s residential market will grow 4 percent by the end of 2022.

In CBRE’s European Investor Intentions Survey 2022, Copenhagen ranks seventh among investors’ preferred cities for cross-border investment. As we head into 2023, industrial/logistics will likely remain top of mind for investors due to the growth of e-commerce in the country.

With Copenhagen highly regarded for its quality of life, residential and office sectors may also see upticks. CBRE data shows that residential investment volumes were up 35 percent year-on-year in 2021, while industrial/logistics volumes were up 25 percent. Investment in office spaces in Copenhagen also looks set to increase: there is close to 400,000 square meters of office space currently under construction and set to be delivered by 2024.

Following a strong economic recovery post-covid relative to most other European cities, Oxford Economics expects annual GDP growth of 4.2 percent in Warsaw over the next five years, the fastest growth among major European cities.

Warsaw’s real estate market is exhibiting strong fundamentals, with growing demand and a shortage of housing supply. A report by PwC shows average transaction prices for residential units per meter squared on the primary market increased by 28 percent between 2017 and 2020.

Warsaw is also emerging as a significant hub for fintechs in Central Europe, with competitive office rental rates, a highly skilled IT talent pool and a major university; in its European Fintech Occupier Index, Savills ranked Warsaw in 10th position.

Barcelona has become a popular destination for investors; in December 2021 alone, €3 billion was invested in the real estate market, according to research from BCN Advisors. In a PwC report ranking overall real estate prospects in Europe, Barcelona moved up four places to become the ninth most attractive city.

The city is an established home for industries including biomedical research and chemical and tech innovation. In the logistics space, CBRE forecasts that logistics assets in Madrid and Barcelona may end the year with a significant semi-annual revaluation rate of 10 percent.

Barcelona is also a magnet for foreign students. Real assets manager PATRIZIA invested in a portfolio of purpose-built student accommodation in the city in August, tapping into the post-covid return to universities and quoting the “structural undersupply” of student housing in Barcelona.