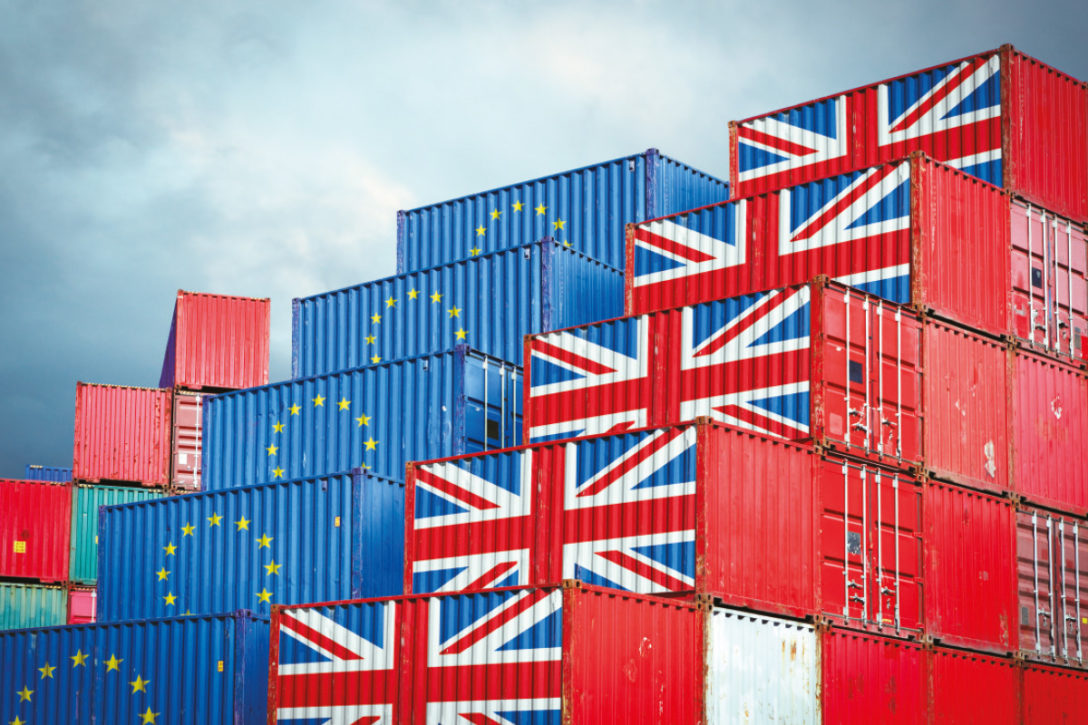 There were predictions of empty shelves and huge queues of lorries either side of the English Channel once the UK left the EU. The queues certainly appeared, but before the Brexit deadline, as concerns over a new variant of the covid-19 led to France temporarily closing the border with the UK.

Since the actual Brexit date, there have been delays, although not dramatic enough to satisfy television news reporters, as logistics firms deal with the new paperwork needed now Britain is outside the EU. Furthermore, the pandemic and the requirement for all lorry drivers to test negative for covid before leaving the UK continues to slow traffic.

Jeremy Bishop, co-founder and joint chief executive of European logistics investment manager Oxenwood, says: “I am certainly glad that there has been a deal, and whilst there will undoubtedly be challenges, it does feel that they will be surmountable.”

Nick Axford, global head of research at real estate advisor Avison Young, says: “So far, it has been difficult to distinguish the effects of Britain leaving the EU from the effects of the pandemic. In the very short term, the effect seems to have been minor, with a requirement for more paperwork.

“Companies have had plenty of time to prepare and the new regime is not too dissimilar from the old. Over time, more niggles are likely to emerge from the small print of the agreement, but it is too early to tell what effect they will have on industrial and logistics real estate.”

For logistics investors and their tenants, the status of Brexit has changed somewhat. From being a significant event on the horizon, it has now been downgraded to “just one more thing” status, alongside a raging pandemic and a number of significant structural changes for the industry.

Peter Ward, chief executive of the UK Warehousing Association, says: “Warehousing has been in a perfect storm, so it is hard to unpick what effect Brexit has had and will have in the future. The free trade agreement may not have tariffs but it has introduced a colossal amount of bureaucracy, adding cost and complexity to trade. We are likely to see UK and EU manufacturers and exporters wish to hold more of their stock nearer to the consumer, to avoid these complications.

“At our conference last year, we predicted that e-commerce would drive more employment in logistics and more demand for warehousing. However, the shift to e-commerce last year blew all these predictions out of the water and contributed to a record year for warehousing take-up.”

“The free trade agreement may not have tariffs but it has introduced a colossal amount of bureaucracy, adding cost and complexity to trade”

CBRE data show record logistics take-up of 43 million square feet in the UK in 2020, with the record being achieved by the end of the third quarter. Latest data for the whole of Europe (Q3) show a 2 percent rise in the first nine months of the year to 18.1 million square meters, but with 19 percent growth in Q3 suggesting a very strong year for the whole continent. So far, CBRE suggests, the outlook for 2021 is positive, with lack of space the major problem faced by the market.

Some effects of the pandemic will be reinforced by Brexit, says Axford. “Covid has had a significant effect on supply chains, as companies looks to de-risk them, moving from a ‘just in time’ to a ‘just in case’ strategy, with larger inventories and more resilience. Part of this involves some manufacturing moving back onshore to diversify and be closer to the consumer. Brexit may also drive more onshoring, which will require logistics networks integrating local and regional hubs.”

The need to have logistics space nearer to the consumer will affect both UK exports to Europe and vice versa. In the longer term, there may be changes in where logistics is located in the UK if its balance of trade shifts away from the EU to other global markets.

Stefan Wundrak, head of European real estate research at Nuveen, says: “At present, most of the large cargo ships from China to Europe dock in Rotterdam or Antwerp, from where goods travel by road to the rest of the EU. We may see ships arrive directly at UK ports in the future, which would drive a need for more logistics
space.

“How distribution patterns change over the coming years also depends on whether the British government implements plans for a ‘global Britain’ which trades more with world outside the EU. However, I have not seen much detail yet about what this will practically entail. For example, if Britain does more trade with North and South America – following a trade deal with the US for example – it would bring cargo to ports on the west side of the country, such as Liverpool, and this could lead to demand for logistics properties in places such as Liverpool.”

“Automation may be the solution, but it requires investment and that is hard for a low-margin business. The only long-term solution is to raise margins and for consumers to accept there is no such thing as free delivery and returns.”

If logistics becomes a higher margin business, it would be positive for investors in logistics real estate but will be dependent on customers accepting these greater expenses.

The combination of covid and Brexit means both investors and tenants have been cautious about the longer term. Ward says: “There is still no certainty about when we get back to normal or what that normal looks like, which means companies are reluctant to engage in serious business planning. Once we are the other side of the pandemic, this will be addressed and it is hard to see anything other than more demand.”

For investors in European logistics, Brexit does not represent a substantial change in the status quo, says Wundrak. “The UK’s exit from the EU does not present much of an obstacle to investors and managers of European logistics real estate. The UK was already semi-detached from pan-European strategies due to its currency and is a transparent and active market with plenty of UK logistics funds available.”

Overall, however, the outlook for logistics real estate will not be primarily or perhaps even significantly determined by the UK being outside the EU. Oxenwood’s Bishop says: “I also think that it is worth placing things in context. We are enduring a great deal of change generally at the moment, the profound effect of covid-19, the environment, electrification of vehicular transportation all as well as Brexit, and all of which have an impact on the logistics market. However, the underlying trend of e-commerce growth is a consistent and supportive factor.”

Axford concurs: “There has been rapid evolution in the logistics business and in logistics real estate and Brexit is only a part of that. With the move toward resilient inventories, more onshoring, more e-commerce and a greater need for last-mile logistics facilities, we expect to see continued demand for warehousing.”