“Our view is that if it were to happen, and not be retroactive for the foreseeable future, it would be a plus for transaction volumes, because people would be in the market trying to get deals done.”

Bob Sulentic, president and chief executive of CBRE, on the elimination of the 1031 exchange tax exemption as part of the Biden Administration’s proposed tax overhaul. 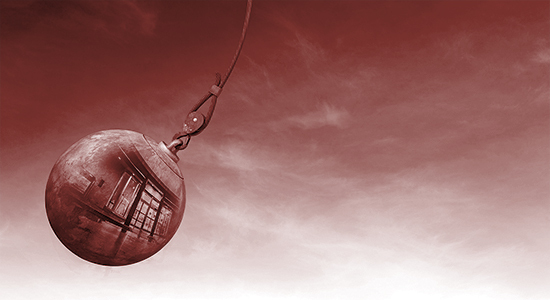 Retail repurposing? It’s complicated
It is no secret the retail sector has been one of the hardest hit by the covid pandemic. Global net operating income for retail assets fell more than 20 percent through the first half of 2020, leading, unsurprisingly, to poor total property returns on the year – negative 7.5 percent, according to NCREIF. What are owners to do with these swathes of sub-optimized or, worse, obsolescent properties? Conversion to better use cases would seem the obvious solution. But, as PERE’s May cover story [read it here] finds, repurposing assets is easier said than done. For example, while investors might like to see a defunct mall turned into a distribution center, if local authorities do not share the sentiment, such a project will be dead on arrival. Our report dissects the various factors at play as retail owners attempt to pivot their way of an existential challenge.

New territory
Brookfield has launched its first mega-fund of the post-covid era. The Toronto-based manager has brought its fourth flagship fund to market targeting $17 billion, a figure surpassed only by one firm, its perennial rival Blackstone with its $20 billion Real Estate Partners IX. With Strategic Real Estate Partners IV, Brookfield is aiming to surpass its previous flagship fund by $2 billion. It is worth nothing that BSREP III initially targeted $10 billion before exceeding that mark by 50 percent for its final close in January 2019. How BSREP IV fares on its capital raising journey will go a long way toward showing how much has changed since the heady fundraising days of 2018-19 and today.

Planting a flag
CapitaLand has continued its data center expansion by planting its flag in Asia-Pacific’s most important market. The Singaporean asset manager purchased a S$758 million ($569 million; €472 million) hyperscale server hub in Shanghai from the private equity group AVIC Trust last week. The 55-megawatt facility is CapitaLand’s first in China, where, as we reported last year, the government has put 5G investment and enhanced data capabilities at the heart of its post-pandemic recovery plan. CapitaLand already secured a foothold in another set of emerging data center markets via an 11-asset portfolio in Europe, which it acquired from Ascendas REIT in March. And it is hardly alone in its digital real estate aspirations. According to JLL, mergers and acquisitions within the data center sector nearly doubled between 2019 and 2020, from $16 billion to $31 billion.

A sign of life
US hotel values showed an unexpected sign of life last week. Ohana Real Estate Investors, a manager focused exclusively on the luxury hospitality sector, executed one of the highest value hotel transactions ever in the US. The firm sold Montage Healdsburg, a 130-room resort in California, to Sunstone Hotel Investors, a California-headquartered lodging REIT, for $265 million. The property effectively traded at a price of more than $2 million per key. The transaction shows the beleaguered sector is poised for a rapid recovery, at least in certain sub-categories of hotels. Driving this is a sense of optimism about resurgent leisure travel as more Americans get vaccinated. Franco Famularo, Ohana’s chief investment officer, says his firm has invested in a range of luxury hotels since the onset of the pandemic, and intends to continue being a net buyer in the coming year because of what he sees as favorable long-term supply and demand fundamentals in the high-end hotel sector.

RED 50: bigger sum, fewer parts
Which private real estate strategies have proved most pandemic-proof? Logistics and multifamily sure; data centers have proven popular too. But when it comes to placing equity into transactions with notable downside protection, few strategies are beating real estate credit. Certainly, the investors that pumped up this year’s PERE Real Estate Debt 50 by 20 percent on last year’s aggregate total think so. At $189.3 billion, the RED 50 is the biggest it has ever been, proving that property credit strategies continue to command a place in today’s institutional real estate portfolio. The narrative of the ranking is not straightforward, however. The top five managers account for 44 percent of the total equity, showing how investors are not clambering for real estate credit strategies generally, but rather the real estate credit strategies offered by marquee brands. Explore PERE’s analysis of the RED 50 here.

Staying open
Perpetual-life funds were more popular than their closed-end counterparts last year, according to a report from the consultancy McKinsey & Company [see it here]. While gross contributions to open-end real estate vehicles fell 28.9 percent year-over-year, closed-end fundraising fell 31.7 percent. More striking is that distributions and redemptions for open-end funds were down more than 19 percent versus 2019. McKinsey attributed this to a flight down the risk spectrum during the pandemic. It also notes that core and core-plus assets grew faster than the overall real estate space between 2013 and 2019, too, at a compound annual rate of 10.4 percent versus 8 percent – opportunistic and value-add assets grew at rates of 3.2 and 7.4 percent, respectively. Sector heavyweight Blackstone has noted this growth in popularity for its own open-end structures. Earlier this month, the firm’s president and chief operating officer Jon Gray extolled the growth of Blackstone’s perpetual life platforms, which accounted for $7.8 billion – or 90 percent – of the capital it raised for real estate during Q1 2021. See our coverage of that proclamation here.

Hoffman’s new Prospective
Michael Hoffman [his LinkedIn here], best known as a founder of San Francisco private markets placement agent Probitas Partners, is back offering capital advisory services. He has launched Prospective Advisors, a business aimed at corralling capital “at scale” for clubs, joint ventures and separately managed accounts. Typical mandates are expected to be between $500 million and $2 billion. Strategies focused on Mexican logistics, manufactured housing communities and US urban boutique hotels are among Prospective’s initial mandates. Hoffman retired from Probitas Partners in 2019 [coverage from our affiliate title Buyouts, here], some 18 years after he and the firm’s managing directors Greg Hausler and Craig Marmer founded the business. He told PERE: “I’m selling a white board opportunity for big investors to fulfil something missing in their portfolio.”

This week’s investor meetings
Tuesday, May 4