Jeff DeBoer, president and chief executive of the US Real Estate Roundtable on the ripple effects of real estate distress on US cities, during a Senate hearing last week. 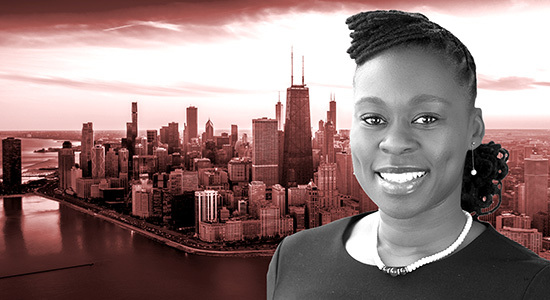 Managers looking for more diverse candidates for their job openings might try hooking them while their young. LaSalle Investment Management has committed to awarding $500,000 in scholarships to Black and Latino undergrads and pairing them up with executive mentors. Its aim is twofold: expose students to the opportunities available in real estate investment and get an inside track on promising talent. Read more about the initiative here.

While this program does not carry hard targets like the BentallGreenOak plan rolled out this month, it closes a meaningful gap in the recruitment landscape. Currently, many who pursue real estate careers have familial backgrounds in commercial property – they also skew white and upper class. Meanwhile, Alfreda Delle, the LaSalle managing director who conceived of the scholarship program, only came to real estate after a career in investment banking. Now she is deputy portfolio manager of the LaSalle US Property Fund, but think of how many in her position never even consider real estate. A more concerted outreach is probably in order.

Brookfield is not shying away from retail, even with the pandemic pushing the sector to the edge. A lawyer representing JC Penney told a bankruptcy court that the mega manager, along with mall super owner Simon Property Group, had prepared an $800 million bid to acquire 650 of the chain’s department stores. If it comes to pass, the transaction would be the biggest yet to tap Brookfield’s Retail Revitalization Program, a $5 billion fund aimed at steadying distressed retail companies. You can read more about Brookfield Property Partners’ approach to retail in the current environment in next month’s PERE magazine, which features an interview with CEO Brian Kingston.

Back in the saddle

Investment banks and principal real estate investing are two things when said together feel like from a bygone era. But while banks including Citbank and Bank of America Merrill Lynch, not to mention the now defunct Lehman Brothers, gave up the ghost on their programs in the aftermath of the global financial crisis, Goldman Sachs and Morgan Stanley, the two biggest investment bank players to sponsor property fund series pre-GFC, stuck with it. The latter is going again, according to an SEC filing lodged this month. The bank did not divulge a fundraising target for its North Haven Real Estate Fund Global X, but PERE previously was told by folks familiar to expect a meaningfully bigger raise than the $2.7 billion hauled for its predecessor in 2017, though that was before covid-19 struck.

In the US, property sales are a fraction of what they were pre-pandemic.

Covid-19 has not dampened demand for South Korean retail. In fact, the country is on pace to surpass last year’s investment volumes in the sector. Retail transactions were close to $6 billion as of September 1, mostly driven by domestic institutions, according to Real Capital Analytics. The country could overtake traditional regional leaders such as China, Japan and Australia, which have seen fewer transactions during the pandemic. South Korea’s retail success stems from its ability to avoid a full lockdown. Also, with travel restriction limiting overseas investments, Korean institutional investors have stayed, and shopped, local.

If you are looking for signs of a K-shaped economic recovery, look no further than the US residential real estate market. On the plus side, the homeownership rate reached 67.9 percent during the second quarter – the highest rate since Q3 2008 – on the back of rising prices and historically low mortgage rates, according to a new JLL report. On the negative side, an estimated 30-40 million renters face potential eviction, because of loopholes in an eviction moratorium that were recently extended. Permanent job losses have now reached roughly 4.1 million, but companies are warning of additional layoffs as a job retention provision under the CARES Act begins to expire this month.

A pandemic is no excuse not to hang up a shingle of one’s own. Marcus Sperber, former global head of BlackRock Real Estate, has launched a property investment and advisory business called NorthCroft Capital. The London-based firm will focus on opportunities around resilient and sustainable real estate. Partnering with real estate investor David Bearman, Sperber will lead the advisory end of the business at NorthCroft.

One of private real estate’s top investors is jumping on the industrial bandwagon. Swiss Life launched a European industrial and logistics program last week. Though the strategy is essentially a fund run by the insurance company’s third-party asset management arm, it speaks to the growing demand among its fellow institutional investors for exposure to the thriving e-commerce market. Focusing on Germany and France, the insurer has raised €120 million thus far for the fund and acquired three assets. Swiss Life intends to raise up to €1 billion in the next three to five years.