“[Having perpetual capital vehicles] allows us to broaden who we serve, and where we can invest. We compare this to a ship moving from a narrow channel into open waters. And we believe this process has just begun.” 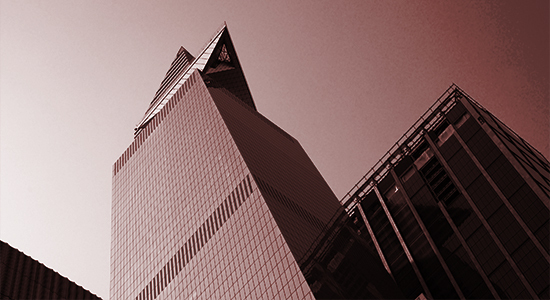 Living on The Edge
KKR is placing a different kind of bet on the resurgence of Manhattan offices: that they can attract tourists as well as talent. The New York-based private equity firm has acquired a majority stake in the observation deck at 30 Hudson Yards for more than $500 million, PERE has confirmed. The triangular, glass-floored sky deck, which is cantilevered from the skyscraper’s 101st floor, is the highest in the country. KKR purchased the property through one of its real estate funds and leased it back to the building’s owner, the Related Companies, which will operate it through its Hudson Yards Experiences team.

As office occupiers look for distinguishing amenities to lure workers back to big cities, sky decks and outdoor spaces both have renewed relevance. On the other side of Manhattan, newly opened skyscraper One Vanderbilt last month unveiled Summit, its all-glass observation room. And, elsewhere in Hudson Yards, Tishman Speyer’s Spiral building will have outdoor terrace space on every floor. For KKR, not only will it benefit from the income stream of The Edge, it also gets to enjoy proximity to the space as the owner of the office condominium comprising the top 10 floors of Hudson Yards.

Data Down Under
PGIM Real Estate has made its first data center investment in Asia-Pacific, teaming up with industry specialist Equinix. The two set up a $575 million joint venture to build and operate two hyperscale data centers in Sydney. PGIM will hold an 80 percent stake of the vehicle, while Equinix will hold the remaining 20 percent. With growing investor demand for data centers, PERE understands that PGIM has brought in four co-investors alongside its regional flagship fund Asia Property Fund IV, as well as a separate account for this investment. Apart from PGIM, manager peers like PAG, Gaw Capital and GLP have also  set foot in the data center market. In Asia-Pacific, the spike in demand drove the transaction volume for data centers up by almost 80 percent of last year’s full-year investment in the first six months of 2021, according to CBRE.

Big in Japan
GLP has made history again with its development fund series in Japan, raising $2.75 billion in the first close of GLP Japan Development Partners IV. Re-ups from existing investors account for more than 85 percent of the capital in the fund, PERE understands, including a ¥110 billion ($966 million, €832 million) commitment from Canada Pension Plan Investment Board. GLP’s return to the fundraising market for its development strategy follows a  string of successful raises for its income fund series. Most recently, it corralled $1.75 billion for the first close of its Chinese development fund GLP China Logistics Fund III in September.

A more specialized approach
As the conversation surrounding environmental, social and governance issues in real estate fragments into multiple sub-topics, it was only a matter of time before jobs in the area did likewise. Keeping up its intensity on all things ESG is Houston-based Hines, which last week followed up its summer promotion of Peter Epping to global head of ESG [announcement of that here] with the creation and filling of a new role: vice-president – carbon strategy. Michael Izzo, formerly vice-president – construction for Hines’ east region, is the first incumbent. “Based on his deep technical expertise and successful implementation of decarbonization strategies with some of our new projects, we are thrilled that Mike has agreed to lead the carbon strategy for our firm as we embark on creating carbon standards for the built environment,” said Epping, who will line manage Izzo [read the announcement here].

SFR on Capitol Hill
The politicization of institutional investment in US rental homes continues. The US Senate Committee on Banking, Housing and Urban Affairs held a two-hour hearing on the topic last week [watch it here] and largely split the topic down party lines. The Democrats, led by committee chairman Sherrod Brown of Ohio, and their witnesses thrashed the industry for raising rents and squeezing tenants, hanging the nation’s affordability crisis on Wall Street’s alleged misdeeds. Republicans, led by ranking member Patrick Toomey of Pennsylvania, gave tacit support to private equity under the guise of free market principles, but also used the hearing as an opportunity to rally against Democratic budget items, such as funding for public housing. The event is unlikely to lead directly to new legislation, but evidently Washington is keeping an eye on the sector.

Evergrande who?
Despite the looming collapse of one of the country’s biggest property companies, China’s real estate market performed well last quarter.

Reiskin swaps beds for sheds
After five years spearheading student housing specialist Round Hill Capital’s charge in the US, Rob Reiskin [LinkedIn here] has switched education with distribution by taking on the chief executive officer job at European logistics manager Delin Property. In an announcement last week, Delin said the move represented a foothold in the third-party institutional investment management space. Reiskin is no stranger to serving fund capital having previously held senior positions at US private equity real estate firm Heitman and London-based AEW Europe when it was tied with Tristan Capital forerunner Curzon Global Partners. At the helm of Delin, Reiskin will seek to grow a platform currently responsible for assets valued at more than €1.2 billion. Said Delin founder Igor Linshits following the hire: “I’ve been impressed by Rob’s investment judgment, business-building skills and vision. Now is the perfect time for us to come together to create Delin 2.0.”

Opportunity Zones: A giveaway to the rich?
The Opportunity Zone program was designed to do two things: 1) give a tax break to wealthy investors and 2) uplift economically depressed neighborhoods. If you ask David Wessel, Pulitzer Prize winning journalist and economist with the Brookings Institute, it has really only done the first part.

Wessel is the author of Only the Rich Can Play: How Washington Works in the New Gilded Age, a book about the origin and execution of the OZ program. He tells PERE the lack of guardrails around OZs makes them a giveaway for wealthy investors, who can avoid taxation by investing in real estate ventures with little to no risk and minimal impact on America’s ‘left behind’.

What do you think? Is the Opportunity Zone program a giveaway or is Wessel discounting its social impact? Is it too soon to say either way? Send your thoughts to kyle.c@peimedia.com and checkout our podcast with Wessel this week.

Star on the rise
Oxford Properties Group, the real estate subsidiary of Canadian pension plan OMERS, is losing one of its top executives. David Matheson [his LinkedIn profile here], who co-led Oxford’s European and Asia-Pacific businesses with Joanne McNamara, will be leaving after eight years to join Starwood Capital Group as its head of Europe in January. Matheson will succeed current Starwood Europe head Krysto Nikolic [his LinkedIn here], who is reportedly joining ICG as its global head of real estate. No word from Oxford on whether Matheson will be replaced or if McNamara will now be running the European and Asia-Pacific businesses on her own.