“Prices are moving up. But, at some point, if the renters’ income is not going up quick enough, or, if other expenses in their lives go up more quickly, then it could become difficult to sustain significant rent increases.” 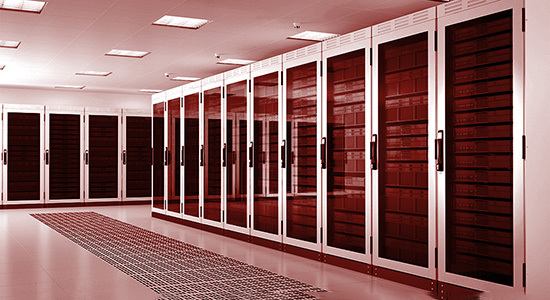 Then there were two
Soon there will be just two publicly traded data center companies in the US: Equinix and Digital Realty Trust. The other two REITs in the booming sector are on the verge of being acquired with 11-figure price tags. Dallas-based CyrusOne is being taken private by KKR and Global Infrastructure Partners at a valuation of $15 billion. Then there is Denver-based CoreSite, which is being acquired by the cell tower REIT American Tower for $10 billion. These mega deals speak to the demand for data centers and diverse pools of capital chasing them. In the CyrusOne deal, KKR is tapping both its private real estate and infrastructure platforms in a move reminiscent of Blackstone in its $10 billion takeover of QTS Realty Trust in June. Meanwhile, American Tower is using its public equity to roll CoreSite into what will be a vertically digital infrastructure juggernaut.

For years, the data center space was dominated by listed capital. Private managers, lacking experience and expertise, were stuck on the sideline. But the landscape is changing quickly. Private firms no longer need to partner with their public counterparts to access the space. And, with American stock markets lacking in options, there is ample opportunity for upstart data center companies to go public and for private managers to spinout the portfolios they have amassed. A new day is coming for digital real estate.

Going with the FLOW
Private capital’s expansion into digital assets is not exclusive to North America. PAG Real Estate continued growing its exposure to the sector by rolling out a new subsidiary: FLOW Digital Infrastructure. Led by industry veteran Kris Kumar, the chairman of the venture, the firm will invest in physical assets of the digital ecosystem. Jon-Paul Toppino, PAG Group president, said the firm is expected to make significant investments in the sectors in the years ahead with the establishment of FLOW. Kumar was hired by PAG from China’s Chindata Group in August to lead the set up of the company. Currently, PAG Real Estate has approximately $2 billion in investments in the sector and aims to deploy up to $10 billion over the short to medium-term, according to a release.

Going Dutch
Schroders Capital, the private markets investment division of UK asset manager Schroders, is continuing its real estate expansion with the acquisition of Cairn Real Estate, a Dutch manager with €1.3 billion of assets under management. Amsterdam-based Cairn, which is being sold by German manager MPC Capital, invests in a range of property sectors, including logistics, offices and healthcare. The deal, which is expected to close in Q1 2022, is the latest in a string of Schroders M&A transactions involving boutique  managers, including the purchase of a majority stake in the $1.1 billion Asia-focused Pamfleet in July 2020; the acquisition of €1.2 billion German firm Blue Asset Management in May 2019; and the addition of €1.8 billion pan-European hotels specialist Algonquin in May 2018.

A focus on climate
New Zealand Superannuation Fund has invested in venture capital firm Fifth Wall’s climate technology fund as part of its broader plan to increase its investments in climate solutions. The investor committed $100 million to the Fifth Wall Climate Technology Fund that seeks to invest in new technologies to decarbonize the global real estate industry. Brendan Wallace, co-founder and managing partner at Fifth Wall, said NZ Super’s commitment into the fund “symbolizes the massive opportunity which lies ahead for climate tech for the global real estate industry”. The fund has a target of $500 million and has already corralled $300 million from investors.

The window is closing…
Since we kicked off the 2021 PERE Global Awards nomination process two weeks ago the submissions have been piling in from industry participants far and wide. Interestingly, the most nominations to date have been entered for the new categories we’ve introduced this year, ESG and proptech. Along with our own market knowledge and independent research, we consider these nominations to be a key component in our shortlisting process, as we compile the list of finalists for each awards category. Remember you only have until this Friday, November 19, to send us your highlights, so do not delay if you want to be considered.

Coming attractions
TPG Real Estate has played a starring role in yet another film studio transaction. The Dallas-based manager has acquired Cinespace Studios, a company with 56 sound stages across Toronto and Chicago, plus more than 100 acres of development space in the two markets. This is the second major content creation acquisition for TPG this year, following its purchase of a significant stake in Germany’s Studio Babelsberg. Meanwhile, another manager continued its expansion march in the studio space, too. Square Mile Capital added Kaufman Astoria Studios in Queens, NY, adding the 100-year-old studio and its 500,000 square feet of production space to its ever-expanding portfolio with studio specialist Hackman Capital Partners.

The only way to play
Zillow Group, the company behind a popular online listing site for US residential real estate, has called it quits on its home-flipping experiment and private equity is picking up the pieces [see the Wall Street Journal’s coverage here]. After pouring more than $1 billion dollars into single-family homes, Zillow is selling all 8,200 properties and preparing to lose up to $500 million. Its loss is Pretium Partners’ gain. The New York-based firm has agreed to buy 2,000 homes from Zillow to roll into its single-family rental program. The transaction demonstrates that – despite the negative attention it draws – the rental model is the only way to play in the single-family housing market at scale.

Competition heating up
Brookfield Asset Management has thrown its hat into the non-listed REIT ring. The Toronto-based firm has officially launched Brookfield Real Estate Income Trust with $1 billion of assets, half of which were in its previous listed vehicle, Brookfield Property Partners. The new offering will compete with similar structured offered by Blackstone and Starwood Capital, as well as KKR’s retail-oriented platform that launched earlier this year [our coverage here]. It is a space that is getting increasingly populated.

Mind the gap
Investors around the world continued to wait for clarity this year, but that does not mean they lacked confidence in real estate. Our coverage here.