“Investors have increasingly moved beyond their real estate allocations and have invested into real estate debt from private credit and fixed income. This has significantly widened the investor universe, both geographically and by type.” 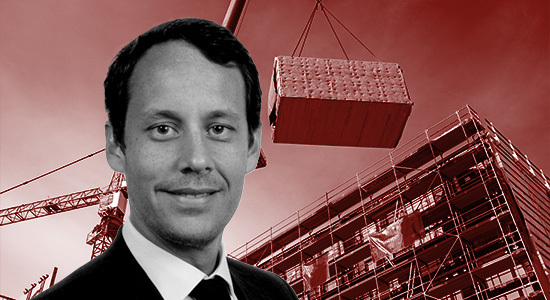 Obsolescence no obstacle
Between abandoned B-malls, office towers that have outlived their useful lives and warehouses unfit for modern logistics needs, obsolescence in the built environment is rampant and well documented [see our December cover story here].Yet few groups have been willing to address this issue head-on. Houston-based Hines is attempting to do just that with its just-launched US Property Recovery Fund. Alfonso Munk [his LinkedIn here], the firm’s chief investment office of the Americas, tells PERE the vehicle will have 75-25 split between development and stabilized assets, with half of the development capital going toward “deep redevelopment.” He said the firm already has an office-to-residential conversion in the works and a project to replace a big box store in an open-air shopping center with apartments. HUSPRF launched last week with $590 million of capital and a $1 billion target. Check PERE for more on Hines’ strategy later this week.

Trainspotting for ESG
For BC Partners Real Estate‘s debut European value-add fund, carbon footprint management does not start or stop at the property lines of its assets. To meet its goals, the London-based firm needs end users to be able to reach its properties in an environmentally friendly way, too. Stéphane Theuriau [his LinkedIn here], a partner at the firm, tells PERE that proximity to public transit will play a major role in the deployment of BC Partners European Real Estate I, which closed on €900 million last week [see our coverage here]. You can build the most energy efficient suburban office, Theuriau says. But if everyone has to drive to it you have missed the point.

The ‘huge’ Pakistan opportunity
Despite boasting a population of more than 225 million people and a GDP stronger than more than 150 other countries, Pakistan rarely enters the institutional conversation as far as real estate is concerned. Could that be about to change? Savills, the international broker, thinks so. Last week, the firm announced it was entering the market after agreeing to merge with a former Colliers International franchise employing 42 staff across offices in the cities of Karachi, Lahore and Islamabad. The deal sees the firm inherit local real estate clients such as TPL Properties, but also global companies such as Royal Dutch Shell, Novartis, Maersk, GlaxoSmithKline and Pepsico International. Mark Ridley, Savills’ CEO, explained: “Pakistan is the fifth largest country by population, of which over a third reside in urban areas. With the government promoting the construction and housing industry, we see a huge opportunity.”

Hungry for more
Internet search giant Alphabet Inc, Google’s parent company, continues to have a voracious appetite for office space. The tech titan has acquired the multicolored Central St Giles property in London’s West End for £730 million ($1 billion; €880 million) from insurer Legal & General [see the BBC’s coverage here). Much like St John’s Terminal in Manhattan, which Alphabet acquired from Oxford Properties for $2.1 billion last year [see our coverage here], the company was already a tenant in the building. Google and its parent company have a history of going from renters to buyers, and a penchant for owning their own real estate. The company is also building a massive UK headquarters in Kings Cross to house 4,000 employees. The commitment to Central St Giles speaks to the broader trend of tech companies using the pandemic-driven uncertainty around physical workspaces to go bargain hunting for office space [our coverage here].

A record year for ODCE
NCREIF’s widely used benchmark for the US core real estate market produced its largest yearly return ever [see our coverage here].

Investors to seek and deploy
Private real estate associations INREV, ANREV and PREA published the results of their well-regarded Investment Intentions joint annual survey last week. Amid a general tone of keenness from an investor recipient base responsible for an aggregate of approximately $800 billion of assets, here are five key takeaways: