“There’s no precedent for the fiscal and monetary stimulus that we’re seeing. It’s 10 times the size of the 2008 crisis response. Initially, the focus has been on stability, recovery and then, more long-term – I think this will happen mostly next year – expect there to be reform”

Ken Mehlman, partner and co-head of KKR Global Impact, on US stimulus efforts during a webinar hosted by the firm last week 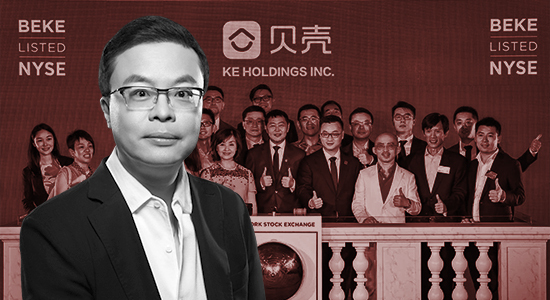 There is light at the end of the tunnel for real estate tech investors. Last week, Gaw Capital-backed Beike, a Beijing-based housing transactions platform, raised $2.1 billion from its debut on the New York Stock Exchange. Despite rising tensions between the countries, it was the biggest US listing by a Chinese company in two years. It was also the first proptech company financed by Gaw to go public, according to the firm’s managing principal Humber Pang. The Hong Kong-based Gaw has been active in the space since at least 2016.

Training wheels are off

Multifamily managers and investors, brace yourselves for a bumpy couple of months. In the US, the property type is about to see if it can run without the support of federal stimulus. Critically, a program that paid the unemployed $600 a week ended last month. Congress is on its August recess, meaning a replacement package is likely to remain on hold until late September at the earliest. Making matters worse for landlords: widespread eviction moratoriums prevent them from acting in cases of non-payments, which are already rising, even among renters not impacted by the pandemic. See our full coverage of this topic here.

No interest, no problem

Tracking the number of confidentiality agreements signed by prospective investors, CBRE finds investment interest has picked up during the summer.

Pandemic-driven distress is continuing to impact pricing in China. The latest example is the mall portion of Shanghai’s Crystal Galleria complex, which Hong Kong-based Phoenix Property Investors and Korea’s National Pension Service are looking to sell for $860 million. A few years ago, the property was valued at $1 billion (see Bloomberg’s coverage here). Already this year, Phoenix has had to refinance an office complex in Shanghai because of covid-19 disruption (see a public disclosure from its partner in the deal here). More broadly, the value of deals in China declined 34 percent between the first and second quarters, according to Cushman & Wakefield.

Investor comfort with remote due diligence has evolved yet again. Last quarter, Nuveen Real Estate raised $327 million for its core US Cities Multifamily Fund – all from institutions new to the firm, Wendy Pryce, a managing director who oversees fundraising, told PERE. Meetings were conducted by phone or video conference, while drone footage and Google Maps stood in for site visits. Although the fund’s open-end structure may have put unfamiliar investors at greater ease, the closing is a testament to what can be done virtually.