“With low interest rates and a desire, perhaps, to get out of the city, people are buying single-family homes because they’ve learned during the coronavirus that they can work effectively remotely and many of them are moving to the suburbs to do just that.”

Byron Wien, Blackstone’s vice-chairman of private wealth solutions, on the shift to the suburbs during covid-19, during the firm’s quarterly webcast. 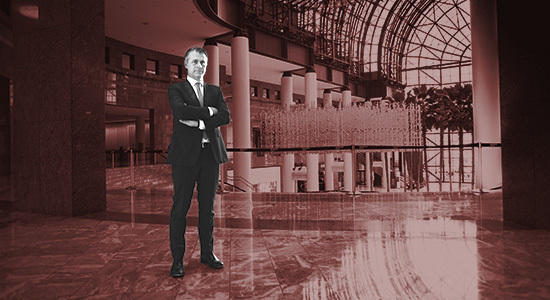 Against the grain
Offices, retail and big cities are arguably the three biggest no-go zones for most real estate firms amid covid-19. Brookfield Asset Management is not most firms. The Toronto-based mega manager is not letting the current aura of uncertainty drive it away from its bread and butter. In fact, Brian Kingston, chief executive of Brookfield Property Partners, sees tremendous opportunities in all three buckets because of the knee-jerk response by many to turn away from the areas hit hardest by the virus. “New York is a tremendous contrarian opportunity at the moment,” he told us in an exclusive interview published today.

Trade war tensions
The US-China feud has had far-reaching implications on technology, trade and financial industries. Though Chinese investment in US property was already on a precipitous decline due to China’s capital controls, geopolitical tensions have only made things worse. Only $98 million of Chinese deals were completed in H1 2020, according to CBRE. Yet, as detailed in our October cover story, this is not the end of the road for Chinese investors’ global property ambitions, but rather the beginning of its next era. Here are some key attributes to this new normal:

PERE Global Awards
The process to determine this year’s most successful investors, managers and advisors in the private real estate marketplace is poised to begin. And, with covid-19 still raging around the world, these awards arguably will be the most meaningful yet. Will those organizations that weathered the accompanying financial crisis be recognized for their efforts with awards? Last year’s 66 categories attracted thousands of votes. We expect even better engagement this time around.

These are the deadlines you need to know:

Getting his Barings in Asia

While covid-19 had brought more than its fair share of hardships, the crisis has also produced some opportunities, John Ratcliffe, Barings’ newly installed head of Asia-Pacific real estate, told PERE. The pandemic has cooled the competition for assets and talent in the region, the Sydney-based executive said. In Australia, it has caused major banks to pull back from commercial property lending, creating an opening for alternatives lenders – especially those looking for prime office and logistics assets. The 20-year veteran shared these and other insights on the APAC market with us in an exclusive interview out later this week.

WFH as a right?

The pandemic is prompting governments around the world to consider big reforms. One that office owners should watch is the shift of homeworking from an employer-offered privilege to a legally protected right. Once a laggard in embracing flexible working, Germany is now pushing ahead with legislation to guarantee that employees can work from home, if they choose. The draft law aims to ensure optionality for workers, while also setting clearer boundaries between their professional and personal lives through limits on hours worked. Should it come to pass, this law would add further uncertainty to an already ambiguous office industry in the post-covid world.

Trusted hands
The Teachers’ Retirement System of Texas has faith in Starwood Capital’s ability to land distressed opportunities. The $150 billion pension is participating in the Miami Beach-firm’s Global Opportunity Fund series for the fourth time by way of a $200 million commitment to SOF XII. Previously, TRS committed $200 million to SOF IX, $300 million to SOF X and $200 million to SOF XI. According to TRS, it has seen since inception internal rates of return of 18.9 percent, 17.3 percent and 37.1 percent, respectively, on those investments – the latest being just two years old. Joining TRS in SOF XII are the Texas County and District Retirement System with $175 million and the Illinois Municipal Retirement Fund with $100 million.