PERE
Home News & Analysis Allianz’s Trausch: ‘We can add on a new capability each year’
Return to search
Investors 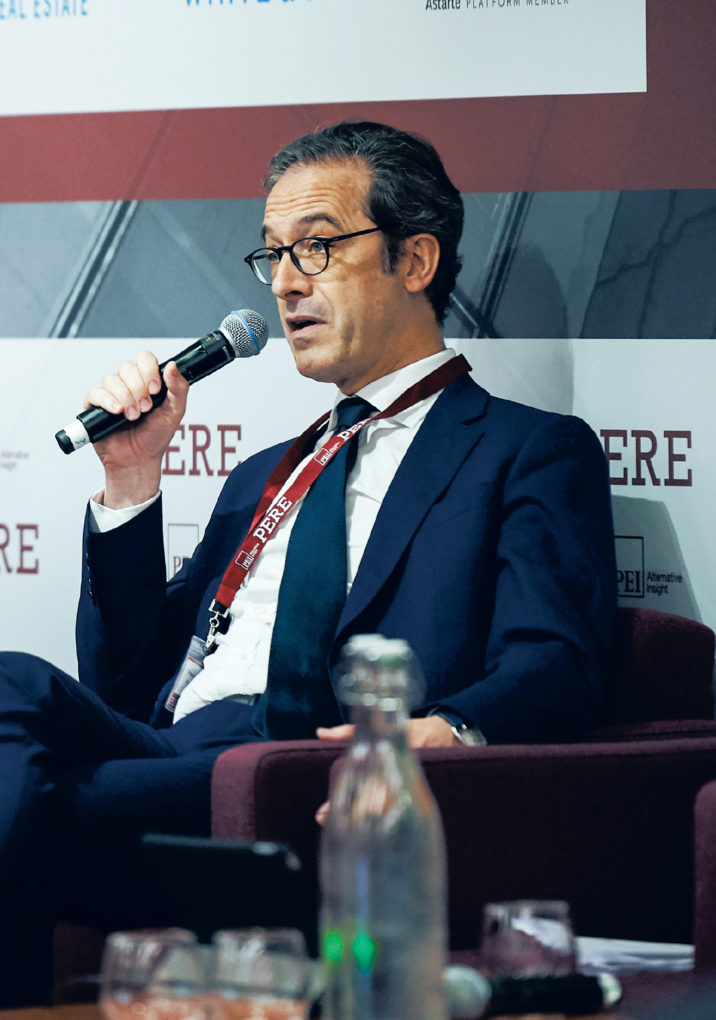 When Francois Trausch succeeded Olivier Piani as head of German insurer Allianz’s real estate business in 2016, he outlined an ambitious growth plan to expand from approximately €45 billion in assets under management to €60 billion by 2020. This target was achieved 18 months ahead of schedule. Meanwhile, many of the world’s institutional real estate marketplaces have reached peak cycle positions, and all the while, demographic, technological and geopolitical forces are impacting almost every property type. Nevertheless, the Frenchman has no qualms in setting yet another ambitious growth plan, this time €100 billion by 2024. How will Allianz Real Estate do this? In front of this summer’s PERE Europe Summit audience, Jonathan Brasse, PEI’s senior editor, real estate, asked Trausch the question. This is an abridged version of what he said.

PERE: We interviewed you shortly after joining from GE Capital Real Estate during which you outlined the original €60 billion growth target. We called it a ‘formidable task’, effectively deploying €3.75 billion a year. How have you done it?

Trausch: When I joined, I had just been in Asia for five years. We had €45 billion in AUM, yet no Asia business. So that’s where we started, opening in Singapore where we now have 15 people. I expect to have 30 there in 18 months’ time. We now have €3.5 billion in assets in the region. We started small by doing fund investments pan-Asia. Then we went into specific markets, using side-cars and joint ventures, then direct investments.

A second area of growth was the lending business. It started eight years ago and now has €8 billion. There’s never been a better time to be on the senior lending side for an insurance company because the banks don’t have the balance sheets for this anymore. For insurance companies, it’s a way to match long-term liabilities with long-term assets. A safe way to play the market.

We’ve also grown our fund investing business to about $10 billion, making $1 billion a year in investments. If it’s a case of buy-fix-keep, maybe an insurance company can do a good job of it. But if it’s a case of buy-fix-sell, I’m not sure insurance companies are the best at calling markets. In this case, it’s better to line up with best-in-class, value-add players, give them money and let them do the job for you.

We can grow these ways if we’re willing to diversify geographically, by having teams on the ground in all three corners of the world, be willing to work with other people and by increasing the types of assets we are going after. It’s not a complicated recipe. Of course, we still need the support of the company. If Allianz did not want to look beyond Munich, then it would be difficult.

PERE: The next growth target is $100 billion by the end of 2023. We’re talking about a run rate of €8.75 billion a year at a tricky time in the market. Shall we use the word ‘formidable’ again to describe this?

Trausch: That will include both equity investment and lending, which is a fast-growing business. As long as Allianz is willing for us to add a new strategy each year, we can, as an organization, get there. There’s definitely a willingness from Allianz, and the capacity to do the right recruiting so we can add on a new capability each year. I ask: why do people want to work at Blackstone, for instance? One reason is because, there, people can be working on all kinds of deals. We want the same thing to be of relevance at Allianz. On Monday, you can buy a core asset in Paris; on Tuesday, maybe you get to work on a value-add opportunity in Poland; on Wednesday, you might get to negotiate a joint venture with a partner in a programmatic JV across Europe; Thursday, you might put money into some of the best global opportunity funds; and on Friday, you’re working on a safe, senior lending deal.

PERE: Following the news of a real estate debt strategy capitalized by third-parties earlier this year, do you also see meaningful growth coming from running your own funds?

Trausch: We have had the structure since last year to organize our lending business as a Luxembourg fund, so it was fairly simple to open to third-party investors. Particularly when it comes to European lending, I think we can originate more than what Allianz needs. The equity piece is a bit different. We will be more opportunistic there. If we find a good opportunity to work with a partner, to line up the asset or portfolio to manage for that partner, we would do it. I want to make sure we maintain our DNA as a principal however. People willing to invest alongside us need to believe that. But ultimately, yes, you should expect Allianz to team up with other sources of capital and for us to be the manager. It’s more of an add-on to the main business, rather than an effort to convert to be like everyone else.

PERE: When it comes to growing Allianz’s real estate allocation, has it been more a case of ‘push’ than ‘pull’ with the top of the organization?

Trausch: The process is disciplined. There’s a central allocator who oversees a dialogue between the various insurance companies of the group, and their requests for real estate investments, and us as the specialist, what we think are the opportunities. The dialogue is there to match what we see with their demand. It takes a few months, but once established, we can then plan ahead. German companies are often thoughtful when it comes to upfront planning. That said, if we don’t find the opportunities, Allianz won’t put us under the wrong pressure, even if we don’t hit the baseline plan. On the other hand, Allianz decided to fund a team of 450 professionals for a reason: to produce opportunities for them. If we don’t, they can reasonably ask: do I need that line in my business? So, there is some pressure to find the right opportunities.