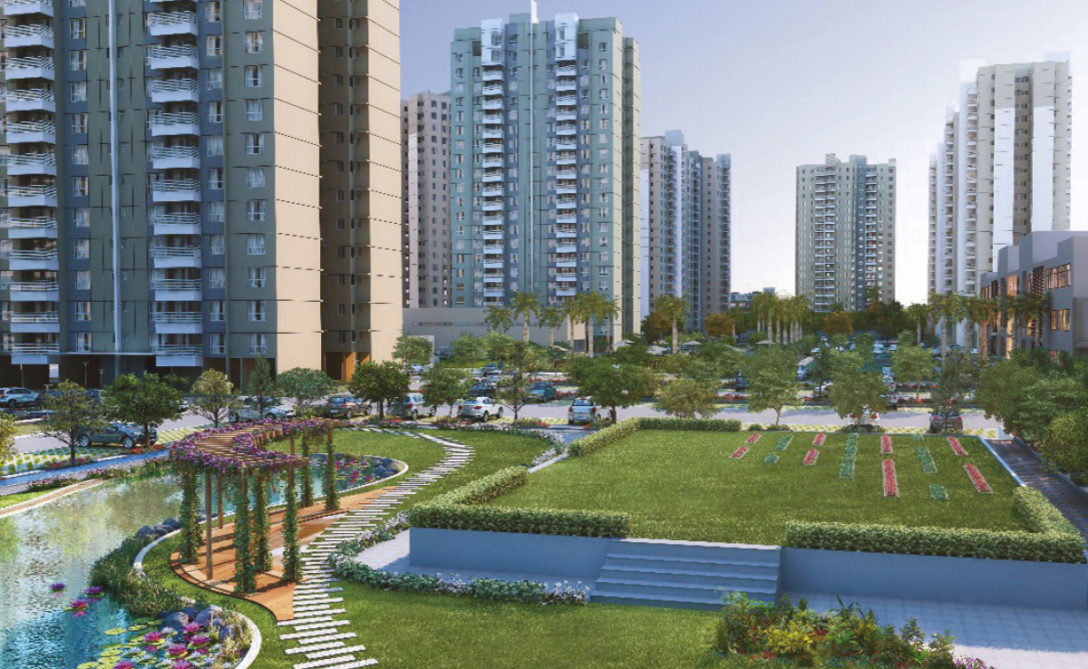 The growing and urbanizing populations of Asia’s developing nations have a clear demand for affordable housing. However, it is a segment of the market that is yet to see significant investment from private real estate players.

Most nations in Asia-Pacific do not have a firm definition of what constitutes affordable housing and there is no consistency across markets. In India, affordable housing is defined as being for income groups at 4.5 million rupees ($59,873; €55,045) or below and stipulates a minimum size of 45 square meters in major cities and 60 square meters elsewhere.

In terms of scale, Asia’s developing nations offer the largest opportunities. Last year, a report by broker Knight Frank and the Royal Institute of Chartered Surveyors suggested India would need 25 million affordable homes by 2030. In China, a further 70 million people are set to move to cities by 2030 and many will find it hard to buy a home. There is also demand in Vietnam, Indonesia and the Philippines, which have large and growing urban populations.

“Increasing the supply of affordable housing is something that has been on the government agenda [in India] since 2014 and there has been a consistent message that we need to build more,” says Shobhit Agarwal, managing director and chief executive of Anarock Property Consultants. Since 2014, a number of policy initiatives under the ‘Housing for All by 2022’ banner have been designed to make developing for-sale affordable housing more attractive.

“A number of domestic developers are involved in the sector and there is certainly interest from private equity real estate investors,” says Agarwal. “But most overseas players are looking for higher returns from their India projects. Affordable housing in India is essentially a high-numbers, low-margins business.

“Many larger developers previously shied away from it for this reason, and also because they perceived the affordable tag as a taint on their premium labels. However, in recent years it has become a matter of prestige to contribute towards the ‘Housing for All by 2022’ vision. Also, it is indubitably the most reliable and fastest-selling product.”

One of the few overseas real estate private equity groups involved in developing affordable housing in India is UK growth and emerging markets specialist Actis Capital, which has invested alongside Shapoorji Pallonji Real Estate in a platform that builds affordable and mid-market housing. The Actis-Shapoorji platform, which is also backed by the Asian Development Bank and the International Finance Corporation, is developing a number of projects in India’s Tier 1 and Tier 2 cities. Actis is also in the early stages of developing affordable housing in Vietnam.

Brian Chinappi, partner and head of Asia real estate for Actis, says: “We are targeting high-density urban housing for end users who represent the 55-75 percentile of income earners; that is very much our definition of affordable housing. That, to us, is the sweet spot of demand in the markets that we’re focused on: it targets real occupiers, benefits from higher sales velocities and it also tends to be overlooked.

“Below our target level it gets tough because the buyers often don’t have formal employment and so cannot get mortgages. Also, at that level, competition tends to be solely driven by price, as opposed to any element of brand or product quality. Often the demand affordability is so thin at that level that you would be relying on some type of government subsidy.”

Affordability is key to the success of these projects, says Chinappi. “This section of the market is very focused on total ticket size, because that is what drives affordability, and value for money. The per-square-foot value doesn’t really matter. For example, our average target ticket size in Ho Chi Minh City is $120,000, so you need to figure out how you can give the buyer what they need, at the right quality and profitably. How do you build it and how do you create the efficiencies?

“A lot of time is spent between gross to net built up area in an affordable housing project because every bit of space counts. It is also much more of a manufacturing business than a sales and marketing business; it’s all about how you deliver value for money efficiently.”
For its projects in India, Actis is targeting a return on cost of “low twenties to low thirties, depending on location,” says Chinappi. “We also use very little leverage, so it is fundamental real estate and is a defensive play.”

Developing affordable housing in India remains a challenge, chiefly because of the cost of urban land. “Little urban land is zoned for affordable housing, so projects get pushed to the periphery of cities,” says Agarwal. “The extra construction cost of high-rise buildings means that densifying tends not to be a solution. Equally challenging is putting sufficient support infrastructure in place as mass housing high-rises can put a lot of pressure on available utilities in already tightly-strung urban areas.”

The state of Maharashtra, whose state capital is Mumbai, has come up with an innovative solution to provide better housing for inhabitants of slums in urban areas and make it worthwhile for developers to make the improvements. A developer can take over a slum area for zero cost – subject to the consent of residents – and redevelop the land as it wishes, as long as every family who lived in the slum is rehoused in the improved area for free.

This allows the developer to densify the site, perhaps building high-rise commercial and residential projects alongside affordable housing for former slum-dwellers, who must stay in their new homes for at least 10 years before selling. Technically, these do not count as affordable housing as the homes are given away.

However, Agarwal says: “The slum rehabilitation scheme in Maharashtra state offers an alternative solution for affordable housing. However, this is an extremely complicated business and only a handful of players have the knowledge and bandwidth for it. In particular, obtaining buy-ins from all concerned stakeholders can be challenging.”

Chinese land is not cheap

In China, rocketing land prices make affordable housing a tricky prospect. “The reality is, in China, even in middle income, the margins are single digit on a good day,” says Chinappi. “The true affordable segment is being served by government, or SOEs, or developers are doing it in order to get a policy benefit of some sort.”

In recent years, the Chinese government has been promoting rental residential as a solution for affordability and this has attracted a considerable amount of investment from domestic and overseas players. Private equity groups have backed a number of rental platforms including Nova, backed by Warburg Pincus and GIC Private; Mofang Apartment, backed by Warburg Pincus; and Harbour, backed by Gaw Capital Partners. However, these platforms tend to be targeting young professionals – the service is often marketed as co-living – and is not considered to be affordable housing, although it is being developed at least partially in response to a lack of affordability.

Chinappi says: “Probably the only reason you can make any return [from China affordable housing] is because the government has sold you the land for cheap. And that’s our big concern around China rental housing overall, the level of government influence over rent once you have taken advantage of an affordable housing policy. Why will China be any different from many developed markets that have more recently introduced rent control?”

South-East Asia ought to offer more opportunities in the affordable housing sector in future, but Vietnam is Actis’s only pick for the time being, due to improved regulations and strong demand from middle earners. “The challenge in some of the other SEA markets is that to make even the base case returns work, you need leverage on the land,” says Chinappi. “The legal framework is also very buyer friendly with respect to terminating sales, so it is not attractive on a risk-adjusted basis.”

Actis seems likely to be an outlier in terms of investment in “true” affordable housing projects in Asia, due to the complexity of investing and the risk of state intervention. India is relatively unusual in stipulating a market solution for housing. However, affordability continues to be a problem for Asian nations and more innovation may create opportunities in the future.