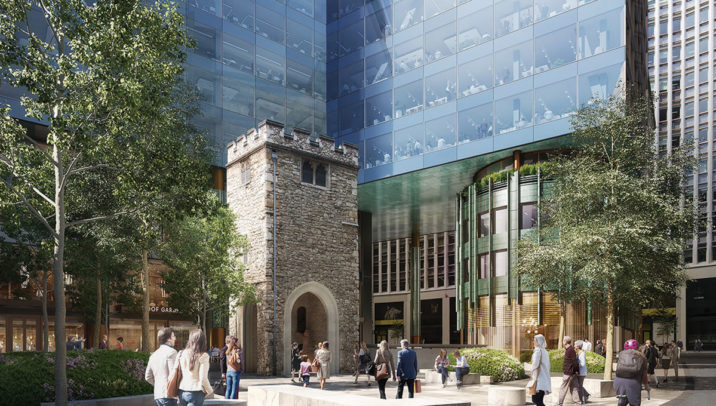 If the walls of the various buildings at 50 Fenchurch Street could talk, they would give insight into the City of London that goes back centuries. The Clothworkers’ Company, a 500-year-old livery company and the owner of the property, has been based at the site since 1528.

Two of buildings on the site – Tower of All Hallows Staining and Lambe’s Chapel Crypt – date back to medieval times. The other buildings on the property were built after 1945. They include the Clothworkers’ Hall, Minster House, 46-50 Fenchurch Street, 51-54 Fenchurch Street and St Olave’s Church Hall. The Clothworkers’ Hall is actually the sixth iteration on the site and opened in 1958 – the third was destroyed in the Great Fire of London in 1666 and the fifth by The Blitz in 1941.

In July, the Clothworkers’ Company exchanged contracts with AXA IM Alts for a long leasehold of the 1.2-acre site to make room for its newest building – a 650,000-square-foot office fit for the 21st century.

In a city where space is becoming a highly sought-after commodity, the new office building at 50 Fenchurch Street will boast 36 stories, ample dedicated bike spaces and a public roof garden that will offer future visitors views of the River Thames over the Tower of London and Tower Bridge. Thanks in part to vertical urban greening designed to mitigate noise and air pollution while improving biodiversity, 50 Fenchurch Street will be targeting a BREEAM Outstanding rating and becoming net zero in operation. Construction is due to begin in 2024 to meet a delivery target of 2028.

The two historic buildings on-site, Grade I listed Tower of All Hallows Staining and Grade II listed Lambe’s Chapel Crypt, are not currently accessible to the public due to being on private land. That will change under the proposed scheme, under which both the Tower and Lambe’s Chapel Crypt will become part of an extensive public space with retail and dining on the ground level. Meanwhile, a new Clothworkers’ Hall will be built for The Clothworkers’ Company as part of the development.

AXA IM Alts previously built the nearby 22 Bishopsgate, its flagship office development that was completed in 2020. Isabelle Scemama, global head of AXA IM Alts and chief executive of AXA IM Real Assets, points to the 69-story property’s 80 percent lease-up rate as a testament to the demand for high-quality, sustainable and wellness-focused offices in the City.

50 Fenchurch Street is “one of the last remaining sites in the City with potential for a tall building,” according to London-based real estate advisory Gerald Eve. The new office will rise on the southern edge of the City’s tower cluster, which includes some of the most recognizable buildings on the London skyline.

Modernization and regeneration may be arriving at 50 Fenchurch Street over the coming years, but the property’s historical heritage is also getting a new lease of life.

Construction is set to begin on-site

The regenerated 50 Fenchurch Street is set to be complete 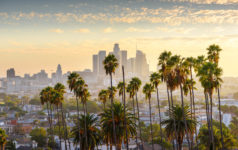