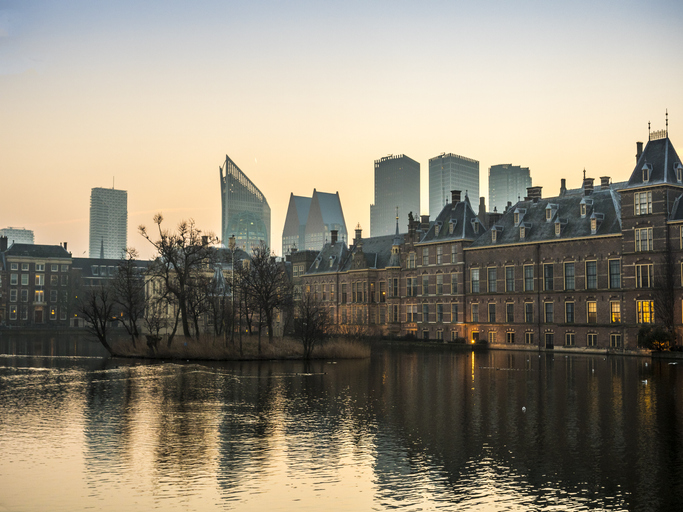 Its commercial property debt team, part of NNIP’s alternative credit division, manages €4.5 billion in mandates for senior loans from its headquarters in The Hague. The capital behind the mandates comes from internal NN insurance companies, as well as third-party institutional investors eager to gain exposure to real estate debt returns.

“We have been low on the radar at the request of our proprietary clients and our group,” explained Lennart van Mierlo, who leads the strategy.

But NNIP’s profile in property lending circles looks set to increase. As part of the wider growth of its alternative credit platform, it has plans to raise more external capital through segregated mandates, with a fund also being considered. Van Mierlo said the medium-term plan is to grow the real estate debt platform to up to €10 billion.

“The total European real estate debt market is estimated to be €1.1 trillion, of which it is safe to assume around €800 billion is senior debt,” he comments. “There is enough space for a player like us to grow to €10 billion.”

Simon Uiterwijk, senior portfolio manager within the team, said: “So far, the strategy has been focused on Europe, but we would not rule out extending the team into the US or other markets. The longer-term plan is to become a global platform, because we have a lot of clients that operate globally.”

Since the 2007-08 global financial crisis, non-bank lenders have captured market share from the banks that traditionally dominated the European property lending market. However, NNIP’s strategy is predicated not on taking business from banks, but by partnering with them.

Its first real estate credit investment was the purchase of a €350 million stake in a loan portfolio from an unidentified bank in 2014. “In recent years, we have done four other portfolio trades with three banks,” explains van Mierlo. “They are selling to free up space on their balance sheets, partly to ease the regulatory cost of capital, but also so they can continue to lend to core sponsors by reducing exposure on their books.”

The business model, said Uiterwijk, is typically to buy a 50 percent stake in loans, with the originating bank retaining the other half. “There is still skin in the game from the arranging party,” he noted.

“The arbitrage between the regulatory treatment of bank and insurance capital means it can be more attractive to hold certain assets, including real estate loans, on insurance company balance sheets. So, these portfolio trades are a good way for banks to reduce their risk-weighted assets, while the loans also provide an attractive return to our clients from a regulatory capital point of view.”

NNIP does not directly originate loans, preferring instead to participate as a partner alongside banks. Van de Wiel said the company is involved in transactions in the early stages of the process to exercise influence on the deals it plans to invest in for its clients.

“We do not interfere with the relationships that the banks have with their sponsors,” he explained. “We are not interested in taking over that relationship or originating the deals ourselves. Through this model, we have been able to do a lot of transactions with balance sheet lenders including Dutch, German and French banks, as well as some of the US investment banks.”

This has provided NNIP with exposure to syndicated loans within the €25 million to €600 million size bracket across 12 European countries. A second strand of its strategy is to invest in smaller loans – usually €5 million to €25 million – written to a range of borrowers against property in regional Dutch locations. The Netherlands’ banks traditionally cornered this part of the market but are less active today meaning margins can be within 200-400 basis points.

It is with the latter market in mind that the company is considering launching a fund to provide smaller third-party investors with access to real estate debt returns. Although van Mierlo insists decisions are yet to be made, he suggests a fund would need to be at least €250 million and would aim to invest in a mix of large pan-European loans and the smaller, higher-margin Dutch loans, to generate enhanced returns for investors.

“We would, if pursuing this further, also engage with the more specialized originators, so not necessarily only the larger banks, more the boutique style specialist originators, on an originate-to-order basis,” said Uiterwijk. “We have been investing in this type of loan since 2014. It is still a relatively small market, and lenders need local knowledge, so there are significant entry barriers to foreign players.”

Van Mierlo insists that, even in the Dutch mid-market, NNIP does not seek to take business from the country’s banks, but rather partner with specialist originators in parts of the market from which banks have retreated.

Although van Mierlo declines to divulge the scale and composition of NNIP’s third-party mandates, he says such mandates typically start from €200 million to €250 million and can grow quickly as investor clients aim to increase their exposure to the real estate loan market. “In the last 15-20 years, real estate debt has commanded an average 100-120bps premium to more liquid corporate bonds, and that is the pick-up we will continue to target. That is where investor appetite is.”

To deploy investor capital, collaboration with Europe’s banks will remain crucial, van Mierlo said. “The institutional investors that we represent, and the banks, are natural partners in this market. It is easy for banks to write big tickets in the real estate lending market, but such debt has traditionally represented a large part of their balance sheets. We feel there is potential to take over part of that exposure from banks, while still working with them, because they continue to have the deepest borrower networks.”