Covid-19 has served as an accelerant for many changes that were previously underway, particularly in industries already shifting online, such as retail, education, entertainment and healthcare.

Others, meanwhile, are now at uncertain crossroads. Included is the commercial office sector, which must contend with two countervailing trends reshaping tenant preferences in the covid-19 era: a move toward remote working that threatens to hamper overall demand for office space and a need to reduce density so workers can spread out.

A plausible solution to both issues is another trend already years in the making: the hotelization of office space. Flexible leases and shared spaces would enable tenants to expand or contract their workplace footprints as needed.

However, landlords should not expect the WeWorks of the world to absorb the risk of this model moving forward.

Flexible office space has proven an attractive offering for lone freelancers, small start-ups and established enterprises alike. Its attractiveness is evident by the fact that WeWork, in just a few years, has become New York City’s largest occupier of office space and – along with other groups such as Regus and Knotel – accounted for a quarter of all office leasing activity in the US. Clearly, tenants have demonstrated a willingness to pay premium rents if they can right-size their square footage on short notice. That appeal is unlikely to diminish post-covid. If anything, it will increase as spatial needs and head counts fluctuate more frequently.

Landlords that took notice of this trend were happy to lease space to operators with sleek brands and well-funded marketing departments. WeWork had amassed more than 26 million square feet in the US alone by the end of last year. However, those same landlords were also careful to insulate themselves from the underlying insecurity of month-to-month leasing. WeWork’s average initial lease term was 15 years, according to documents filed ahead of its botched initial public offering. And, even if that duration was not enough of a hedge, most institutional owners limited flexible office tenants to just a sliver of their overall portfolios – such tenants occupied only 2.8 percent of office space in gateway markets, according to the research firm Green Street Advisors, and even less in smaller cities.

Yet, once the virus dissipates, office owners will no longer be able to have their flex office cake and eat it, too.

As PERE explored in a report earlier this week, large operators in this space have experienced significant distress throughout the pandemic thus far. WeWork’s unsecured bonds are trading for 40 cents on the dollar; Knotel has returned 20 percent of its office space to landlords, and IWG, the parent company for Regus, has seen its stock price fall by 50 percent since the outbreak began. Though the current health crisis is a unique breed of black swan, the breadth of disruption in the flex office sector raises the question of how well suited it is to withstand cyclical downturns. At the very least, the breakneck expansion of co-working and flex office seen in recent years is unlikely to return.

Moving forward, a more reliable model will be one in which property owners are better aligned with their flexible spaces. This can be done by signing revenue-sharing agreements with third-party operators, running their own flex spaces, or offering them as an in-building amenity to their traditional tenants. These structures may not be as lucrative as the preceding approach, but they would enable landlords to meet their tenants’ evolving demands in a more sustainable way, with less overhead to cover and therefore less risk.

Flexible office demand is poised to emerge from covid-19 somewhat intact. But the same cannot be said for the ways it is served up. 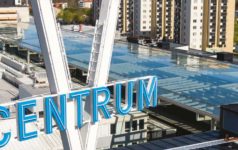