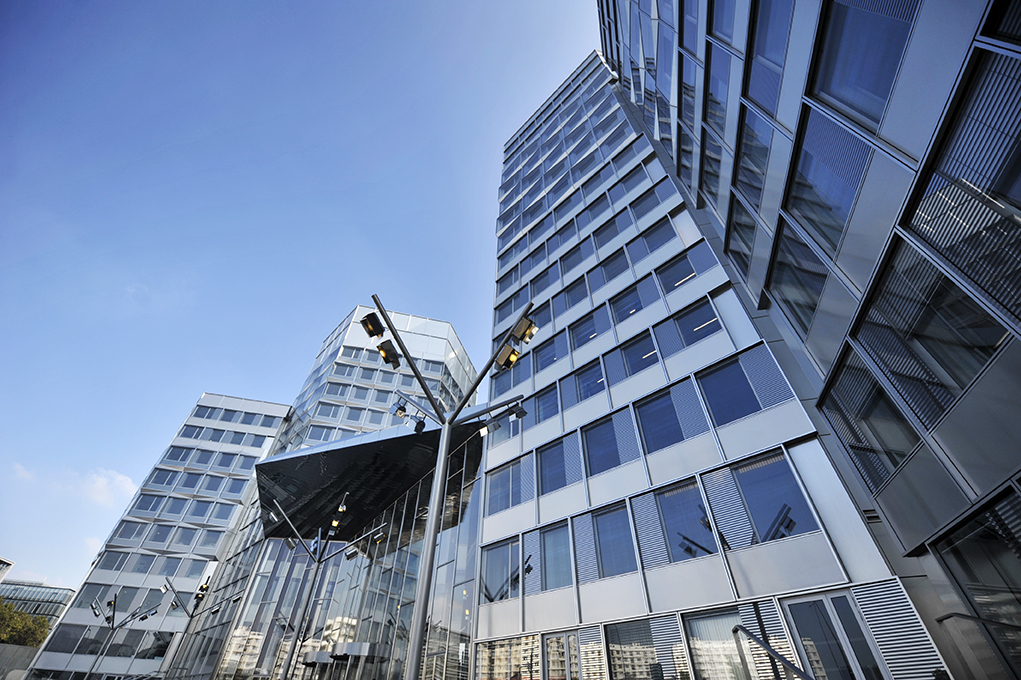 Allianz Real Estate, the property investment arm of German insurer Allianz, has completed its largest European office transaction yet, the latest sign of the investor’s confidence in what many regard as a highly uncertain sector.

Citylights is based in Boulogne-Billancourt, a well-established western business district in the Paris region. From the three office buildings within the complex, Allianz has acquired the 23-story City 1 and the nine-story City 3. The two assets collectively comprise a total gross lettable area of 522,049 square feet, representing around 60 percent of the entire development. City 2, the remaining tower of the complex, is owned by the French REIT Gecina. City 1 and City 3 are almost fully let to tenants such as GE Capital, Alstom, Solocal and OPCO Mobilities, according to Allianz.

Although Allianz did not disclose the seller’s name, the two assets were previously owned by BNP Paribas, according to data provider Real Capital Analytics.

Allianz has closed on the deal amid an ongoing debate in the industry about how covid-19 will change use and demand for office space. While some investors remain cautious over homeworking and are paying close attention to the speed of return to the office, others, such as Allianz, are finding opportunities.

Alexander Gebauer, Allianz Real Estate’s CEO for West Europe, told PERE: “While working from home will change how companies use office space as they are balancing organizational connectivity and resilience, we strongly believe that prime assets in prime locations will always be in demand, both as a place to work and as an investment opportunity.”

However, the company was also reconsidering how to change office space to adapt to post-covid needs and preferences, he said: “Our role as landlords is to adapt our buildings to the needs of our tenants in order to create valuable spaces where people can share information, be creative, interact and build a culture and spirit that allows them to grow a business. Such environments cannot be substituted. We have seen that even though it is possible to run a business from home, it is very difficult to evolve it without the social networking and interactions between colleagues in a shared space.”

These assets need to be “future-proofed” in terms of offering an attractive user experience, Gebauer noted. “Around the world companies face challenges to find and retain talent, which is why it’s key to be able to offer office schemes with future-proof characteristics in terms of ESG requirements, digitalization, flexibility of use, connectivity and features that can improve the health and well-being of the buildings’ tenants,” he said.

On the digital enhancements front, Allianz is now working on installing smart devices across 500,000 square meters of European office space, which will enable the investor to make data-based decisions on how to improve tenants’ well-being. “The devices will be installed in common areas and will collect data related to user satisfaction, utilities consumption, technical performance, air quality, comfort, people traffic, occupancy and services adoption,” said Gebauer. “Device types include proximity sensors, counting sensors, smart locks and community apps, among others.”

The transaction not only confirms Allianz’s long-term bet on prime office assets in prime locations, it shows a particular confidence in the Paris market. “Paris and its nearest surrounding suburbs, included within the Métropole du Grand Paris, continue to be very attractive within our investment strategy. The excellent location was a key driver behind our acquisition of the two prime office buildings, alongside their exceptional architectural quality and high environmental standards.”

With the two Citylights assets, Allianz’s French real estate equity portfolio now stands at €8.7 billion in assets under management, which represents 17 percent of the company’s €52.3 billion in European AUM. Globally, the company has €40.5 billion invested in the office sector, which accounts for half of its global exposure to real estate.

On the lending side, Allianz’s pan-European debt fund, which pools capital from within the group’s insurance companies as well as third-party investors, now has €3.4 billion in assets under management. The company recently closed its largest European debt deal yet, a £400 million ($516 million; €440 million) loan provided to family-owned investment firm Lazari Investment for the financing of a portfolio of five prime office buildings across central London.

Despite the sector’s continued uncertainty, multi-asset managers will continue to see European offices as an attractive income generator despite the muted prospects of rental growth over the next 12 months, according to Savills’ latest investment outlook on the market. “The yield spread between Paris CBD offices and French 10-year government bonds had reached in August 310 basis points, the highest level on record and almost double the historic average of 163 bps. Similarly, the Big 7 German office-sovereign bond yield spread currently stands at 340 bps, maintaining the attraction of CBD offices against alternative asset classes,” said Savills.