Conversations with real estate lenders, borrowers and debt advisors since lockdowns came into force across Europe suggest that, in most circumstances, new loan deals are not on the cards. Europe’s property debt providers are largely focused on working with their sponsors to ensure existing loans continue to perform.

For the most part, the deals that have closed in recent weeks were in train before the crisis took hold. Each deal that completes is one that the lender and borrower clearly believe makes sense, notwithstanding the coronavirus turmoil. Here are five to know about:

Citi’s luxury hotels financing: Lockdowns have hit the hotel sector hard, but Constellation Hotels’ £340 million (€390 million) 10-year refinancing of two super-prime London assets – the Berkeley and the Connaught – suggests trophy assets can still attract finance. US bank Citi arranged the syndicated loan, which is understood to have been agreed on March 23, the day the UK went into lockdown.

Allianz’s Dublin office deal: On April 20, insurance company subsidiary Allianz Real Estate financed investor GLL Real Estate Partners’ purchase of a prime Dublin office asset – Bishop’s Square – several weeks into Ireland’s strict lockdown. The loan amount was undisclosed, but GLL was reported to have bought the building for around €180 million. Allianz’s European debt boss, Roland Fuchs, said the deal fit the company’s focus on prime assets in prime locations. He argued it would deliver value to its investors “even in the volatile situation we find ourselves in today”.

Natixis backs Henderson Park in Berlin: Natixis Pfandbriefbank, the German arm of French lender Natixis, backed an office investment with a value-add angle to it, in a deal sister publication Real Estate Capital reported on April 22. The bank provided €129.5 million, including €8.25 million of capital expenditure, to private equity real estate investor Henderson Park for the acquisition of four office buildings in the Schützenquartier complex in Berlin’s central Mitte area. Henderson Park now has a €500 million portfolio in Germany. The company’s founder Nick Weber said the city’s “constrained supply” made the deal attractive.

AIB’s student refinancing: Like hospitality, student housing has been thrown into uncertainty by the pandemic. However, on April 24, Empiric Student Property, which owns and operates prime student accommodation across the UK, managed to refinance £32.8 million of debt that was due to expire in October. The four-year extension was granted by its existing lender, the UK arm of Irish bank AIB. Empiric even locked in lower pricing: 1.7 percent over LIBOR, down from 2.25 percent. The deal shows that incumbent lenders will be keen to stick with relationship sponsors in certain cases.

Lloyds’ housing development loan: Construction finance is off the table for many right now. However, UK bank Lloyds provided £36 million of new debt on top of the £60 million it has provided since 2013 for an ongoing project. The loan backs 223 homes as part of a major housing-led development in east London: Aberfeldy Village, backed by EcoWorld London, a subsidiary of Malaysian developer EcoWorld International, and housing association Poplar HARCA. Lenders have proved keen to finance in-demand London housing schemes in recent years. However, the uncertainty in the construction industry will test lenders’ appetites for development financing in the coming months. 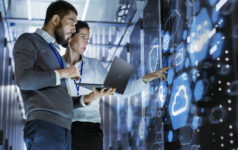 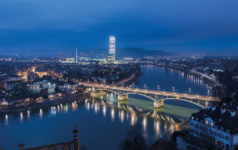 LP Tearsheet 12 hours ago
Added to your Saved Articles
Loading
Unsave Article
Please confirm you would like to remove this article from your saved articles.
Share with other subscribers
Only logged in subscribers of this site will be able to access the shared article.