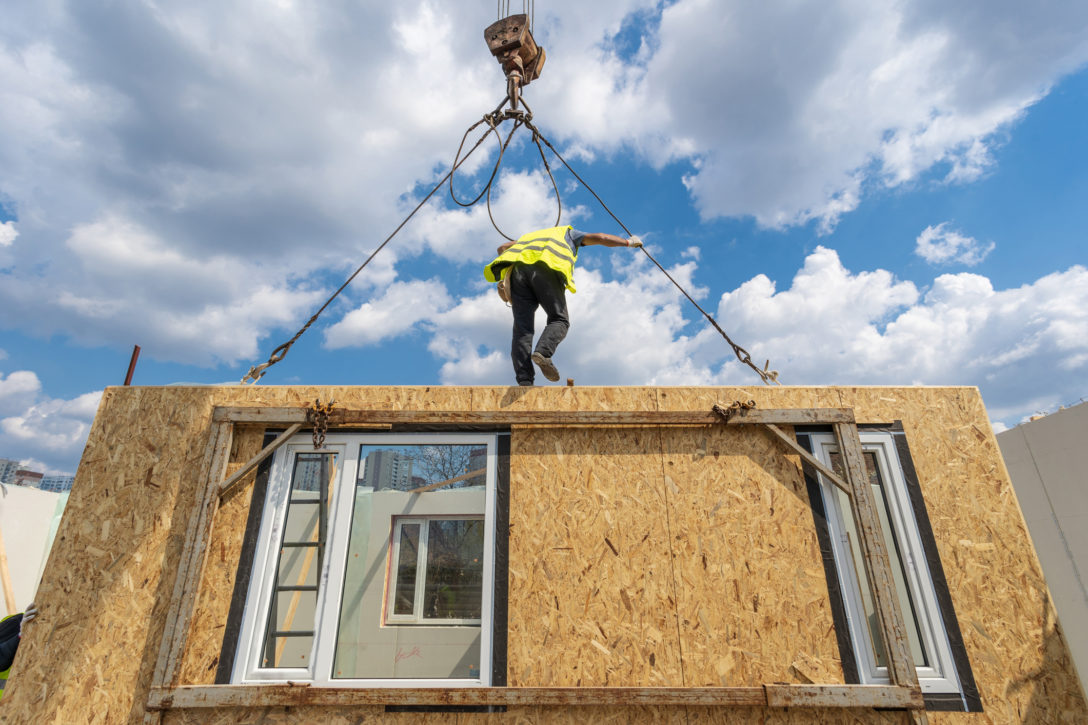 Growing appetite for purpose-built rental housing – also known as build-to-rent, or multifamily – has been proven in well-established markets like the US, where the sector accounts for 29 percent of the country’s total real estate investment, according to consultancy firm Savills.

Investors are increasingly targeting build-to-rent in Europe and Asia-Pacific, too, but there are certain markets within these regions – namely the UK, Spain and Australia – where the sector is still nascent and set for big growth. Although in its early days, the UK is one of the fastest-growing European markets for this purpose-built rental model, attracting nearly £3.5 billion ($4.9 billion; €4 billion) in 2020, with Q3 representing the largest single quarter of build-to-rent activity on record, Savills’ figures show.

Despite the challenges 2020 brought with the coronavirus pandemic, the UK development pipeline grew 17 percent year-on-year, including 37,000 units under construction and 89,000 in planning, according to research from consultancy Colliers, published in Q4 2020.

“While UK build-to-rent has undoubtedly grown significantly in recent years – and there is rightly a lot of excitement about its potential – the truth is the sector is still very much in its infancy, and that means there is still huge scope for growth,” says John Dunkerley, chief executive and co-founder of Apache Capital Partners, which is active in key regional cities in partnership with developer Moda Living.

“We see the ‘new normal’ created by covid as benefiting our model of highly serviced, high amenities build-to-rent,” Dunkerley says. “Post-pandemic renters will want space to work and relax and we know of other operators looking to add more amenities to their schemes as a result.”

Last year, there were 4.44 million households in the UK that rented their home from a private landlord. But with a build-to-rent pipeline totaling 126,000 units, institutionally owned homes make up only a tiny fraction of total private rental housing stock – and even less is truly designed and built from the ground up for rent. “With the number of potential customers only predicted to keep growing, and there being a preexisting undersupply of high-quality rental housing, there is a clear investment – and political – case for build-to-rent,” Dunkerley argues.

According to consultancy CBRE, future demand for rental accommodation will be strongest in UK towns and cities outside London. The UK’s capital, however, is where more capital has been flowing to over the past few years.

“The truth is the sector is still very much in its infancy, and that means there is still huge scope for growth”

Matthew Pullen, chief executive of Apo Group, a specialist residential management firm, is working with institutional investors seeking opportunities in London on deals which are typically underwritten on the basis of unlevered returns of around 8 percent IRR (or 10 percent plus levered), but where there is significant potential to outperform. “In this market, it’s easy to make a compelling investment case to even the most conservative institutional investor, but it’s the practical reality of getting from that point to creating the stock and managing it where the challenge is,” Pullen says.

One of the headwinds to have slowed the growth of the sector is that most housebuilders haven’t yet embraced multifamily housing for rental. Rather, they have traditionally seen it as an opportunity for bulk disposal when the sales market is slow.

Because of that mindset, they have tended to favor forward funding as the basis for those disposals to a much greater extent than seen in an established market like the US, Pullen explains. “One impact is that with the forward funding price fixed up front, the housebuilder and investor aren’t aligned in relation to performance of the completed asset.”

Despite challenges, Pullen believes the London market is underpinned by “strong” supply/demand dynamics. “We tend to focus on mid-market rental, where it’s clear there is significant demand,” Pullen says. “Research for one of our current schemes showed that over 1.5 million private renters in London could afford to live there, giving us a really deep target market. It’s harder to get that level of comfort in other UK cities, even the largest like Birmingham and Manchester, so we see the risk profile there as distinctly different.”

According to Savills, about 2.3 million of privately renting households live in suburban locations, with less than 1 percent of this provided by institutional landlords. “Should suburban [build-to-rent] grow its market share to 35 percent (805,000 households), we estimate there is an opportunity for investors to allocate over £230 billion into the sector,” the consultancy firm says.

Spain: Beyond Madrid and Barcelona

Elsewhere in Europe, the market for purpose-built rental housing in Spain is heating up, after attracting over €2.3 billion of investment in 2020 alone – a notable uptick on 2019’s €1.1 billion, according to Savills’ figures.

“We have identified no less than 15 players who are actively looking for products of these characteristics in Spain and, although there are far fewer who have closed deals, about every month the list keeps growing,” de la Fuente says. “In the first investment wave, there were investors focusing mainly on Madrid and Barcelona, the two most dynamic Spanish property markets, and from 2021 we have begun to see more players who, given the lack of opportunities in these two major cities, are moving to other locations, such as Valencia or Malaga.”

De la Fuente explains returns of a stabilized asset in prime locations of a major city are around 3 percent, while in secondary locations returns are typically about 5 percent.

“Returns are tight due to the current liquidity scenario where investors are looking to allocate equity on a defensive market such as residential for rent,” says Borja Varela, alternative assets director at Colliers Spain. “The pandemic, in some way, has led to the entry of more capital with a value-add profile since last summer, seeking levered returns from 12 to 14 percent, as they participate in the initial development phase.”

Varela argues that, due to the imbalance between supply and demand, the pandemic will not have a significant effect in the Spanish build-to-rent market.

De la Fuente adds: “The opportunity lies in the affordable space. You can create an ad-hoc product to rent, which can be optimized from the management point of view to increase the profitability per square meter.

“That’s easier in the outskirts of cities, through ground up developments. Several funds are targeting this segment because it’s very easily replicable and there will always be a need for rental housing in dynamic areas experiencing population growth.”

According to Colliers, housing developers would need to build between 1 million and 1.5 million units in the Spanish market if it reached European levels for renting accommodation. The market currently has about 1,800 operational units, while a pipeline of 17,400 units is expected by the end of 2022.

Australia: ‘Coming off a very low base’

On the other side of the world, the Australian build-to-rent pipeline has also gained steam. It expanded by 68 percent over the past year, with 40 projects and the total number of units approaching 15,000 – a new high for the asset class, according to CBRE.

This comes as large international players like Greystar are launching funds in Australia. As the pipeline continues to expand, the aggregate size of the market is currently estimated to exceed A$10 billion ($7.7 billion; €6.4 billion), with an additional A$3 billion-A$5 billion in projects currently under consideration or at various stages of due diligence, the consultancy firm adds.

“The build-to-rent sector is in its infancy in Australia and, while there’s a lot of institutional demand because it’s a scalable opportunity and there should be market demand for the product, there are still quite a few unknowns with respect to the performance of the asset class. I think we are going to see moderate investor demand now, waiting to see some performance before it accelerates once again.”

Beyond these promising markets, the industry anticipates multifamily housing will grow rapidly in global gateway cities where rising urbanization, smaller households and the challenge of housing affordability mean that more people will be renting for longer.

Attracted by these long-term demand drivers, investors will continue to unlock opportunities in the expanding sector of purpose-built rental housing.